Colombia’s banking sector has flourished as a result of sound economic performance, backed by solid macroeconomic reforms and tight regulation.

While many countries saw their economies battered by the global financial crisis, Colombia managed to emerge relatively unscathed thanks to its forward-looking central bank, which had implemented stringent banking regulations in the wake of the country’s own banking crisis in the late 1990s.

“Prior to the Lehman Brothers crisis, the Colombian central bank, ministry of finance and financial superintendence created a package of measures that gave breathing space to the economy,” says Gerardo Hernandez, Colombia’s financial superintendent. “When the crisis came, Colombia was in a much more solid situation than many of its neighbors.” The superintendence had put a hold on profit sharing by financial institutions to ensure they had cash to cushion the impact of a future shock, although as Hernandez points out, when the time came, banks were solvent and liquid enough that the cushion wasn’t needed.

“If you’ve suffered a violent blow, you become wiser,” points out Maria Mercedes Cuellar, who led Asobancaria, the Colombian Banking Association, for eight years until stepping down in January 2015 to run the Latin American Banking Federation (Felaban). Indeed, Colombia’s wisdom saw it maintain healthy economic growth in the immediate wake of the global crash. Consolidating this success, the Santos administration has accumulated a strong record of structural reforms to promote macroeconomic stability. Within this framework, Colombia’s banks have consistently outperformed their peers. Prudent financial management and careful monitoring are key for the banking sector, which this year superintendent Hernandez estimates will grow by around 10 percent. The next step is a strategic plan which will bring the sector up to speed on international best practice in risk-based capital requirements and counter-cyclical buffers. 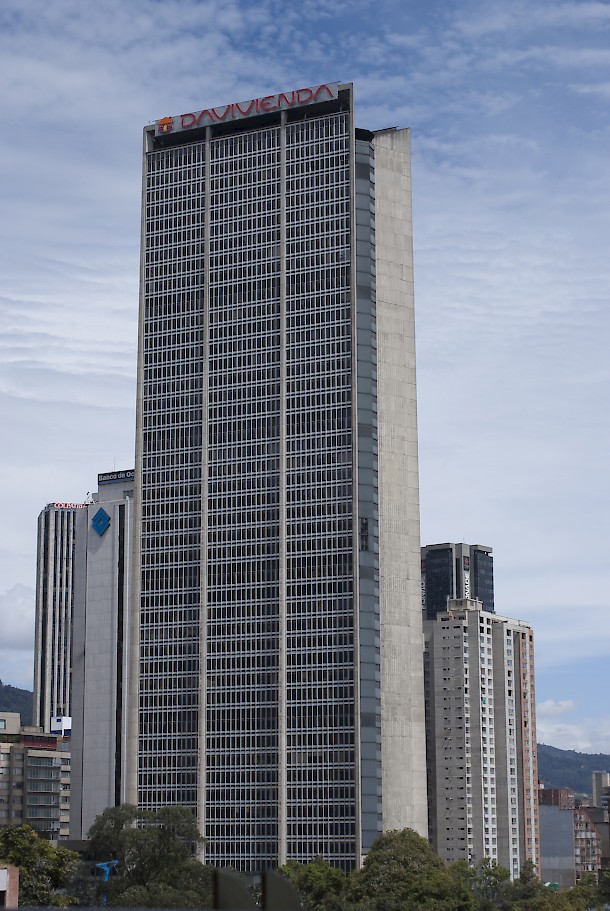 One of the tallest buildings in Latin America, the Davivienda tower in Bogota is a local landmark. Photo: Bogota District Tourism institute

Building on this strong foundation, the country’s banks are now looking beyond their borders. Medellin-based Bancolombia, which has grown to handle 42 percent of the financial transactions in the country, started its internationalization process when it opened a branch in Panama. In recent years, it has rapidly expanded, acquiring other banks around the region. “Today we are a universal bank with a regional presence and 10 million clients,” says CEO Carlos Raul Yepes Jimenez.

“Investment is being made in other countries in Latin America, which is something that never happened before in Colombia. For one reason or another, Colombia’s relations have always been with the U.S. and Europe, and any financial exchange with neighboring countries has been negligible,” adds Felaban’s Cuellar. But it works both ways: Latin American and other international banks are now entering Colombia, lured by its strong performance and increasingly affluent domestic market. This increased competition has forced the country’s financial institutions to specialize in niche sectors.

“Today we have a lot of small banks which used to be different types of institutions and have now specialized as microcredit banks or in credit cards or in automobile sales. All of this has served to benefit consumers,” adds Cuellar.

As a result of recent economic growth, the country is thriving. The lower classes are now receiving higher incomes and the middle class is increasing in size and purchasing power. “Colombia is a country that, in four or five years, has doubled its per-capita income. As people’s incomes have increased, so too have their assets and obligations,” says Jorge Enrique Uribe, President of Seguros Bolivar, one of the country’s leading insurance firms, which has seen demand surge as the needs of the population have changed.

“When the crisis came, Colombia was in a much more solid situation than many of its neighbors.”

Financial inclusion, too, has become a priority. According to figures from five years ago, a quarter of the country’s municipalities had no banking access, but there has been much progress – so much so that Bancolombia now boasts of having branches in all “32 Colombian departments,” according to its CEO, who recounts a story that sums up the ever-changing landscape of the Colombian banking system. “A cattle rancher told me that he used to keep his cash inside a bag under the wood shavings in the bottom of a truck. That is how he used to carry his earnings from one location to another, and it took 10 hours, and he always prayed that it would not be discovered in a guerrilla attack. Now this man works differently; he has a Bancolombia bank branch where he gets help with everything he needs.”

It’s currently estimated that 72 percent of the population has access to a bank account – a figure that is literally growing every day. And as Colombia’s banking sector matures, so too does the world’s confidence in its soundness. A recent $1 billion bond issue placed by the government on the global debt market gained the participation of 236 institutional investors – the largest number for any sovereign long bond issuance in Colombian history. Achieving the lowest interest rate the country has paid so far in international debt, it demonstrated not only the strong appetite of international investors for Colombian bonds, but confidence in the institutions and economic policies of the country. Today, with responsible day to day management of what has become a booming banking sector, it is easy to understand why there’s such growing optimism in Colombia. 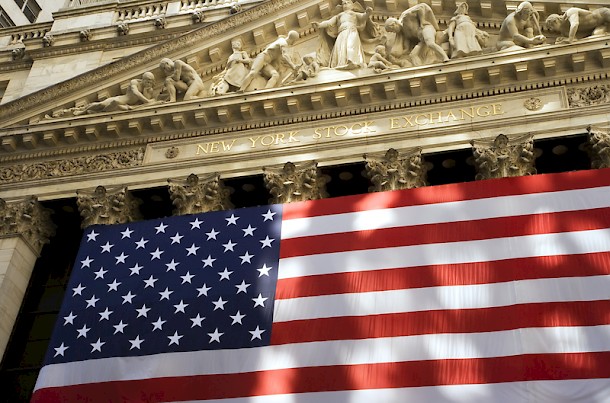 From Bogota to the Big Apple

There are a dozen strong-performing Colombian companies listed on the New York Stock Exchange (NYSE), as economic growth has spurred a wave of international expansion. Grupo Aval is the latest Colombian financial institution to list on the bourse, while Bancolombia listed 20 years ago. “This means that our organization started out with superior standards many years ago, because were were not bound to Colombian legislation but to U.S. legislation,” said Bancolombia CEO Carlos Raul Yepes Jimenez. “As a result, everything relating to corporate governance, conflicts of interest, auditing, compensation, the way our board works and our reports lives up to much higher standards.”