A leader in business travel

A major South American capital well-suited for the tourist and executive alike, Bogota looks to become a businessperson’s paradise.

According to figures, 85 percent of the people who travel to the Colombian capital annually do so to hammer out business deals. But city officials have now embarked on new strategies to convince people that Bogota has a lot to offer when it comes to sightseeing, fine restaurants, artisan shops, growing night and music scenes, museums and more.

Another of the city’s main attractions is the Gold Museum, where more than 55,000 pieces of gold and other artifacts from the pre-Hispanic period are on display. Nearby, artist Fernando Botero’s signature rotund figures in paintings and sculptures can be found at the museum that bears his name. Finely decorated with religious figures and paintings, Santa Clara Church is considered to be one of the city’s oldest places for Catholic worship – another must-see in the Colombian capital.

But there is more to Bogota than its colonial city center. Tourism in the capital has spread to the suburbs, where weekend excursions for spectacular sightseeing drives and relaxing meals have become popular, especially in the Cundinamarca district. 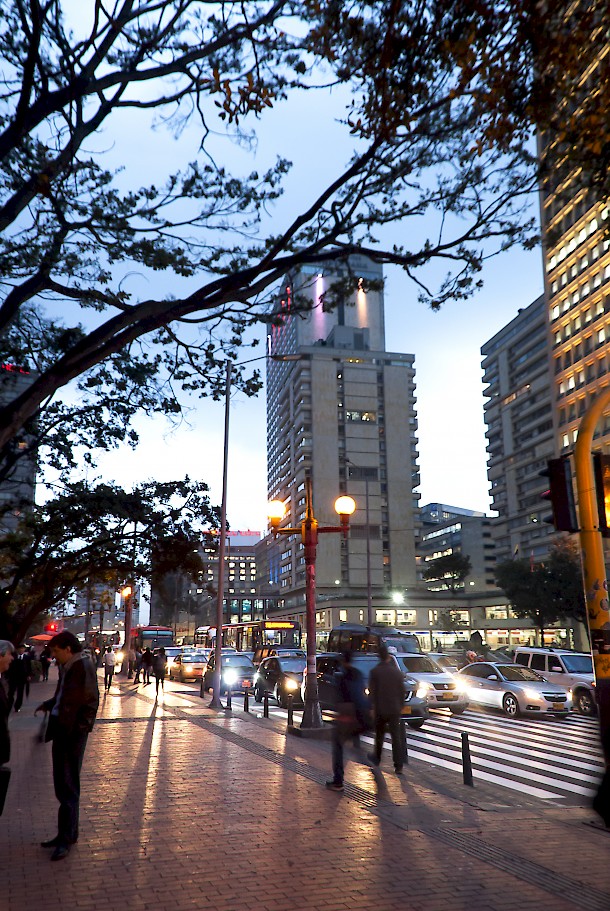 There are plenty of outdoor activities available in outlying towns such as La Calera, Sopo, Suesca and Chia, which is also home to the University of La Sabana and a large shopping mall filled with popular brands. Lately, the Colombian government has also been encouraging more people to go out and explore the natural beauty that surrounds this busy capital, which can reach up to 11,000 feet above sea level in some areas.

“One of the biggest challenges is to sell Bogota in Bogota, since the majority who live here are not from the capital,” says Tatiana Piñeros Laverde, the director of the Bogota District Tourism Institute (IDT). “If we can accomplish showing people how vibrant this city is, then everyone can appreciate its sense of being.” The first transsexual official to be appointed to the municipal government, Piñeros is eager to celebrate the city’s diversity. “Bogota is no longer the backward city it was 15 or 20 years ago, but an avant-garde urban center.”