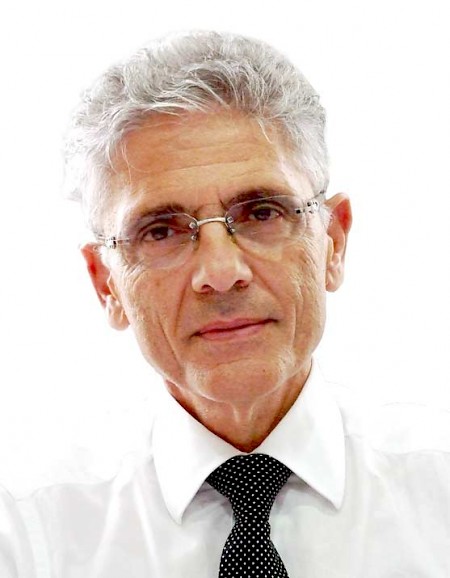 In mid-March 2014, Enemalta, Malta’s energy supplier, signed an agreement with Shanghai Electric Power (SEP), a subsidiary of state-owned China Power Investment, to take a 33 percent stake in the company. This landmark strategic agreement, worth €320 million, will not only slash Enemalta’s debts by nearly half, but also paves the way for further Chinese investment in the country’s energy sector. Charles Mangion, Enemalta’s chairman, met with The Report Company to explain what the deal means for the company.

The Report Company: What does this agreement with Shanghai Electric Power entail and what are the expectations for this deal?

Charles Mangion: This deal follows the MOU that was signed originally in September 2013 in China. With regards to energy there were three major objectives; investment in Enemalta, investment in the renewables sector, and also the setting up of the energy services sector which will service the investments of SEP and other entities within the European Union, North Africa and the MENA countries. These last two projects will give an international dimension to Enemalta which is something 100 percent new. Enemalta has been operating in Malta for many years but this international dimension which is incorporated in the agreement is a very exciting prospect because it creates new ventures and objectives as well as new job opportunities and new careers for our people.

TRC: What are the plans in order to transform Enemalta into a profitable business?

CM: There are various initiatives that have been taken. The first thing that was addressed was the generation. Generation depending on heavy fuel oil had two fundamental flaws. It depends on oil which is in itself very unstable when it comes to prices. It’s also not environmentally friendly. Therefore it was very costly for Enemalta to generate electricity. At the same time, it was harming the environment which created additional costs.

With the switch to LNG-generated energy, we are definitely addressing the environment and cost issues related to electricity generation. It will become a substantially cheaper and cleaner process. The new energy mix and the resulting improvement in air quality also eliminates the negative consequences of heavy fuel oil emissions on the wellbeing of people in the Maltese Islands. .

Also, through the ElectroGas agreement, the cost of energy has been fixed for five years. This brings stability to the economy on the macro level for the next five years. Maintaining competitive prices after the lapse of five years is of utmost priority, and the restructuring we are planning aims at positioning Enemalta to become an efficient and profitable entity.

The second initiative of this process was to attract a strategic partner. We identified Shanghai Electric Power as it is one of the leading power companies with very strong electricity distribution and generation sectors, the two core operations of Enemalta. The long-term strategic alliance strengthens and creates new opportunities for Enemalta as this agreement facilitates knowledge transfer, technology and training for the benefit of the entity, employees and the country as a whole.

It’s important also to underline the investment, €320 million that will be directly invested in Enemalta. This reduces the debt exposure of Enemalta, reduces its financial costs and enhances to a great extent its cashflow.

To address our internal weaknesses, we are engaged in an aggressive drive to reduce non-technical losses to bring them to a level comparable with other small EU countries. We are also carrying out a reorganisation at management level and going down to the various sectors, redeploying employees and maximising their utilisation, whilst ensuring that all employees retain their job.

“The switch to a more efficient energy mix will not only improve the air quality and environmental conditions but will also give Enemalta price stability.”

TRC: How do you see the impact of the new gas plant on Malta’s competitiveness?

CM: The energy mix is currently fully dependent on heavy fuel oil and this had a negative impact on the financial situation of Enemalta. The switch to a more efficient energy mix will not only improve the air quality and environmental conditions but will also give Enemalta price stability.

In actual fact, with the fuel oil we had the highest cost of energy in the European Union. This undermined competitiveness. With the new mix this will be highly improved and will enhance competitiveness. We are reducing prices by 25 percent at the residential level and next year at the commercial level, which means quite a lot to all our economic operators across different sectors.

TRC: How confident are you that Malta will be able to stop depending on oil by 2015?

CM: I’m fully confident that our objectives will be met this year and next year and the timeframe will be maintained.

TRC: The Chinese deal has involved several areas, but doesn’t involve the petroleum division of Enemalta. What are the plans for this division?

CM: The petroleum operations are not the core competence of Shanghai Electric Power. We always agreed that the petroleum division would be carved off as the government has other plans for it.

TRC: What is Enemalta doing to minimise the environmental impact of the switch to gas?

CM: I can assure you that all the necessary reports that were required by our health and safety authorities have been undertaken and submitted. We are abiding by all EU environmental and safety rules. If new reports or clarifications are deemed necessary we won’t hesitate to provide them. It’s vital to have this project on track and within the fixed timeframe, however there are more important priorities for us; consumer satisfaction, environmental consideration and health and safety issues are more important. I am very confident that all these issues have been thoroughly addressed to ensure the best safety conditions and the best environmental protection.

TRC: The MOU signed with Shanghai Electric includes the assembly of photovoltaic units in Malta. Some critics say that this is an attempt by China to use Malta as an entry to the EU, thus circumventing anti-dumping regulations. What is your comment on that?

CM: The EU and China have already addressed the issue of dumping through their own trade agreement. The joint venture that we are foreseeing will operate within the parameters of this EU agreement. Initially, it will be based on the development of renewable power plants, largely within the European Union. We want to make sure first of all that all the ventures that we enter into are economically feasible and profitable.

We foresee the setting up of renewable plants abroad which will create new opportunities for the services sector, and this falls in line with how we are envisioning the growth and development of the Maltese economy in the future. We won’t exclude any possibility that creates good jobs for the Maltese people.

“We foresee the setting up of renewable plants abroad which will create new opportunities for the services sector.”

TRC: Works to connect Malta’s national grid to Italy are underway. When will this project be completed and what impact will it have on Malta?

TRC: In order for the energy sector to grow, in your view what improvements, changes or reforms need to be made?

CM: We already have the institutions in place, such as the resources authority that regulates the tariff structure. The recent decision to reduce tariffs, will have a vitally important positive impact on our economy at the macro level. We already have an above average GDP growth rate compared to other EU countries and the tariffs will have a greater impact in the coming years. We anticipate that our economic growth will be even higher than the rest of the Eurozone as a result.

I’m sure that the government will make sure that all the regulatory structures are in place and if one foresees that some reform is needed the government will regulate this sector to render it more competitive and to create the necessary environment for investment to grow and flourish. The government as a catalyst has to create that environment and nurture the required investment mentality. The financial services sector is so successful because we have a good regulatory structure. I expect the same thing for the energy sector.

TRC: What do you think should be the role of the private sector within the energy sector in Malta?

CM: I will emphasise the fact that the government has maintained a majority role in this new process. I’m underlining this because this government chose a strategic partner. This means there will be transfer of technology and capital transfer as well as new measures introduced into the organisation to render it effective and efficient. This is a strategic alliance with a world leader in the energy sector and that can only mean positive results. I’m really very excited when I speak about this. The coming few years are going to be very positive.

TRC: What is your outlook for the future and what do you want to achieve?

CM: I would like to see Enemalta reach the objectives that we have identified. I would like to see Enemalta becoming more commercially orientated but principally securing the jobs of our employees and providing new career opportunities for our young people. I think this is all achievable; it’s not a dream. I’m sure that we are on the right track to achieve it for the benefit of Enemalta, for its employees and for the country in general.