Alaska’s independent state governor, Bill Walker, walked into a financial storm when coming to office in 2014 when a sudden dip in oil prices threatened the very basis of the local economy. Having engineered financial solutions to the crisis, now he is looking to widen Alaskan horizons and tap into the opportunities offered increased trade with China, diversifying the economy and providing growth for future generations

What have you achieved since being elected governor of Alaska in 2014?

I should say that sometimes you come to office with one set of goals and circumstances determine that you end up having to deal with something else. Shortly after I came into office, the price of oil dropped to $26 a barrel. Alaska was set up to be funded 90 percent from the price of oil, and we were talking about a price of $110 to make the budget work. We were hurled into the biggest deficit in our state’s history, and we had to address that. We reduced budgets and closed facilities, but we are also blessed with a $65 billion sovereign wealth fund, so we knew we would have to draw on that. We have now passed legislation so that we can use a small slice of the fund to help fund a portion of government spending. That closed 80 percent of the gap and was a key moment in Alaska’s history. It was the first time we had made a turn we knew would have to be made one day.

You have recently returned from China, where you led the Opportunity Alaska trade mission that showcased a spectrum of investment and business opportunities for the Chinese in Alaska. How was the mission received?

It was received extremely well – and was my third trip to China in nine months. I wanted a broader connection this time, so I took over representatives from several industries, and not just oil and gas and seafood. When we went to Ali Baba, there was a lot of interest in some of the products represented on our trip, such as Alaskan craft beer, which could be sold in China. Also, we are the fifth-busiest cargo hub in the world because of all the planes that come to Alaska from Asia. So we have an opportunity to ship back seafood and other commodities directly to China, which is only seven and a half hours away by air. I ran for office because I’m a hunter of opportunities for Alaska. The opportunity with China really fits into my passion and my goals for Alaska. We’re a resource state, with $5 trillion of resources that we know of, but of course, there’s much more than that. We’re the only state in the nation that owns the resources we have in the ground, and I think we don’t use all the opportunities our resources offer us, particularly on the natural gas side of things.

“The gas line project is perfect for its time: the federal government wins, the national government of China wins, and Alaska wins”

What specific agreements have been developed that will shape the state’s future relationship with China?

The main one was last November with President Xi Jinping and President Donald Trump witnessing the signing of an agreement on the LNG pipeline. Since then, we have signed an MoU on sports cooperation, because when President Xi was in Anchorage, he asked if Chinese athletes could spend time here preparing for the 2022 Winter Olympics, which are to be held in Beijing. There was a tourism MoU signed between a group called Explore Fairbanks and a Chinese company.

Last year, you also received President Xi Jinping and his wife in Alaska and have been to China on several other occasions. How would you describe the current relationship between Alaska and China?

It’s almost a personal thing. The time we spent here with President Xi and Madame Peng was a very close experience, and then my wife, Donna Walker, received a personal invitation to be the keynote speaker at a women’s conference in China. When I was in China for the signing, there was a dinner after the ceremony and President Xi came over to me and he, Madame Peng and I had a nice discussion. It is a really important relationship at this time between the state of Alaska and China, and a great opportunity for both. Apart from the economics, there is a people-to-people opportunity side to this, and we’ve been offered scholarships for 20 students to spend five years in China

How could Alaska’s deepening relationship with China be affected by President Trump’s tough actions on trade?

While this has been going on, we have signed a joint development agreement with Sinopec, the Bank of China and China Investment Corp (CIC) on the Alaska Gasline project. We call it a trillion-dollar project because exports could be worth eight to 10 billion dollars a year and there is gas for a 100 years. I believe that projects on that scale are the ones that really make a difference, and because we are the closest state to China – seven to nine days in terms of shipping and we’re working on passenger flights, as well as cargo connections. It’s a good model for how to avoid a trade war.

“We are the fifth-busiest cargo hub in the world because of all the planes that come to Alaska from Asia. So we have an opportunity to ship back seafood and other commodities directly to China” 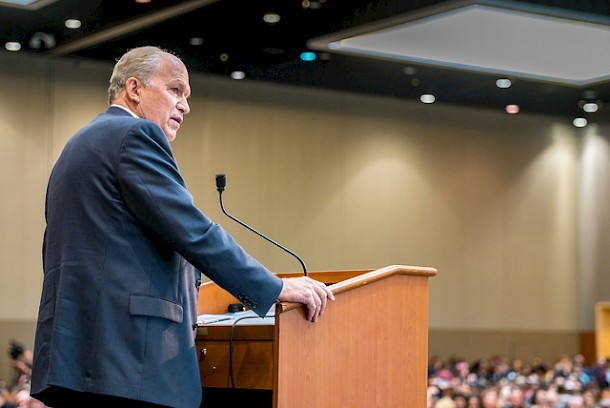 How close is this pipeline to becoming a reality and how could it benefit both China and Alaska?

I’d say it’s a reality; every day up in the north the gas comes out of the ground with the oil. We put the oil in a pipeline and put the gas back in the ground. We don’t need to find the gas; we just need to stop putting it in the ground and storing it there. It’s the largest stranded gas basin in the world. So, the gas is there, and the market is there because China has decided it wants to move to cleaner fuel sources and is now the second-largest buyer of LNG in the world. It will reduce their carbon emissions by 80 million tonnes per year, so that’s a significant step. And, furthermore, we are going to be able to use natural gas ourselves, bringing down our energy costs by around 50 percent and helping the economy to grow because of that, as well as cleaning the air. This is not to mention the positive impact it will have on the trade deficit, so it really is a win-win-win situation. The federal government wins, the national government of China wins, and Alaska wins, so it’s a perfect project at exactly the right time.

In a sea of red and blue, you are the only independent governor in the United States. How has that helped you negotiate on the federal level for your state?

I think it brings stability as I am able to work with different partners. I worked very closely with the Obama administration on healthcare issues, and now I’m able to work from day one with the Trump administration on resource development. It’s the best way to travel; I can tell whoever it may be that I am not a Republican and I’m not a Democrat, I’m just an Alaskan. And they can respect that. I’ve been able to have smooth and efficient dealings with the Obama and Trump administrations, and that’s critical for Alaska, especially considering that well over 60 percent of our land is owned by the federal government. We’re now going to be able to explore an area in the ANWR region where we believe there are 10 billion barrels of oil. The relationship is so important, whether it be to build a 12-mile road to connect a village to an airport or health and safety facilities. Trump has been personally very supportive of the gas line project.

What is the current state of the Alaskan economy and what are your forecasts for economic growth going into the future?

The first thing is to balance your checkbook. We’ve done that, and now that we’re 80 percent of the way there, we are seeing that the bond-rating agencies are improving our rating. The tide has turned. Our economy is on the rise. In the last year, we’ve seen more oil and gas lease sales than we had in a long time, so the evidence is there that companies and countries are interested in Alaska. Oil Search out of Australia has come here for the first time, as have others who see us as stable and a good long-term opportunity energy-wise. 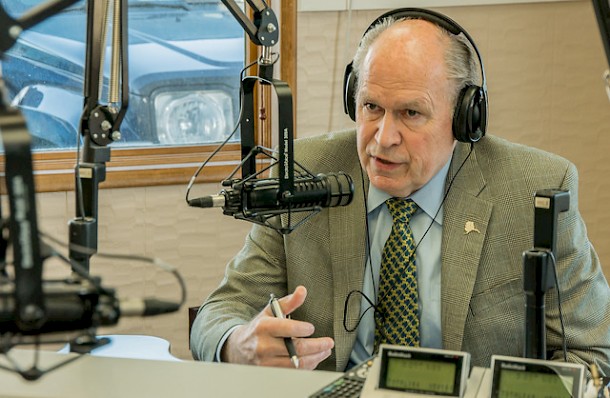 “Our economy is on the rise. In the last year, we’ve seen more oil and gas lease sales than we had in a long time”

When President Xi Jinping visited Alaska, he called it mythical, mystical and compared it to Shangri-La. How would you describe Alaska?

I think he was correct. I have just come back from Point Hope, the community with the longest-standing continuous community in North America. Alaska is very unique in very many ways. Whether it be Mount Denali, up on Yukon River or down in the southeast, we have so much to offer. It’s impossible to come to Alaska and not fulfill your goals because we have such a vast variety. Just after he made that remark, President Xi turned to me and said we would see an uptick in tourism from China, and boy have we seen that. Now we’re working to get a direct flight from China, which could then go on to Chicago or New York after stopping here. I think we’ll achieve that soon.

You are running to be governor again in the November 2018 elections. What is your long-term vision for Alaska, and what continues to motivate you to stay in the game?

I want the next generation to have the economic growth benefits I had as someone who was born in the state of Alaska. I didn’t become governor to make all the financial changes I did, but you have to play the hand you’re dealt. Now let’s go on to the next phase, and work on developing the economy so we export, not just oil, but other products. My mentor, a former governor called Wally Hickel, used to call me into his office and tell me to look at Alaska on the globe from the top down. You don’t see the Florida panhandle; what you see is Asia. Asia is our biggest trading partner. We’ve been shipping energy to Asia for 40 years, and I’m looking forward to developing this incredible relationship with China, our largest trading partner.