Hassans started out as a small family-run law firm some 75 years ago but is now the major player in the industry in Gibraltar. It has developed into a company that can hold its own among law firms in London and has expanded overseas, offering a whole gamut of different services to an ever-increasing international client base.

The founder of the firm, Joshua Hassans, was a long-serving chief minister of the territory, while current premier Fabian Picardo was a partner of the group – as was today’s education minister, Gilbert Licudi. In that respect, Hassans could be considered something of a nursery for future political leaders. Hassans has also played a key role in helping to draft rules and regulations, transforming the territory into an agile and vibrant onshore financial services centre.

Founded in 1939, Hassans has grown from humble beginnings and now has over 70 fully-trained professionals on its staff. Some 80 percent of Hassans’ business now is international. Law firms in Gibraltar have traditionally been family-based affairs, but Hassans was the first to invite external talent on board, and has since developed into a modern City-style outfit with separate divisions.

When Hassans’ officials go overseas in order to promote the firm, they also strive to promote Gibraltar as an efficient, transparent and compliant financial services jurisdiction. This lends itself to a situation of symbiosis in which overseas clients that they cannot handle because of a conflict of interests often end up going to other law firms in the territory. In a very real sense, Hassans flies the flag for Gibraltar as a whole. 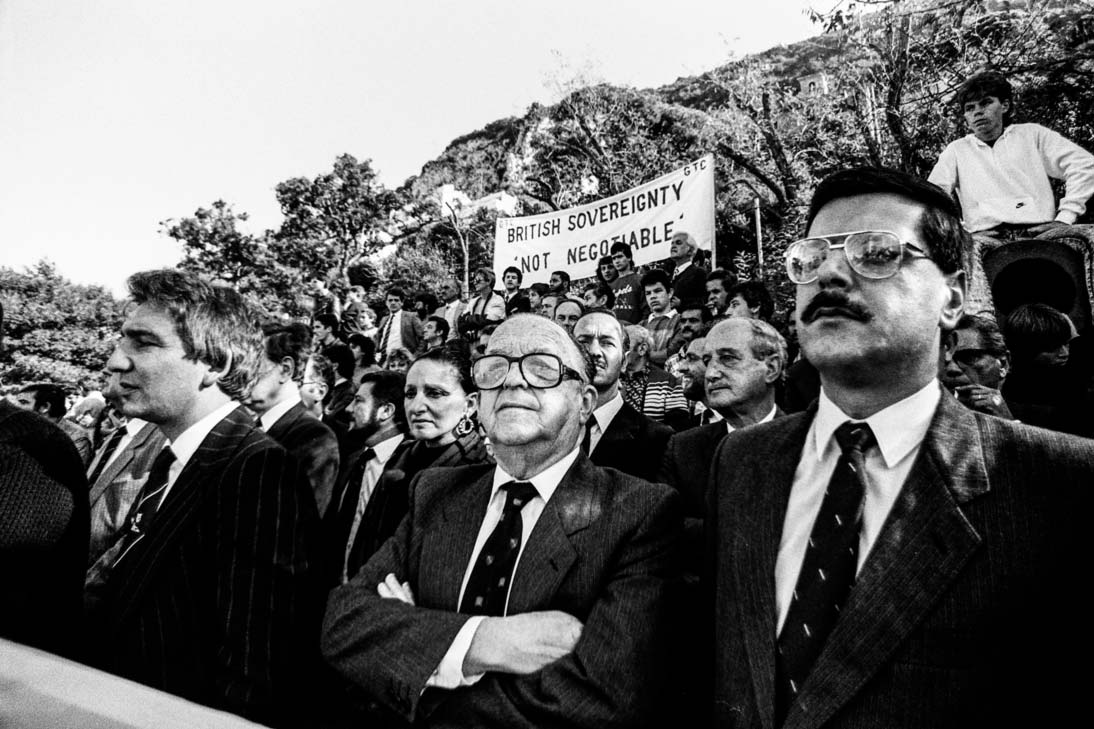 December 1987. Sir Joshua Hassan (chief minister) flanked by members of the government and opposition in a demonstration against plans by the UK to cede sovereignty of Gibraltar to Spain. Photo: DM Parody (www.dotcom.gi/photos)

Born 100 years ago, Joshua Hassan, the founder of leading law firm Hassans and long-standing chief minister, was nicknamed Salvador, which in Spanish means saviour. Like the biblical Joshua, who was a helper to Moses during the Israelites’ odyssey through the wilderness of Sinai, Hassan, in his own way, led Gibraltar through its own journey, fighting for the right for Gibraltarians to return to the Rock after their enforced evacuation in WWII to locations such as Casablanca, Britain, Madeira and Jamaica.

In 1942, Hassan joined the Association for the Advancement of Civil Rights in Gibraltar, set up to push for the evacuees’ repatriation, and went on to play a dominant role in local politics as an advocate of increased autonomy from Britain and the establishment of the territory’s own constitution and parliament. He resigned as chief minister in 1987.

At the time of his death in 1997, the then Chief Minister Peter Caruana said of Joshua: “No one has done more to establish and promote the identity and maintain the rights of the people of Gibraltar.”