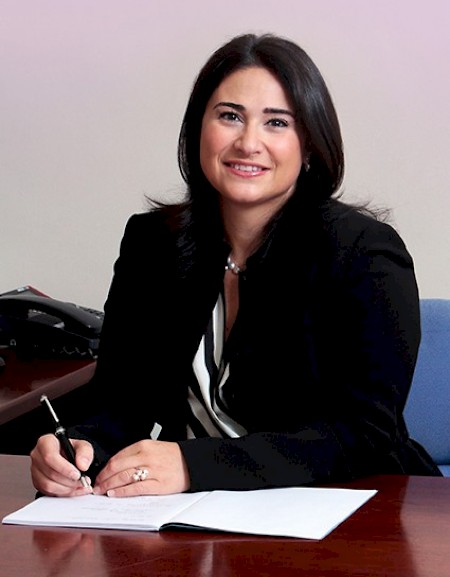 Samantha Sacramento worked in Wales as part of the legal team for the Commission for Racial Equality in Cardiff, before returning to her native Gibraltar to take up the role of minister for equality and social services in 2011. She took over the portfolio of tourism from her predecessor, Neil Costa, at the end of 2014. The Report Company met with her to find out her main priorities.

The Report Company: You recently took on the portfolio for tourism on top of an already busy schedule. Where does tourism fit in with the other areas of the ministry, and what was the rationale behind this change?

Samantha Sacramento: Tourism is a stand-alone ministry in itself and a very important area for the Gibraltar government and indeed the community. We have massively invested in upgrading the tourist product in the past three and a half years, as we recognised very early on that tourism has to be an important pillar of our economy. By successfully increasing Gibraltar’s global profile as an international leisure destination, we have secured an expansion of our tourist industry, and opened new markets together with our partners and stakeholders in the private sector. Our efficient, dynamic management of tourism has ensured growth and continuing economic prosperity for Gibraltar.

Reshuffles in government administrations are standard. The ministerial reshuffle that took place at the end of last year was designed to keep the forward momentum of our energetic administration, tweaking our collective.

TRC: You were the driving force behind securing the 47th Commonwealth Parliamentary Association Regional Conference in Gibraltar, which will take place in 2017.What impact do you expect the conference to have?

SS: I think the conference will have an important impact. It will help to improve a better mutual understanding both of the internal workings of such a complex, multinational organisation like the Commonwealth in our community, and also provide Gibraltar an international, influential platform to make its voice heard throughout the extended family of nations that constitute the Commonwealth. Indeed, the occasion will provide an excellent opportunity to showcase not only Gibraltar as a destination but also Gibraltar’s increasing presence as an attractive MICE destination and our desire to grow in importance in this segment of the tourism market.

I already hosted a Commonwealth Parliamentary Association conference earlier this year. I sit on the steering committee of the Commonwealth women parliamentarians for our region. This committee was formed two years ago and I offered to host the second annual conference which was open to all women parliamentarians of the British Islands and Mediterranean region, which was also attended by observers as far afield as Uganda and Bangladesh. The conference was a resounding success, not least, I am convinced, due to our location and hospitality.

TRC: What impact have the border controls and relations with Spain had on the tourism industry, and what is the current situation?

SS: The land border is an important point of entry, mainly for the daily visitors to the Rock, and Spanish border controls can create difficulties at times. However, we have a cruise liner terminal and an international airport which are unaffected by the situation at the frontier.

Gibraltar receives approximately 10 million visitors a year, most of whom come in through the land frontier with Spain. We also receive a considerable amount of visitors by air and by sea. Gibraltar has a strong tourist product, and our main tourist catchment area is the United Kingdom. Many of the tourists who come in through the border are British holidaymakers.

Of course the market of day trippers and shoppers from Spain is an important one that we welcome and wish to continue developing in coming years. We are always looking at proposals to open up new markets, and this year, we have seen the start of a new air route to Tangier and Casablanca to encourage tourism and business opportunities from our neighbours to the south.

The political situation in Spain is a matter for the people of Spain. As a democratic country, they will have an opportunity to elect the government of their choice later in the year. We are interested in having good cross-border relations with our neighbours but whether or not there is a change of government in Spain is a decision for the people of Spain. We do not comment on the internal affairs of other countries.

TRC: How is your ministry ensuring equality for all; be that in terms of gender, religion or physical ability; and what more needs to be done to embed a sense of equity throughout Gibraltarian society?

SS: We support equality, condemn all forms of discrimination under whatever guise it presents itself and have sought to eradicate all forms of prejudice, with a modern, progressive approach to legislation and socio-economic policy objectives.

Our government has already introduced new laws to allow for civil partnerships in Gibraltar, irrespective of sexual orientation. As a progressive administration, we have made the advancement of civil rights an important part of our political programme across the board. We have also introduced effective measures to improve accessibility to people with restricted mobility in our streets, in our buildings and in our beaches. We have invested in specialised equipment such as accessibility units to ensure that everyone can gain access to Gibraltar’s swimming areas. We are very sensitive to these issues, and are firmly committed to uphold the principle of equality in all areas of society through adequate investment and legislative initiatives. But we do not rest on our laurels and are therefore permanently vigilant to take prompt, remedial action wherever discrimination may rear its ugly head.

TRC: What defines Gibraltar’s tourism brand, its strengths and unique aspects, and what are your plans, as newly-appointed tourism minister, to enhance and expand it?

SS: This government has demonstrated a firm commitment to tourism and has invested heavily in developing out tourist product, particularly in enhancing the Upper Rock and its tourist attractions.

Gibraltar’s unique and tumultuous historical development and our past as a military fortress have impacted on the distinctive character of our tourist product, which has been shaped in modern times by our standing as a bustling, enterprising city with a busy port right at the crossroads of one of the major sea lanes in the world.

We have a rich history which goes back to the Neanderthal age, an incredible heritage that bears testament to the Rock’s successive Moorish, Spanish and British periods and remarkable architecture that has remained as the tangible footprint of those bygone eras. The uniqueness of our product consists in being able to achieve a perfect blend of the aforementioned with all the quality services that a modern leisure destination can offer its customers.

We have magnificent hotels and restaurants, casinos and yachting marinas, top quality entertainment in the form of international music and literary festivals, a nature reserve and botanical gardens. We are constantly reviewing our tourist product and have ambitious plans to continue to improve it and provide more services, attractions and amenities to visitors to ensure that we retain our competitive edge in the global market.

The policy of this government has been to pursue the expansion of our tourism sector with vigour and a clear focus.

TRC: To what extent is Gibraltar’s future expansion in the tourism sector, but also in housing, limited by its size? Is there still scope for increasing accommodation capacity?

SS: Obviously Gibraltar’s size limits our potential for physical expansion of infrastructure in general terms. Having said that, and within our limitations, we make the most of all available land, always ensuring that we obtain maximum economic benefit for it. All development proposals for available plots are carefully scrutinised and go through a very rigorous but transparent public planning process to ensure projects meet the required criteria in the best interests of the community.

We recently announced a landmark development of the Eastside reclamation, the Blue Water project, which will be the largest-ever inward investment in the history of Gibraltar. It is estimated at £1.1billion and will consist of a 70-berth superyacht marina by 2018. This project will be a major addition to our stylish tourist offer and will include luxury accommodation, a five-star hotel, a sea-facing promenade and other leisure areas.

TRC: What will the establishment of flights between Gibraltar and Tangier and Bristol have?

SS: We expect it to have a positive impact, as increased air connectivity to and from Gibraltar will ensure that we attract more visitors to the Rock from new destinations. This is our overriding priority in respect of the tourist industry.

We are working hard to develop our contacts in the air industry in the United Kingdom and generally, in order to add more air routes to those that are already offered by the Gibraltar International Airport to the UK. Air links are something we are very keen to continue to pursue and expand.

TRC: What would be the main focuses that characterise your time within this ministry, and what objectives do you aim to achieve during your term?

SS: As minister for tourism, the main aim of my time in this ministry is to increase the number of visitors to the Rock year on year, by boosting our appeal as a destination and ensuring that our tourist product is properly marketed and promoted.

We want to achieve increased arrivals both in terms of those who come to Gibraltar just to do shopping and spend a day touring the tourist sites, and the overnight visitors who stay in our hotels and spend a longer period of time with us. Both ends of the spectrum are important to us and we wish to attract even more in both categories. To achieve this, we have to increase the Rock’s air connectivity, continue to work in ensuring that Gibraltar remains the destination of choice for leisure breaks and a popular port of call for cruise ships in the western Mediterranean. We are constantly reviewing the tourist product, introducing upgrades and new amenities to remain ahead of the curve.

“We are constantly reviewing the tourist product, introducing upgrades and new amenities to remain ahead of the curve”