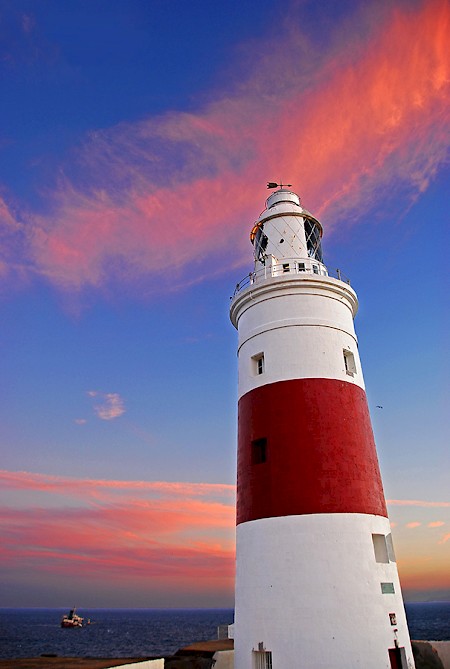 Gibraltar’s tourism sector is blending the timeless appeal of historical heritage with a five-star leisure experience. Catering to high-value visitors on the superyacht scene, the Rock is reinforcing its existing reputation as a getaway for the refined and worldly. However, with annual visitor numbers steadily increasing, the government’s creative rethink of the wider possibilities means Gibraltar is now attracting military history aficionados, nature-lovers and more.

Even the most hopeless student of history knows that people from different locations have coveted Gibraltar throughout the ages. But now the territory is increasingly opening its arms to a different sort of invasion: tourism. Gibraltar’s geographical singularity and vibrant history are the magical ingredients the territory’s tourism chiefs have to work with, while carefully building up modern-day infrastructure and services to complete a winning formula.

“It is a destination that is brimming with history, quality services and exciting visitor attractions that result in an unforgettable holiday experience,” says Nicky Guerrero, CEO of the Gibraltar Tourist Board.

The message is clearly filtering through. All told, some 10 million people cross the border into Gibraltar each year, with arrivals at Gibraltar’s airport topping 200,000 in 2014, doubling the annual figure at the start of the century. 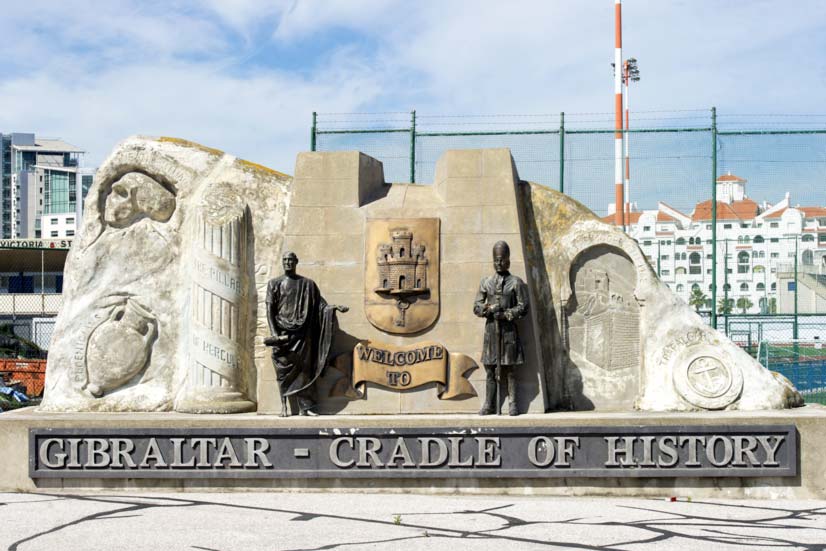 Cradle of history: this monument mirroring the outline of the Rock welcomes visitors to a destination which has a central place in human history. It includes references to the Neanderthals who inhabited the Rock long before modern man and Gibraltar’s mythological role as one of the pillars of Hercules. Photo: InfoGibraltar.

Most staggering is the around 792,000 visitors to the Upper Rock nature reserve last year, an eye-popping figure for a territory with around 30,000 inhabitants.

And it is the Rock which offers enduring appeal to visitors, from the geological majesty of St Michael’s Cave to the military heritage still redolent of the past battles which have forged Gibraltarian’s identity. Recalling that as recently as the 1960s, the Upper Rock was out of bounds due to military restrictions, Johnnie Gaggero, chairman of shipping and tourism company MH Bland, argues there are more riches to be revealed by improving access. Many miles of tunnels, “where Eisenhower’s headquarters can be found”, and the northern defences are yet to be exploited.

Down at sea level, much has been done to provide state-of-the-art visitor facilities, such as the £1.1bn Blue Water marina complex to boost the capacity for superyachts and stimulate luxury property development. Samantha Sacramento, whose mixed ministerial portfolio includes tourism, is determined to continue developing “all the quality services that a modern leisure destination can offer its customers”.

Just as Gibraltar is booming in financial terms, tourism too is seeking the higher ground.

The Neanderthals of Gibraltar

While today’s inhabitants are rightly proud of their long history of endurance, the Gibraltarians who occupied the Rock for longest were Neanderthals. The discovery of a female skull in Forbes’ Quarry in 1848 paved the way for a series of remarkable finds in what is now considered likely to have been the last stronghold of the species Homo neanderthalensis, the traces of which disappeared as recently as 23,000 years ago after inhabiting the many caves around the Rock and surrounding coastal plain before sea levels rose.

Gorham’s Cave, extending 40 metres into the cliffs of Gibraltar, was where the species survived longer than anywhere else, providing Clive Finlayson, director of the Gibraltar Museum, with powerful and poignant finds, including charcoal hearths, knife blades and scrapers used to cure hides, and even, it is claimed, artwork in an astonishing 2012 discovery which challenged many assumptions about the species’ supposed intellectual inferiority compared to Homo sapiens.

The abstract engraving in the rock “brings the Neanderthals closer to us, yet again”, Professor Finlayson said last year when the discovery was presented to the world.

But the species which, like us, took care to bury its dead, would run out of time after 100,000 years in Gibraltar. As the climate turned cold and arid between 25,500 and 22,500 years ago, the remaining inhabitants of Gorham’s Cave became too few to resist the threats brought by inbreeding and possibly disease as their once-abundant food supplies from the sea and land diminished. 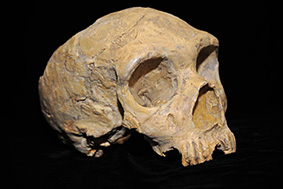 Increased air links and better access for yachts and cruise ships are crucial to taking tourism in Gibraltar to the next level. The Blue Water development will eventually provide berths for 70 superyachts, but in the meantime yacht arrivals reached 2,373 last year and 79 cruise ships stopped by in the first half of 2015 alone.

Regarding air traffic, diversification from the traditional mainstay of flights from London’s airports is a new priority. Recently opened routes include an EasyJet flight from Bristol and Royal Air Maroc flights from Tangier and Casablanca, connecting Gibraltar to a new market to the south of the Strait.