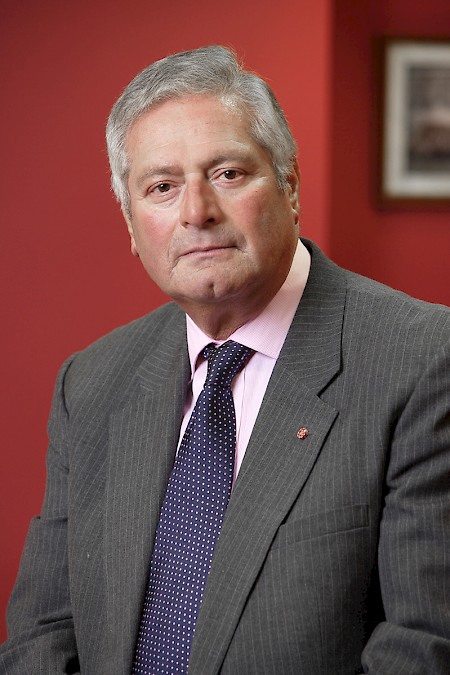 Albert Poggio was appointed United Kingdom representative for the government of Gibraltar in 1988. With a remit covering liaison with the House of Parliament and the House of Lords as well as all Whitehall departments, his brief involves promoting Gibraltar’s interests in the UK and advising on areas of work which may have a detrimental effect on the territory. A key figure in the establishment of the annual Gibraltar Day celebrations, he works to raise awareness among the business community of what Gibraltar has to offer.

The Report Company: You have been representing Gibraltar in the UK since 1988. What would you highlight as the major developments during your time in the role, and how has your work evolved?

Albert Poggio: The most impactful change, which came just prior to this period, was the full opening of the frontier with Spain, which was closed by Franco in 1969. The frontier fully reopened in 1985. In essence, this began a new era of commerce for Gibraltar as businesses were able to trade freely into Spain and Europe. It was certainly the start of the rapid growth of Gibraltar’s tourism industry, which remains a pillar of the economy today.

In 1985, Gibraltar’s visitor numbers were restricted to arrivals by air and sea and totalled approximately 100,000 visitors per annum. In the past year, visitor numbers reached close to 11 million. The introduction of scheduled airline carriers and leading tour operators has driven this market, together with the UK Gibraltar Tourism Association which was formed in the early 1990s in London, to assist Gibraltar’s suppliers and the UK travel trade in collaborating with the tourist board to promote the destination to the travelling public. Today, Gibraltar’s appeal is spreading rapidly and it continues to attract a more global audience, assisted by its reputation as a leading financial centre.

Gibraltar’s product has continued to improve through successive governments with a continually strengthening infrastructure, which appeals to traditional markets.

Gibraltar’s financial services sector has become globally recognised as being administered in a strong legal and governmental jurisdiction, while remaining competitive. Good governance has also assisted the appeal and development of the online gaming community.

Not to be forgotten as a central contributor to Gibraltar’s economy is the strength of Gibraltar’s port services. Gibraltar’s bunkering facilities service international ships all year round, while the destination welcomes almost 200 cruise ships a year.

TRC: How has the unique history of Gibraltar, from the evacuation to the closed frontier, shaped its people and the spirit of the Gibraltarians?

TRC: You were instrumental in setting up the Gibraltar Day events in London over the years, and the events have now expanded around the globe. What was the rationale behind Gibraltar Day, and how would you appraise the impact of the event?

AP: Gibraltar Day evolved out of a willingness to illustrate to the City of London the sophistication of Gibraltar and its businesses. It remains a pivotal platform to show how Gibraltar has moved forward from a military-led economy to developing the three main pillars of the Gibraltar economy today. Gibraltar Day has grown in stature and is highly important. It currently stands at five events over a 48-hour period, with 1,500 people in attendance.

TRC: One of your first initiatives as chairman of the Gibraltar Group was the establishment of charter flights between the UK and Gibraltar. Why was this so important?

AP: During the early years of Franco’s closure of the frontier, some Gibraltarians felt trapped within the Rock’s six square kilometres and felt the need to get away. I started a group called the Gibraltar Group, which was an association of Gibraltarians in the UK, specifically to help those who chose to move to London to find jobs and accommodation. We also assumed the role of looking after Gibraltarian patients who were sent to London for health reasons. As the association evolved, we introduced charter flights to and from Gibraltar at very reasonable prices. This allowed people to get away for a holiday and for those that had immigrated the opportunity to go home.

TRC: What would you identify as the biggest intersections of interest for businesses in Gibraltar and the UK, and where would you like to see further collaboration?

AP: Gibraltar Day in London draws the parallels between commercial interests in London and Gibraltar. Gibraltar’s corporate businesses are predominantly international, and they are globally recognised. Most enjoy existing full collaboration with business communities across the UK and beyond.

TRC: How optimistic are you about Gibraltar’s future?

AP: One must applaud the commercial successes of Gibraltarian businesses despite the difficulties they encounter from time to time through unnecessary difficulties with neighbouring Spain. To this end, I would like to one day see a more harmonious relationship that would prove to be mutually beneficial to inhabitants both sides of the border.

Gibraltar’s GDP is increasing year on year by roughly eight percent. It has just announced the largest inward investment into the economy with the launch of Westside Gibraltar, a £1.1 billion development which will include mooring for superyachts, together with another five-star hotel and luxury apartment complex and shopping district. As a destination, Gibraltar’s appeal continues to grow for both global investors and visitors. It continues to reinvest in its infrastructure and we are excited about the benefits to business from the development of the new World Trade Center, which is due for completion in 2017. Gibraltar’s future is looking extremely bright.