After seven painful years recovering from reckless and uncontrolled expansion by the local banks, Iceland has given its economy a rebirth along sustainable lines.

It’s been around for 18 million years, ever since the 103,000 square kilometres of lava that would become Iceland rose majestically from the Atlantic Ocean. The people arrived 1,100 years ago and grew to some 320,000, equivalent to the population of Coventry.

Despite the remoteness of its location, the island’s men and women have some remarkable achievements to their credit. The World Economic Forum’s (WEC) Global Gender Gap Rankings put Iceland top for gender equality among 142 nations monitored. The first known militant action in pursuit of equal treatment came in 1975 when around 90 percent of the women went on strike for 24 hours. The women who worked as typesetters at the Morgunbladid newspaper showed they had pragmatic common sense as well as principle.  As soon as midnight and the end time for the strike arrived, they went to work to prepare stories for the following day’s issue, which was dedicated to their strike.

“There is a great potential towards more environmental sustainability in Iceland”

A decade later, the country’s women repeated their protest and were supported by the president, Vigdís Finnbogadóttir, a single mother who stayed at home in solidarity with the strikers. By contrast, the US and the UK were placed 20th and 26th in the WEC gender equality list. Iceland’s birth rate of 2.2 children per women is the highest in Europe, making half its population under 35.

Another unique feature of the society stems directly from the financial crisis. At the beginning of November, 2015, a former bank executive became the 26th person to be jailed in connection with the crashes of 2008. Between them, the men are serving 74 years. No top bank executive in the US or Europe has been charged with any offence.

The ill-fated venture into international finance that caused the closure of the three main banks and the imprisonment of the management has been abandoned. This leaves Iceland with opportunities to run a much more balanced and sustainable economy. 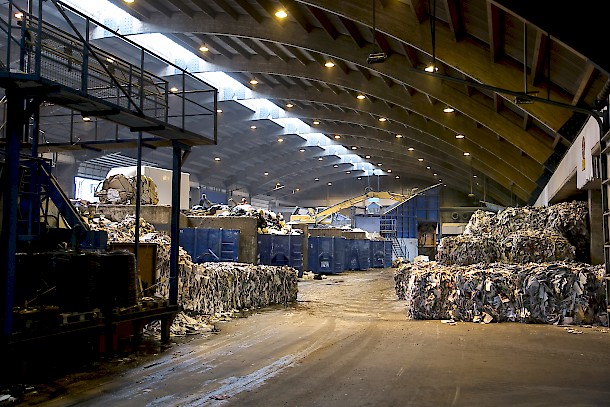 As Höskuldur H. Ólafsson, CEO of the new Arion Bank, put it, “If you go back 20 years, it was basically fishing and aluminium. Now we have the tourism industry as an equal to the other two pillars, and a growing IT-related business.” Fishing provides 42 percent of Iceland’s exports. Recycling waste into either bio-fuel or solid fuel also has the potential to grow over time to be an export earner. “We plan to produce solid fuel from plastics, timber, rubber and so on,” said Björn Halldórsson, CEO of waste management company Sorpa.

“We plan to produce solid fuel from plastics, timber, rubber, and so on”

Due to its geothermal and hydroelectric energy sources, Iceland is the world’s largest electricity producer per capita and with only 25 percent of potential output used domestically there is room for international sales. This basket of activities, along with the establishment of data centres, forms the basis of the sustainable economy, provided the fish keep breeding, although supplies are already being helped by increased numbers of mackerel as the Atlantic Ocean has slightly warmed.

Even football is prospering. After finishing second in the group stage of Euro 2016, the national team is gearing up for its first appearance in a major international tournament.