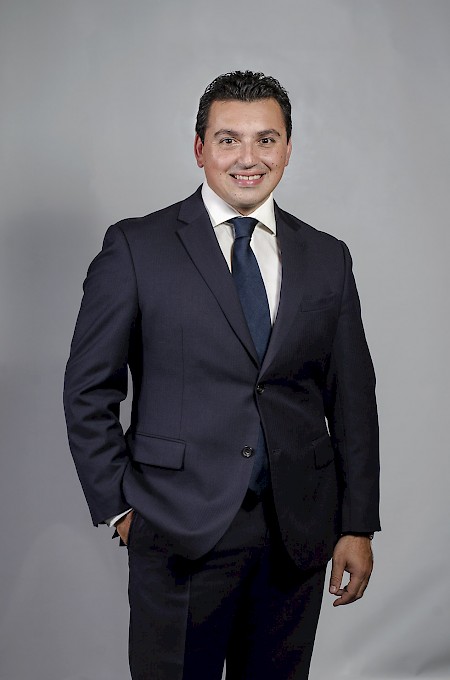 Located 10km south of the Port of Valletta, Malta Freeport was established in 1988 and has quickly become one of Europe’s busiest ports and a bustling transhipment hub for the Mediterranean. Malta Freeport Corporation regulates the Freeport zone and the operating companies which carry out the port activities. Aaron Farrugia, the corporation’s CEO, spoke to The Report Company about the Freeport’s role in realising Malta’s ambitions of becoming a major regional logistics centre.

The Report Company: How would you summarise Malta Freeport Corporations’ current operations and strategic development plan?

Aaron Farrugia: Malta Freeport Corporation which is the main authority on behalf of government. We are not the operators, although we were up until 2004, before the privatisation of container handling operations. Malta has only one free trade zone and this is it. There are three main operations going on; the first is container handling, the second is oil handling and the third is a gas and oil logistics base.

Apart from being the administrators of the free trade zone, we are also the regulators, and we are also the developers. Now for many years, the Freeport stopped expanding. The government and the entities here were quite happy with what was going on; we are the third largest port in the Mediterranean, we are doing more than 3 million TEUs in containers per year, it’s a success story. When I came here in 2013 the first thing I said was, we’re doing well, but I wanted to see where can we do better, so we started working on our vision to expand the free trade zone in Malta.

Our aim was to turn Malta into an international logistics hub, because we are the first port of call for many ships coming from the Far East, for example. The biggest vessels come here, they stop here, they discharge their containers, then the small feeders come here and take the containers to Europe and North Africa, so this is how Malta is being used. What we are saying is this: you have all these containers coming here and 95% of them are for transhipment purposes. We can make an opportunity of this of giving added value to those things passing through Malta. We can also provide pre-customs clearance, so the moment the container arrives in its destination country, for example Spain, it can move out of the port in a couple of minutes.

We can also add value, for example in doing labelling in Arabic for goods destined for North Africa, or the certification of Halal food. All these things can be done in our free trade zone.

“Our aim is to turn Malta into an international logistics hub.”

TRC: Do you expect to have to expand the free trade zone in order to be able to offer these services?

AF: We don’t have any space on the free trade zone which is presently unoccupied. Malta needs a bigger free trade zone where a number of warehouses, a logistics park and an industrial park can be accommodated. Then of course you can add ancillary services such as an exhibition centre, so a German entrepreneur wanting to purchase Chinese machinery can come here to Malta, visit this exhibition centre and purchase the goods without having to go to Shanghai. We could add a financial centre, a conference centre, a hotel, and all these things together can make Malta Europe’s and the Mediterranean’s logistics hub. This would be similar to what is happening in Singapore or in Jebel Ali.

This vision is doable. What we need now is to work on it. We have a national logistics policy and the government is exploring ways and means to accommodate additional free trade zones here in Malta but also to make use of the potential proximity that there is between the airport and the Freeport. There is only six kilometres’ distance between the two, so we can have air cargo and ship cargo together. You can have material coming in by ship and leaving by air. We need to expand and we need to dream on and keep working on this challenge.

TRC: How close are you to making this plan a reality?

AF: There are foreign and local parties who are interested in building and operating this new logistics hub. Most probably it will be a public-private partnership. I’ve recently visited Oman, Dubai and Jebel Ali; we are working with the authorities there and informing each other on how we are proceeding on the potential possibilities of working together.

Malta has done really well in the pharmaceutical industry and in the i-gaming industry but we need to look into new areas. Logistics is one possibility and the prime minister has been quoted as saying that Malta will become an international logistics hub, so we have the backing of the government and the prime minister. We now have go from connection to execution. We have to find the potential partners and move on and build this.

“The demand is huge. I’ve been bombarded by foreign and local investors.”

TRC: What further opportunities are you focussing on?

AF: There is also a potential for Malta in the bunkering industry. The ministry for economic affairs are working on that and we might be involved as some sort of regulator in bunkering.

Libya has been used for many years as a logistics hub where people can store their goods and move freely into North Africa, but with the difficulties that there are right now and the security threats, many companies are moving out of Libya. We would like to step in and fill that gap, accommodating those companies which were using Libya for their storage. We don’t have large amounts of land here in Malta, so we have to work wisely. We need a product with a certain amount of value. We cannot store oil rigs on land, for example. We have to attract high value products.

TRC: What interest are you seeing from foreign investors in the Freeport?

AF: The demand is huge. I’ve been bombarded by foreign and local investors who would like to have a warehouse in the free trade zone. What we have is just three warehouses, maybe four, maximum, which are on the terminal and they are taking the space of the containers, so we would like to remove those warehouses, move them elsewhere and leave the room for the container handling. Government is eyeing the possibility of having land reclamation in the port.

TRC: What makes the Freeport attractive to investors?

AF: Malta is well-positioned, geographically speaking. We are six nautical miles from the main trade route between the Suez Canal and Gibraltar, so Malta is naturally a first port of call. The next closest port to the trade route is 46 nautical miles away and the greater the distance, the greater the costs in terms of time and money, so people want to be here in Malta. We are the closest to North Africa and North Africa is a place where many investors want to tap into. The Algerian market, for example, is doing very well, and the demand for consumer goods is rising.

“Malta is well-positioned, geographically speaking. We are six nautical miles from the main trade route between the Suez Canal and Gibraltar, so Malta is naturally a first port of call.”

TRC: You have spoken in the past about your desire to have jurisdiction of the sea under the control of the Malta Freeport Corporation rather than Transport Malta. What progress have you made on this issue?

AF: I still believe to this very day that the jurisdiction of the sea of the Port of Malta should be in the hands of Malta Freeport Corporation. To date, it is still in the hands of Transport Malta. It’s not a struggle of power between two government authorities, but we do feel that as we are a one-stop shop for all our clients, we need to be able to give them a service in a couple of hours’ time. All services should be given through one location and this would be this place. So far we are working on reaching an agreement.

TRC: What do you want to achieve during your time in this role?

AF: We have achieved a lot already. We managed to get through the financial crisis with our heads up, with the free trade zone expanding and growing notwithstanding the financial difficulties that the world was facing. My biggest challenge now is to see the new logistics hub being built up and seeing it operating. It was something which I envisioned myself when I came here with my team and it has the backing and endorsement of government and I strongly believe that by the end of this year we can reach an agreement with a consortium of local and foreign entities to start building this logistics hub and see the fruit of it for the next generations.