Malta has a rich, varied and well-preserved cultural heritage and a fascinating history of which the open, welcoming Maltese can rightly feel proud as the manifestation of their unique southern Mediterranean identity. This small, strategically-placed island state has made canny use of its membership of the European Union and the service-oriented, diversified and stable domestic economy is flourishing.

Given its strategic position in the southern Mediterranean close to North Africa and the Middle East, it not surprising that the Maltese archipelago has had many foreign rulers for various periods of time throughout its history, from the Phoenicians, to the Carthaginians, the Romans, the Moors, the Sicilians, the Knights of St John, briefly the French under Napoleon and lastly the British for over 160 years before the island state gained independence. The end result today is a unique blend of many, often contradictory, elements that have come together to create a small state of some 450,000 people with a strong sense of their own unique identity as the only European country whose first language is of Semitic origin.

After Britain disbanded its naval base in Malta in the wake of geopolitical changes and advances in military technology, the country was obliged to shift the focus of its economic activity. Following entry into the European Union in 2004 and the euro-zone in 2008, the Maltese economy has taken off and currently enjoys growth rates well above the average of its European partners. With its beaches and southern Mediterranean climate, and a well-preserved cultural heritage, tourism has become a pillar of the economy, with Malta annually attracting numbers of overseas visitors that exceed its own population by over four times.

Part of the attractiveness of Malta as a holiday destination is the warmth and openness of its people. But having come under siege during different periods, the Maltese have also shown resilience and defiance of the odds. Charismatic former prime minister Dom Mintoff was famously quoted as saying: “For every blow we receive, we give back two, and for every two we give four.”

Malta has also now set itself up as a vibrant, innovative services-based economy. With a thriving financial sector and online gaming industry, it is continually looking to innovate and diversify. Now, as it prepares for its presidency of the European Council in 2017, Malta is ready to show the world what it has to offer.

“For every blow we receive, we give back two, and for every two we give four.”

Former prime minister Dom Mintoff, in reference to the Maltese people’s proven resilience and defiance in the face of daunting challenges 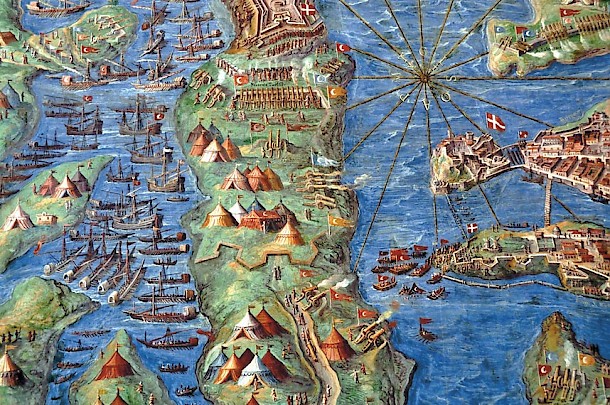 The Great Siege of Malta, painted between 1580 and 1583 by Italian priest Ignazio Danti, is kept in the Gallery of Maps in the Vatican

Defeat was never a viable option

The people of Malta this year have been holding a series of celebrations to commemorate the 450th anniversary of the courage and spirit of resistance shown by the Order of the Knights of Saint John of Jerusalem, or Knights Hospitaller; soldiers recruited from Spain and Greece; and the civilian population in surviving an attempt by the far greater forces of the Ottoman Empire to seize control of the island. Malta defied the blockade for more than three months until Spain sent its army to lift the siege.

Considered as a major military event in the history of Malta, it was one of the major battles in the history of Europe, viewed as a victory for Christianity over Islam. Indeed, the French writer Voltaire was quoted as saying that “nothing is so well known as the siege of Malta,” while nineteenth century Scottish novelist Walter Scott wrote an historical novel about it, which was only published in 2008.

The siege was lifted on September 8, 1565 when the Turkish fleet up-anchored and the Ottomans abandoned their efforts to conquer the island. The 8th September, Victory Day, is a national holiday in Malta. The triumph against overwhelming odds is seen as an historical and potent stepping stone to Malta’s sense of nationhood based on depth of character, resilience and self-sacrifice.

The triumph of the Knights of St John, who were put in charge of Malta by mandate of the Holy Roman Emperor Charles V in 1530, consolidated their ruling position as the guardians of the Christian faith in the country until the invasion by French troops at the end of the 18th century.
The Knights were led by the order’s grandmaster, Jean Parisot de Valette. He later founded the capital of Valletta, conceived as a fortress city with magnificent buildings such as St John’s Co-Cathedral.

In honour of the cross they were destined to bear

During a key period in the World War II, close to starvation and having to face massive bombing by Italian and German bombers, the people of Malta resisted an Axis siege. In the recognition of their valour, King George VI of Britain awarded the Maltese people the highest civilian order, the George Cross. The British monarch said in a letter dated 15th April 1942 to Malta’s Governor Lieutenant General, Sir William Dobbie, that the cross was “to honour her brave people” and “to bear witness to a heroism and devotion that will long be famous in history.” The symbol of the award was incorporated into the Maltese national flag and both the letter and the original medal are housed in the war museum at Fort Saint Elmo in Valletta. 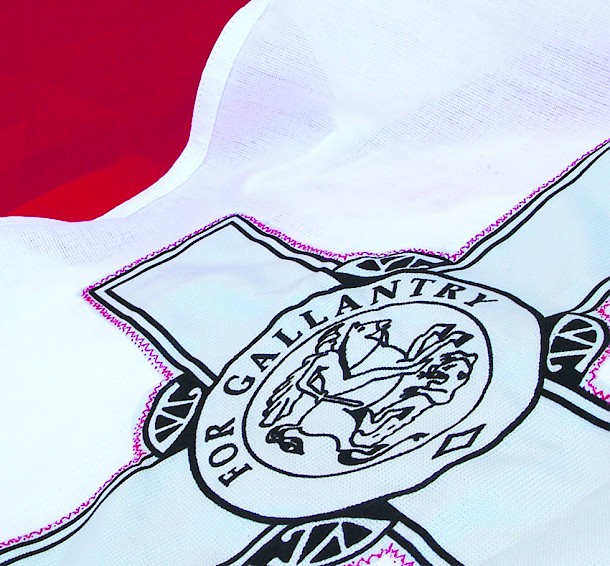