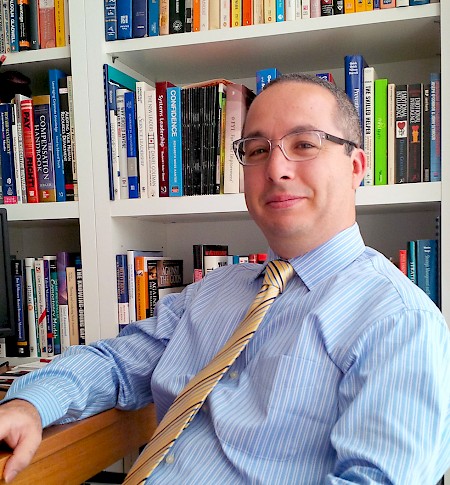 With the largest portfolio of industrial and commercial property in the country, Malta Industrial Parks (MIP) is responsible for the allocation of property for new investment projects, and the management and administration of all government-owned industrial parks in Malta and Gozo. CEO Joshua Zammit, who joined the company two years ago after working in the pharmaceutical and aviation industries, spoke to The Report Company about MIP’s role in welcoming investment to the country.

The Report Company: Since undergoing a financial restructuring programme, Malta Industrial Parks has cut costs and increased profits. What has been your formula to obtain these positive results?

Joshua Zammit: For us the main aim is sustainability of the company in order to ensure that our clients continue to invest and grow in Malta.  Having said that, we are also self-financing and therefore making a profit is nice and important because it helps us invest in projects of our own. Turning round the company has been a combination of very hard work and an improvement in our financial situation. When we came in, we took a very deep look at the financial sustainability of the company, and looked at the main pillars of the organisation, from our operations to our people. Initially, the financial situation wasn’t good, and we needed to stabilise the company and make it sustainable, so we carried out a massive financial restructuring of the company. We looked at all of our liabilities, we looked at all of the revenue that we were generating, and we took a long-term view out to the next 20 to 25 years.

We engaged our partners, our banks and the government as major shareholder, and we looked at all the numbers and basically restructured everything that could be restructured. This has made the company sustainable to a point that it can now pay all its dues. The numbers in 2014 were even better than in 2013, and 2015 is set to be another good year. Our costs have remained constant although we are doing a lot more work. We could not have done this without a great team. We have some very good professionals who are extremely dedicated, and it’s a pleasure working with them.

We are also working on our culture within the organisation as we want to instil a mindset which is closer to that of our clients than to the public sector. We want our people to understand that we are working with private investors who are putting their personal wealth in projects which are of benefit to this country and they are eager to see a return on their investment. Our role is to support that. No one owes this country anything. Everything that we have needs to be worked for. We are one of many organisations that are supporting investors coming into the country, and therefore we need to make sure that the investment makes sense for them, that it creates jobs, and that it creates wealth into Malta. That is the important thing, and to do that, we need to be efficient, flexible and able to react as quickly as possible to our client’s demands.

“Space is precious in this country, so we try as much as possible to maximise the space that we have.”

TRC: How does MIP overcome the growth limitations imposed on it by Malta’s size?

JZ: I have never been so sensitive to space than in this role. I think this is one of the few countries in the world where you have industrial space which is used by a number of other users. Space is precious in this country, so we try as much as possible to maximise the space that we have. Malta Industrial Parks has more or less two percent of the whole country’s surface area. We try as much as possible to balance out the demands that there are in order to use this space wisely. We have clients ranging from a one-man band needing a workshop to operate in. to organisations which are employing 2,000 people and exporting what they manufacture and who need big factories. At the same time we are entering the services and knowledge based industries and these brings with them different challenges. The whole spectrum of different industries has equally different demands and we try to manage all of that.

We generally try to use the space we have as intelligently as possible. Take height as an example, if there is a possibility of having a two-storey factory rather than a one-storey factory, we will support that. We are also using as much as possible property that we have, so whereas in the past we had very big factories of for example 10,000m², nowadays the demands are different so these big factories are being divided in such a way that a factory that used to be used by one company is now being used by six or seven companies. We are changing the infrastructure and changing the configuration. We also have a strategy of looking at new areas which currently may not be used, or which currently are being used inefficiently, and we go there and we try as much as possible to utilise that space.

TRC: Are there any specific types of new investments that you are more interested in attracting to Malta?

JZ: We are interested in anything which can bring a good return to this country. Any investment or any project that comes in, if it’s approved by Malta Enterprise or by some other entity, then we will find a space for it. From our point of view, we are extremely interested in the aviation sector, engineering, technology and software development based companies, pharmaceuticals, biosciences and life sciences.  We are also interested in SMEs because a huge proportion of our industry in Malta is made up of them.

TRC: What are your priorities in terms of upgrading infrastructure within the different industrial zones?

JZ: There has been a lot of investment over the last few years. We have invested over €16 million in four of the main industrial zones that we have, but this is a continuous project; we invest close to €1.5 million a year when it comes to maintenance. We embellish the spaces, we make sure that people can operate from them, we do upkeep and cleaning, and at the moment we are also looking at different models of how to do this.

“The aviation industry in Malta has seen very important growth, and we have been supporting the growth of that industry through infrastructure.”

TRC: What role do European Union funds play in the development strategy of the company?

JZ: Over the past 24 months, we have been allocating land and industrial space at a very fast rate, to such an extent that we are under immense pressure when it comes to space allocation. This means that the creation of new areas plays a very important role. Going forward, we are looking at a number of projects which are earmarked for EU funding, and as soon as the applications are open, then we will start working on that.  As you can see EU funding plays an important role for us.

TRC: What are your plans for the aviation sector?

JZ: Aviation is one of the success stories of this country. MIP plays quite an important role in this sector, because it is one of the largest operators when it comes to land related to the aviation industry. We have Safi Aviation Park, and in addition to that we have a number of parcels of land which are close to the airport with accessibility to the runway, which are managed by us as well. In fact we have the most diverse aviation related property portfolio on the Island.

In Safi Aviation Park, we’ve got two operators working from there, and together with a private investor we are building a third hangar, with an investment of about €16.5 million.  This company should start operations in the next 18 months and it will be the third company that will be operating from there. We are also developing three hangars for business aircraft (Code B) maintenance, repair and overhaul, using EU funds.

We have additional land around the airfield with direct access to the runway and which can be used for further hanger development.  In addition to this we are working on a further 70,000 m² of land which is planned as an aviation hub and aviation centre. We already have the Maltese Civil Aviation Department and an aviation IT company operating from there already, we are looking at having a new client operating from there very soon and we have space earmarked for a flight simulator.  In addition part of this land with direct access to the runway is earmarked for the future expansion of hangar space.

The aviation industry in Malta has seen very important growth, and we have been supporting the growth of that industry through infrastructure.

TRC: How can the cooperation between the government and the private sector be enhanced?

JZ: I think before you answer such a question, you need to appreciate the roles that both play. Although they support each other, they are two different sides. In my opinion, government has to be a regulator. Government should not operate anything itself, and that is not just the Maltese government but governments in general. The government has to create the environment and the space where the private sector can flourish. The public-private partnership model can work, but I think the private sector should be left to its own devices and given the space that it needs. It should have access to financing, good infrastructure, it should have the ability to be creative, and it’s only then that the private sector can move forward. The role of government is simply in making sure that it creates the right legislative and regulatory framework.