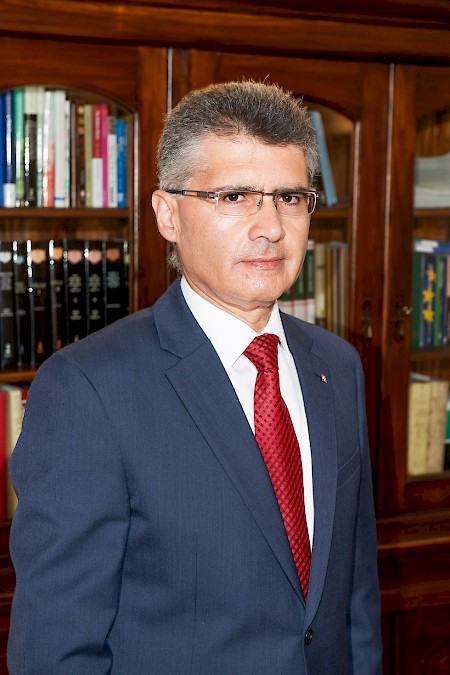 Malta’s new approach to tourism incorporates a welter of ideas that together amount practically to a revolution. Implementing national policy by extending the tourist year to include the quiet periods, developing attractions such as rural tourism, religious sites, health facilities and other niche segments, as well as monitoring tourist flow falls to the Malta Tourism Authority. Its CEO, Paul Bugeja, fills in the details.

The Report Company: What projects do you currently have underway to promote the tourism sector?

In terms of connectivity, we have improved airline accessibility by doubling the number of direct routes to reach 94 this year. In marketing, we are active in a vast number of markets spanning Europe, the Americas, Asia and the Middle East/North Africa with a mix of online and traditional marketing activities. Through quality product development, we are striving to stimulate upgrades in our hard and soft product and service offering, ranging from general infrastructural upgrades to investment in quality products and experiences supported by a better-trained workforce. The fourth and final pillar consists of the creation of a year-round calendar of events, aimed at giving prospective visitors more tangible reasons to visit the destination during all twelve months of the year.

TRC: How diversified is your tourism product portfolio?

PB: Malta possesses a very diversified tourism portfolio which enables it to attract various segments throughout all four seasons and twelve months of the year. The Maltese tourism industry has always been very adept at exploiting the island’s multifaceted nature to attract different types of tourism. Indeed, Malta today is one of the least seasonal tourism destinations in the Mediterranean. Whilst our standing as an established summer season destination is undisputable, we still need to achieve more in establishing ourselves as a strong off-peak cultural and activity destination through more accurate targeting and positioning in the different markets from which we aspire to generate low season growth.

“Malta has a 7,000-year unbroken line of human development and activity, so cultural tourism needs to rise.”

TRC: How do you strike a balance between promoting culture for high-end tourists while keeping up the sun and sea numbers?

PB: It is all a question of achieving a balance between the different types of tourists in the destination’s portfolio. Diversification is all about a healthy mix of tourist profiles and this also extends to a varied mix of socio-economic profiles. The challenge is not to exclude the lower contributors but to achieve better mixes of high and lower end visitors in line with the destination’s varied offer. Such different profiles need not necessarily be in conflict with each other and are actually very important in assisting the destination acquire the relevant critical masses and economies of scale relevant for the long term sustainability of the industry.

TRC: How is the ‘Malta Goes Rural’ project going?

PB: Rural holidays possess great potential as tourists increasingly search for authentic experiences which differentiate destinations. Malta has a small but interesting rural dimension, far more widespread in the north-west of the main island and on Gozo, which still preserves centuries-old traditions in terms of food production and the adaptation of the natural environment to the Mediterranean’s mild wet winters and warm dry summers. The project seeks to restore and present different facets of this rich heritage to add yet another dimension to the overall tourism offer.

TRC: What areas of improvement do you identify?

PB: We are in constant touch with government and private sector investors to address areas that emerge from our numerous visitor surveys as meriting improvement. Transport, road infrastructure and beach facilities are the items that visitors mention most as needing upgrades and we make sure messages are sent to the right quarters. Various infrastructure works on roads have been undertaken, such as the main coast road, which will be completed at the latest by the end of this year.

TRC: How will you increase the number of arrivals in autumn and winter?

PB: Malta has a 7,000-year unbroken line of human development and activity, so cultural tourism needs to rise to become a very important cornerstone of our strategy. In the peak summer months, when the tourists’ main reason for travel to the Mediterranean centres round the sun and the sea, the cultural dimension is offered as an added bonus, generating an experience that surpasses expectations, thus leading to a perception of value for money.

In quieter months, the urban/cultural dimension takes precedence. This would enable the destination to tap into the fragmented nature of off-peak tourism, featuring, for example, religious sites, ecology, health facilities, music, and sports events.

“Malta today is one of the least seasonal tourism destinations in the Mediterranean.”

TRC: Most tourists come from Western Europe. What other markets can be tapped?

PB: Within Europe, Malta possesses strong potential for growth from many markets, particularly Scandinavia, Eastern Europe, the Balkans, the Eastern Mediterranean, and the Iberian Peninsula. Even Germany, which currently stands at number three in the tourist source markets, can grow by extending Malta’s appeal to a wider base of potential travellers.

Outside Europe, Malta is seeking to increase tourism traffic from established markets such as North America and Japan whilst also tapping newer markets such as China, South Korea, the Arabian Gulf, India, and Brazil. These markets are passing through periods of unprecedented growth in long-haul travel and Malta believes that it possesses the right product to attract sufficient streams of visitors from these markets as well, given their interest in culture and uniqueness.

And talking of travel, we have improved airline accessibility to the island this year by doubling the number of direct routes to 94.

TRC: What infrastructure challenges are there?

PB: Infrastructural improvements are a continuous challenge in developed countries as economic growth and increased human economic and leisure activity place increased pressures on existing infrastructure which needs to be constantly updated and invested in. Malta is no different and addresses this with a healthy mix of public and private sector investments to ensure that it possesses an adequate infrastructural response to the sector’s needs.

Furthermore, our stated objective of spreading tourism more evenly throughout the year, and in different parts of the island, also has positive effects on easing infrastructural pressures as it reduces the extremes of peaks. Various separate infrastructural works on roads have been undertaken such as the coast main road which will be completed by latest end of this year. Other major interconnecting road works are planned thereafter.

TRC: What is your appraisal of national tourism policy for the period 2015-2020?

PB: The tourism policy for 2015-2020 is the fruit of an extensive consultation exercise, and incorporates the tourism sector’s and civil society’s inputs and objectives for the development of tourism to Malta over the next few years.

It provides clear direction on the basis of a medium-term vision aimed at increasing Maltese tourism in a sustainable manner whilst enhancing Malta’s competitiveness on the basis of improved quality, managed tourism flows, reduced seasonality and adequate infrastructure development.

MTA is currently working to fully integrate the policy into its strategies to ensure that all its actions and activities are in line with the direction coming from the policy document.