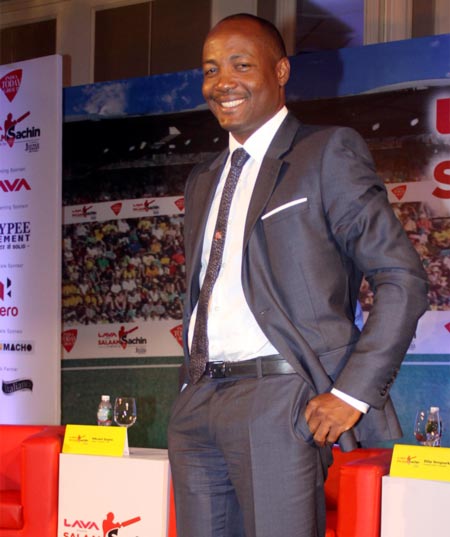 Former West Indian international cricket player and batsman extraordinaire Brian Lara met with The Report Company to discuss the objectives of his new role as sports ambassador for his home country, and talked about what opportunities exist for sports tourism in Trinidad and Tobago.

The Report Company: What has been the role of cricket in terms of nation-building for Trinidad and Tobago?

Brian Lara: First of all, not just speaking about Trinidad and Tobago, cricket is a Caribbean thing. The West Indies cricket team is the biggest sporting entity in the Caribbean. The best of the region’s players come together and form this team. We first played in 1928 and through the years right up to independence, cricket has always been the mainstay. It’s unifying and it also gives us an identity.

TRC: The West Indies is the only cricket team that is not a country; how does the collaboration between the different islands work?

I went through a period in the team where we were not very successful, coming off the back of the 1970s and the 1980s where we were the best team in the world, invincible, we went through the 1990s and up to now with very lean success. These were rough times. The island rivalry was very evident and people wanted to see their own players. The unity of West Indies cricket and West Indies people was tested and I found that we were lacking a bit of the general support.

I’m still not happy that I need my passport to go to Barbados or to go to Jamaica, even though I’ve played for the West Indies and I’ve been the West Indies captain. All these little differences are still there. Politically we are still very divided and I believe that as roughly 6-7 million people in the English-speaking Caribbean, we should have a more harmonious relationship in trade, sport, tourism and transportation.

TRC: Do you think that the West Indies will remain as a cricket team?

TRC: What opportunities are there for Trinidad and Tobago in sports tourism?

BL: I’m trying to bring the Trinidad and Tobago brand to the fore, especially in tourism and getting people to come to our country. They do come for investment; we’ve got the gas, but it’s important that people come and appreciate our island as an eco-tourism and sports tourism opportunity. We have a beautiful island; we’re not a Barbados but we have Tobago which is beautiful.

There is a niche market and sports tourism is the largest growing sector in the tourism landscape. We can bite into that. We’ve got the infrastructure. In terms of getting a larger share of the market I see no reason why we shouldn’t really go full steam ahead and see what we can do in sports tourism and eco-tourism as well. I personally believe that we have a beautiful country. Our major asset is our people and how friendly and affable they are.

One of our shortcomings in the tourism environment is that when you look at for instance Jamaica, a lot of tourists bypass Kingston and they head straight to Montego Bay. We don’t have that. I think we should try to develop our remote and beautiful areas. We have a huge influx of people for bird-watching, but rooms in those areas are scarce. I’d like to see some investment in the coastal areas where people can get away from the hustle and bustle.

“I’m trying to bring the Trinidad and Tobago brand to the fore, especially in tourism and getting people to come to our country. They do come for investment; we’ve got the gas, but it’s important that people come and appreciate our island as an eco-tourism and sports tourism opportunity.”

TRC: How does it feel to be a role model, and how do you take on that responsibility?

BL: It’s very important. As a sportsman you realise very quickly how short your career is and there’s so much life beyond that. We’re just 1.3 million people. People are always looking for role models, they’re always looking for someone to follow and it’s not like America where around every corner there is a superstar. Trinidad and Tobago is very small so we are straight into the minds of the youngsters in the country and therefore we have a responsibility, like it or not, to give back and reach out to them. I feel honoured to be a role model and I do know my responsibilities and sharing it with others is a good feeling.

TRC: What current projects are you engaged in?

BL: I’m concentrating on Trinidad, spending my time with my daughters first of all but also going back into sport and seeing what I can do to help to restructure sport and take part in think tanks to make things better for the youngsters. Tourism is always a big passion; I spend a lot of time on that trying to get people into Trinidad and show them what we have to offer. I’m really enjoying doing what I’m doing.

TRC: What is your objective for the future?

BL: To give Trinidad and Tobago a better identity. You can’t hide it. The outside world has some misgivings about Trinidad and Tobago but I love the place. This is where I was born and where I will die. My main focus with whichever government is in charge is to work alongside their policies and legislation that they put in place to ensure that we as a country benefit. I want to see Trinidad and Tobago as a better place for its citizens and also to make a better impression on the people of the world.