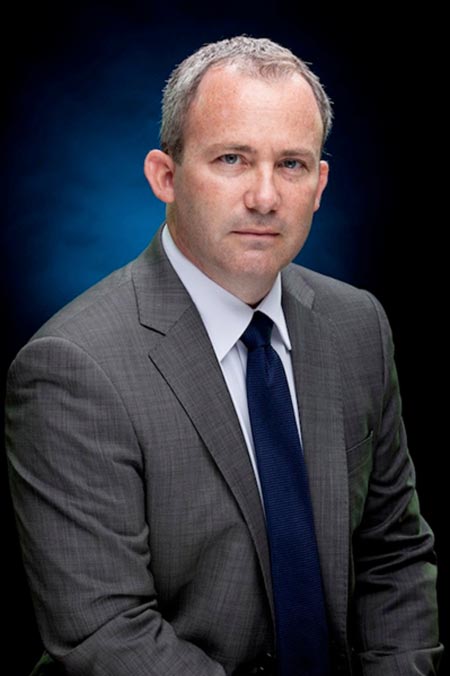 ASCO Trinidad Ltd is part of the wider ASCO Group of Companies - a global oil and gas logistics company that operates in more oil and gas provinces and with more leading oil and gas companies than any other logistics business. Executive director Bruce Mackenzie sat down with The Report Company to discuss ASCO’s activities in the country and his outlook for the nation’s evolving energy sector.

The Report Company: How would you appraise the energy sector in Trinidad and Tobago?

Bruce Mackenzie: The natural resources sector has been a backbone of the Trinidad and Tobago economy since we transitioned from an agricultural base early in the 20th century. We began our journey as an oil producer, and then in the early 1960s we began to monetise our gas resources and in doing so we developed a gas-based industry which grew over a number of decades. There was an inflection point where we switched from being a predominantly oil-producing economy to a gas. We then diversified from oil into gas and going into gas allowed us to diversify into end products such as methanol and ammonia. We became a main exporter to the US at that time.

Following a period of rapid growth in the 1990s, largely fuelled by the LNG and larger methanol and ammonia plants, we entered into a steady-state scenario where notwithstanding some production shortfalls in the last few years we have entered into a plateau-type situation.

Now the dynamic that we need to be aware of is ensuring that we get maximum return from the available resources by deepening participation in the downstream sector, producing more derivatives instead of primary commodities, and also aggressively pursuing new province opportunities in the deep water.

TRC: What opportunities are there regionally?

BM: In the services sector, many of our companies have ventured into the Americas and even as far as Africa and begun to establish a brand presence in those territories. They have been welcomed there because people have seen the Trinidad story of development and they want to encourage a similar development story in their own countries. The knowhow that we comprise in our economy is both in the exploration side and the production side and we have the skillset across the entire spectrum. In international entities you have Trinidadian nationals operating from the very highest level to the lowest level. It’s a complete chain of expertise dominated by the locals, who have learned over the span of their careers.

We are supporting exploration in the Guianas, which are potentially new provinces that could provide another game-changer in the region for Trinidadian expertise both in services and in the production sector. As a point of interest, ASCO has supported many drilling programmes in Guyana, French Guiana and Suriname from our bases in Trinidad. In a way, you could think of Trinidad as becoming the Aberdeen of the Guianas for oil and gas support services.

TRC: How sensitive is the oil and gas sector in Trinidad to external shocks?

BM: Trinidad is certainly exposed to external commodity price levels; there’s no question about that. A very high percentage of our GDP depends on commodity prices that we enjoy. We are distinguished from our history in the early 1980s when we were exposed to one single commodity price, which was that of oil. When the price of oil collapsed, the economy also went through a severe decline which triggered the migration of a lot of talent and put us under severe financial strain. That is less likely to happen again because we now sell oil, LNG, ammonia, methanol, iron and steel, so we have a more diversified set of commodities.

Looking at the recent global financial crisis where the world economy went into free-fall and is only now starting to recover, Trinidad and Tobago survived fairly well. There was pain to be felt but it was not at the degree that was felt in the more developed economies.

Our banking sector is quite strict about personal debt and the capital requirements for financial institutions are higher. That is basically what helped to protect us.

“Trinidad is certainly exposed to external commodity price levels; there’s no question about that. A very high percentage of our GDP depends on commodity prices that we enjoy.”

TRC: How open would you say the country is to foreign investment and what opportunities do you see for reforms?

BM: Trinidad has an excellent reputation as a destination for investment capital and that is due to our stable legal system and the fact that the economy is open. You can easily move capital in and out of the country. We have many international investors with proven long-term investments: Shell will soon celebrate 100 years of corporate investment and we also have BP, Repsol, BHP Billiton, BG and Centrica amongst others. We are attracting international investment into locally owned and operated oil and gas entities like Trinity who have aggressive development programmes.

We need to improve our competitiveness, and competitiveness can be affected by both the incentives that apply to those wishing to invest and also the timeliness and the speed of our administration. We always want to improve the speed at which we get things done and I think Trinidad has struck a very good balance in that respect.

TRC: What does Trinidad and Tobago mean for ASCO?

BM: Our corporate strategy has realised that growth in the Americas is a real priority and we’re focussed on both North America and South America, particularly in Brazil. The role of Trinidad is a fundamental one because we’re a mature operation with a lot of home grown expertise that we can provide to emerging operations in the region. In addition, in the years to come we see the Americas contributing to ASCO roughly on the level that Europe does.

We’ve had Trinidadian staff in Guyana, in the Falkland Islands and we have just put our first Trinidadian to work in the UK at the head office.

We’ve developed a very strong brand presence in the island as a local company with operations that can sometimes exceed 150 people. We have only one expatriate worker and actually as it stands right now we probably have more Trinidadians outside than we have expatriates inside. A number of other companies are beginning to look like that so it’s something that’s started to happen.

TRC: How difficult is it to attract Trinidadians back to Trinidad?

BM: When they come back to Trinidad they have to work on a local compensation package. If they’re outside working as an expatriate it is better for them. We want to see people come in and see our people go out and that’s the way that we build the capability and the expertise.

TRC: How important is health and safety to ASCO?

BM: We’ve certainly brought a sense of rigour and safety to what is a dangerous business. One of the reasons that operators employ ASCO is because of our health and safety record. We have globally-recognised standards and we bring these standards to local regions. We expect daily safety talks onsite and we have a ‘stop the job policy’ if there is any breach of a health and safety standard on our site. It’s a key building block in the values of our company.

“Now the dynamic that we need to be aware of is ensuring that we get maximum return from the available resources by deepening participation in the downstream sector, producing more derivatives instead of primary commodities, and also aggressively pursuing new province opportunities in the deep water.”

TRC: What kind of services do you provide?

BM: For Trinidad, we have widened our service range and we provide supply-based management, environmental waste management services, transportation management, inventory and materials management, consultancy and personnel and training. We have moved into more value-added services and that’s opening up new opportunities for the group to see that we offer much more than just a lift and shift service.

TRC: What are the main projects that you are working on in Trinidad and Tobago?

BM: We operate primarily through our three operating locations; one in Chaguaramas where we operate a shared facility, one in La Brea where we operate more of a dedicated facility and the third in Galeota where we provide personnel and waste management services. Our projects are partnership contracts that we have with our main clients such as those where we handle all of their outsourced logistics support for production facilities, for projects that occur on offshore platforms and for drilling.

TRC: How do you deal with the communities in the areas where you operate?

BM: What ASCO has done from the very inception is to hire people from those communities to work for us either directly or through the many subcontractors that we employ. We encourage people from the community to work on our sites. That’s one way of directly impacting the local community in a positive manner. The second is that each of our employees contributes part of their salary to a fund called the lifestyle fund which is chaired by employees. We do different community projects in different areas. It’s totally driven by the employees; this is not a corporate agenda. This is something that people do because it is the right thing to do and everyone pays into it.

TRC: How do you foresee the evolution and the future for ASCO in Trinidad?

BM: We see a very bright future in Trinidad. As the resources become further out and deeper and more difficult to get to, the cost and challenge and logistical complexity increases and therefore ASCO can provide greater value going forward by operating and bringing efficiency to assets.

We are asset and resource constrained country; we are an island, so we have a limited number of ports, roads and yards in which to store material so our ability to share assets for our customers helps bring the cost down and increases efficiency. We believe we can offer real value to our customers in providing shared services to them and we see a big growth and future in that area.