Interview with Jwala Rambarran, governor of the Central Bank 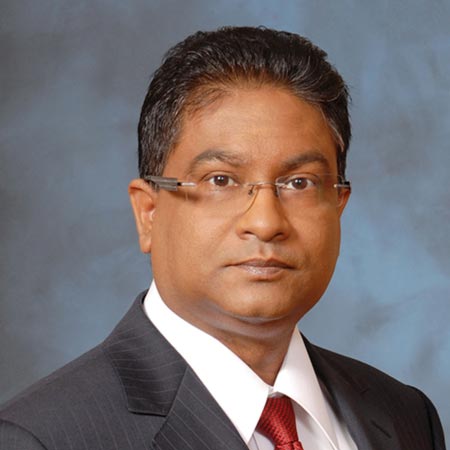 After 14 years at Trinidad and Tobago’s Central Bank, Jwala Rambarran was appointed governor in July 2012. Drawing on professional experience which includes a stint at the IMF, he aims to improve the economy’s resilience to external shocks, while changing the Bank’s image from an ivory tower to an institution that is closer to the people it serves. Speaking to The Report Company at his office in Port of Spain, he outlined his current plans to keep Trinidad and Tobago’s financial sector both competitive and credible.

The Report Company: What have been the main priorities and objectives during your first year in the role as governor?

Jwala Rambarran: In the short term, the major priority has been to rebuild confidence in the Central Bank and the financial system as a whole following the CLICO crisis, which did some serious damage not economically and financially but also psychologically in the minds of the population. That, in a sense, has been our overarching priority. The second priority has been how we prepare the Central Bank for new responsibilities coming out from the new expanded legislation and how the Central Bank will prepare this country to deal with the unconventional monetary policy that has been pursued by the US and the euro-zone.

TRC: How are you working to rebuild confidence in the financial sector?

JR: We have pushed very strongly to get the new insurance bill into parliament, because one of the lessons coming out from the CLICO crisis was that we didn’t have a strong enough regulatory framework to deal with insurance companies.

Although the Central Bank had tried extensively to try and rein in CLICO, when that was tested in a court of law, we didn’t have a legal basis for making these directives. We’ve had this legislation in the making for a long time and since I came into office we’ve started pushing adamantly to ensure it reached parliament and would eventually become legislation. It is the most substantial piece of financial legislation in the country.

The expectation is that by the end of this year we will have this new insurance legislation that gives the Central Bank the kind of teeth and the kind of enforcement capability that is needed.

TRC: What steps are you taking to boost the Bank’s credibility?

JR: I have looked around to find persons with standing who are considered experts in their fields and have asked them if they would be willing to join us. I’ve recruited the chief actuary from the private sector, as we are about to put a whole framework around private pension funds. I’ve also recruited one of the top pension specialists from the private sector, and we’ve recruited a retired banker who is considered the best in this country in credit risk analysis. We are going out there, getting that kind of capability and bringing it inside the bank.

Inside the bank I have carved out a fully-fledged statistics department manned by experts, which is now responsible for all the information we collect from the financial institutions to help us to understand what’s happening in the economy. We have to do that because our central statistical office, which is in the public sector, is starved for resources. This means that the data we get from them comes with a considerable lag. As a central bank, to make decisions, I now have to find alternative datasets through business surveys and leading indicators. That is what that statistics department is now going to be responsible for.

What you’re seeing from the policy-making side is that I’m trying to build and reinforce the structures needed to take us into at least the next decade.

Central banks all over the world are almost questioning their mandates. They’ve come under tremendous pressure because they’ve been asked to do things that five years ago we would never ask a central bank to do. We’re being asked to effectively save the economy. We’re not really engaging in that conversation because our mandate is really broad. It’s almost similar to the US Federal Reserve, in that we have to ensure that we foster conditions that are conducive to economic growth and development. We don’t target inflation like the Bank of England, but we do take inflation into consideration when we look at the economy as a whole. We take a more holistic approach.

“Central banks all over the world are almost questioning their mandates. They’ve come under tremendous pressure because they’ve been asked to do things that five years ago we would never ask a central bank to do.”

TRC: Despite all the work that you have done, the country is still vulnerable to external economic shocks. How are you working to reduce these risks?

JR: The first is the work that we’re doing on advancing financial sector legislation. The second is looking at how we diversify the economy away from its heavy dependence on energy. It can’t only be the government that pushes for diversification; it has to be the private sector as well. If you look at the government’s medium-term policy framework, you will see a very integrated spatial approach to the development of Trinidad and Tobago, where they have identified clusters around both islands with pockets of opportunity. For example, the Chaguanas peninsula is being developed as an eco-tourism destination and a whole host of opportunities have been highlighted for the private sector to come in. They’ve laid out a broad picture and approach to diversification and now we need for the private sector to recognise that there are opportunities.

It’s a genuine partnership that we need in an economy like this. Once quantitative easing starts to unwind and that sea of liquidity starts to move back out, we will almost have to insulate ourselves to some of the events that are likely to happen. One way of doing that is showing the benefits of Trinidad and Tobago as a destination that’s safe, sound, prudently managed and with the kind of expertise and resources that are needed to help take it forward.

TRC: What is the role of Trinidad and Tobago within the greater region from a financial sector point of view?

JR: At a recent meeting of CARICOM central bank governors, I floated the idea as to how as a region we might be able to pool our foreign exchange resources insure us against external shocks, similar to the Chiang Mai Initiative. They like how it sounds, it makes sense, and they’ve asked us to work through the specifics and the modalities to see how feasible such a financing arrangement could be for the Caribbean.

Another issue is the interconnections. We saw it with the CLICO crisis which hit throughout the Caribbean. We have two major financial institutions with significant footprints across the Caribbean, so what happens in the region is extremely important to us. I have gone to the IMF to ask for technical assistance to get a Caribbean-wide financial sector assessment programme. It would be a financial interconnectivity study that would highlight all the potential risks, where we need to maybe clean up on the regulatory side and what we need to do on the crisis management side. We need this for the region because we need to know where those pressure points are.

TRC: How would you like Trinidad and Tobago to be perceived internationally?

JR: Given the times that we live in, the notion of being sound, safe and prudent is what we want to communicate. The Caribbean region is seen as a high-risk one, which it is, we can’t deny that, but within that high-risk region there is this oasis of stability which is Trinidad and Tobago.

TRC: What would you like to achieve during your time in your role?

JR: My final goals are that there will be no financial failures on my watch and that when I finish my term the Central Bank will be closer to the people of Trinidad and Tobago. Central banks exist to meet the needs of the public. We’re there for economic and financial stability. With great power comes great responsibility. It is something I am aware of every day, and you have to wield that power always with the people’s interests in mind.