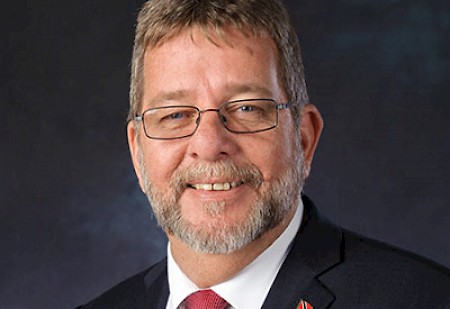 Speaking to The Report Company at his Port of Spain office, tourism minister Stephen Cadiz outlined his plans to boost Trinidad and Tobago’s image as a tourism destination against a backdrop of fierce regional competition. With a new marketing drive in the pipeline, he aims to increase the sector’s contribution to the country’s GDP to 10 percent – no mean feat in today’s straitened economic times.

The Report Company: What have been the main priorities and challenges that you have faced since taking up your position?

Stephen Cadiz: Tourism is one of the sectors that play a very important role in the economy. I look at it as an industry, rather than a business. There are a couple of key indicators for tourism. One is airlift. The tourism industry is dependent on how much airlift you have coming into the island so it is of great concern to us. Another is accommodation, which starts with the room stock, and then you consider the quality of the rooms. The other thing we’re looking at is what will attract people to the island. Those are the indicators that I work with and use as my benchmark.

For instance, for Trinidad we have very good airlift coming out of North America. We have good airlift coming from within the Caribbean and reasonably good airlift coming in from the UK. Tobago is a different story. We need additional airlift directly into Tobago both out of North America and the UK and Europe, so that is something that we’re working on now. Outside of the airlift we start looking at the room stock. Trinidad and Tobago have some excellent incentives for investment in tourism, whether it be hotels or anything directly related to the industry. The government is very interested in working with the private sector in building additional room stock. It’s a public-private sector partnership that we’re looking at. There’s a particular scheme called the government loan guarantee where the government, in addition to the regular incentives will guarantee up to 70 percent of the debt equity for any project for the life of the build.

TRC: What is your position on the passenger tax imposed by the UK on visitors coming to Trinidad and Tobago?

SC: I think the British government is wrong in what they have done. If it’s going to cost you an additional £100 per person to fly out to Trinidad and Tobago, you’re going to find another place to go. Everybody has the right to whatever taxation they want to apply, but it’s something we’re working on. As a result, however, we’re looking at other territories. We’re already looking at Europe; we’re looking at Scandinavian countries as a major part of our thrust to diversify our target countries. Germany is a very crucial market for us and another area of real interest for us is Latin America.

TRC: You will be launching a new marketing initiative at the World Travel Market in London – can you give us further insight on what’s going to happen there?

SC: We’ve never determined what this destination is, and by November we will determine what the destination is. Nobody has ever really sat down to figure out what the value and the worth of the destination is. We say, come to Trinidad for Carnival and then go to Tobago to relax. That’s not a destination. You can go to a carnival in Seychelles; you can even go to a carnival in Germany. So what we’re doing is drilling right down into exactly what Trinidad is and exactly what Tobago is and building on that. We are a very unique island nation. The people of this country really and truly make the destination, because the people bring their festivals, their religions, their food and all their culture and it makes for a very different Caribbean experience.

TRC: How do you want Trinidad and Tobago to be perceived as a tourism brand?

SC: Take the steel drum. It’s a very unique instrument; it’s regarded as a percussion instrument but very different to any other percussion instruments in any other part of the world, so we want to own that. We want to be the land of the steel band. We have calypso, soca, chutney and rapso music. We are so creative, whether it is our music or our art and literature. We have a very talented and creative people and we can use the genius of our people to build a tourism product.

If you started going through a tick list of everything you could want from a holiday, Trinidad and Tobago would end up as the number one destination because here you have every single thing you could want. You can sit on a beach, enjoy sport, or immerse yourself into culture. We have a population that follows Christianity, Hinduism and Islam and all the different festivals that come along with them. We have a local music called Parang that is from Venezuela that came here 200 years ago which is played at Christmas, then you have the other festivals like Easter, Phagwa, Divali and Hosay. It gives this country a very different look. We have a Catholic church where the Hindus celebrate the Black Virgin. I don’t know if there’s any other place on this globe that you have that. We are an example to the world of how you can share and live together.

There’s also our food. Trinidad and Tobago has some of the best street food which is totally safe to eat – it’s all cooked right there on open flames. Of course, Carnival is the biggest street festival.

Then there’s everything else that a tourist would want, including deep sea fishing. Then there’s the flora and fauna. We have hundreds of different species of birds and turtle nesting sites on the east and north coasts. We as a people have never created anything for the tourism industry. Whatever we have is very authentic.

TRC: Looking at Vision 2020, Trinidad and Tobago aims for its tourism to have a more significant contribution to GDP. How do you plan to give tourism more prominence within the economy?

SC: It is estimated that 70 cents on the dollar remains in the economy from tourism, as compared to some other destinations where it is as low as 10-15 cents on the dollar. This is an industry that is employing in excess of 30,000 people directly, with an additional 35,000 indirectly. It is employing in excess of 10 percent of the working population. It’s one of the easiest industries to boost an economy by. It’s a net earner of foreign exchange. Right now it represents around 7 percent of the GDP. If I can increase that to 10 percent, that then means there will be more of these well-paying jobs.

A lot of people involved in the tourism sector are self-employed, and that augurs well for the economy because they create their own jobs. The hotels are all built with local cement, which is made here on island from local quarries, using our natural gas to fire the kilns, so the actual construction of hotels feeds the local industry. The management of our tourism industry and the people who work in the hotels are all local, and the hotels themselves are owned locally. There are very few profits that need to be repatriated to other countries. Trinidad and Tobago is in a very unique position whereby the tourism industry provides so much to the local economy.

We can really and truly be one of the top destinations in the Caribbean and my goal is not necessarily to have the highest arrival figures, but to have the most profitable arrival figures. Value is what I’m looking at, not volume. The island is small. There are other territories in the Caribbean that lend themselves to mass tourism and I don’t think that we would want to go down that road. High value travel is what we’re looking at.