Brazil’s health sector reaches out to the world

Brazilian health requirements have shifted dramatically over the last half century. Transmittable diseases have been brought under control and life expectancy has risen substantially, but this in itself brings new challenges. Today, the biggest strains on the health system come from chronic degenerative diseases like cancer and diabetes, which require swift, efficient treatment – and greater resources.

As Brazil’s health needs become more akin to those of the UK and North America, increased international collaboration is being sought to help fight disease. Sao Paulo’s Hospital Sirio-Libanes, world-renowned for its cancer treatment, operates a residency exchange with New York’s Sloan-Kettering Centre that also plays an important consultancy and second-opinion role as Brazil’s health sector comes to terms with its new reality.

In a broader sense, the government-run Fiocruz foundation has become a major health think-tank and research centre, fundamental to the national immunisation programme and central to the country’s fight against AIDS. Created in the image of France’s Pasteur Foundation, it is dedicated to tackling global issues as well as Brazil’s own changing disease burden, and the two are creating an international network of laboratories and research exchanges. Focussing on the Amazon, neuroscience and bio-information, it is a potent coupling of two of the world’s most important institutions of their kind.

Furthermore, diseases like Ebola and influenza inevitably require the kind of multilateral support that Fiocruz is pursuing with the World Health Organisation for the creation of an influenza collaboration centre. The foundation has already been behind the creation of an international association of health institutes to consolidate its work in research, training and epidemic surveillance, underlining its growing global importance in the field.

Fiocruz and the fight against HIV 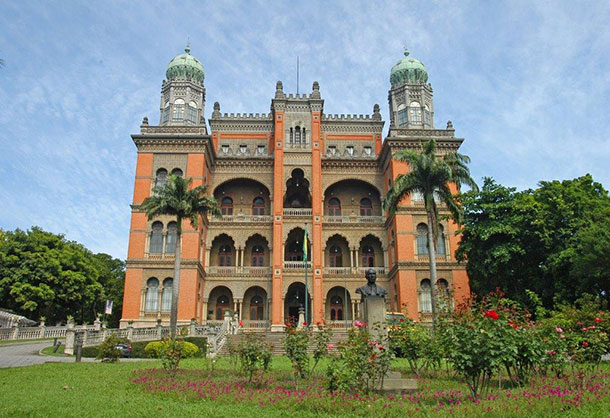 Through its INI institution, Fiocruz is at the leading edge of research into the prevention and treatment of HIV, forming part of the HIV prevention trials network (HPTN) and AIDS clinical trials group. Its highly-trained and dedicated multidisciplinary team has performed pivotal trials that led directly to the ministry of health’s ‘Test and Treat’ strategy, as well as critical research into pre-exposure prophylaxis.