Interview with Luiz Marinho, mayor of Sao Bernardo do Campo 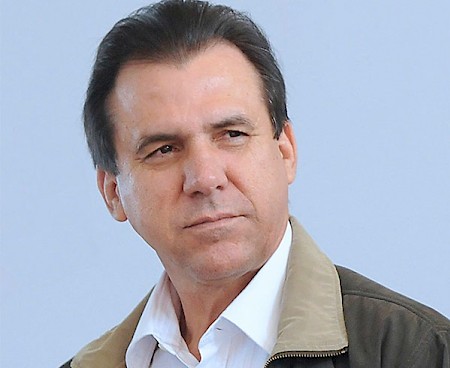 Sao Bernardo do Campo is one of the three original ‘ABC’ municipalities that comprise a key industrial region in the state of Sao Paulo. Elected president of the steelworkers union across three different terms and later of Brazil’s huge Central Workers Union (CUT), Luiz Marinho went on to become a key member of President Lula’s government. He left to run for mayor of Sao Bernardo do Campo, a role in which he has prioritised long-term goals for the future benefit of the city whilst cementing the greater ABC region’s international reputation.

The Report Company: What was previously a very positive picture of the Brazilian economy being painted by the world’s media has now become much more negative and critical. What has happened to cause such a turnaround?

Luiz Marinho: In the short term, there is always this sense of negativity during an election year; it happened in 2002, 2006, 2010 and it is happening again now. Thankfully it passes and we have started 2015 with a fresh perspective, excited about the future. We are still experiencing both the effects of the global crisis and the low electoral mood, but Brazil has created 5.5 million jobs during the first Dilma Rousseff administration so there is really no justification for the current low mood.

TRC: The private sector is concerned about slow economic growth. What is the reality in Sao Paulo and the greater ABC region?

LM: The state of Sao Paulo is not growing like the rest of Brazil is. If it were, GDP growth would be greater. Sao Paulo’s economy is enormous. It has a big impact and it has been weighing on national GDP growth, but I believe that it will pick up again due to the structural projects being implemented in the state and the country as a whole.

Sao Paulo has also been experiencing a water shortage which hasn’t helped the economy, but the measures being implemented now in order to create new reservoirs will help it grow like the rest of the country in the future.

TRC: What is your view on the partnerships being arranged between education institutions and the private sector in the greater ABC region?

LM: I was the president of the Greater ABC Region Inter-municipal Consortium during 2013/14. My main focus has always been Sao Bernardo, but I also have the job of leading communications not only between the other mayors in the region, but also with the state and federal governments. The goal is to produce a regional strategy, not several city strategies.

We have great expectations regarding the structural projects in the region, mainly in urban mobility, safety and education. Those countries that have taken a leap forward in the past two decades have done so after investing heavily in education. Brazil has evolved a lot in that field, but now the challenge lies in improving quality, and that runs from daycare to higher education.

More higher education places have been made available in the Lula and Dilma administrations than in all of Brazil’s history, and 75 percent of the royalties from pre-salt oil exploration will be invested in the sector. This will help us reach new levels of quality and not just in education per se, but in research, development and innovation too, and that is how we will reach the same level as other developed nations.

“We are still experiencing the effects of the global crisis, but Brazil has created 5.5 million jobs during the first Dilma Rousseff administration so there is really no justification for the current low mood.”

TRC: What are your goals as mayor of Sao Bernardo de Campo?

LM: This is my second administration. I was re-elected in 2012, and my mandate expires at the end of 2016. In the six years we have been in government we have begun major projects, including one to combat downtown flooding, which was causing major problems for the people and the economy of the region alike. People said it was just talk, but we are making things happen: expanding the roads, addressing logistical bottlenecks, restructuring the health system, increasing basic education and improving our indexes. I am very pleased with our results.

TRC: The results have attracted investors to the region. What are the areas you want to expand into next?

LM: The message to the ministry of development is that we don’t want to have to go into fiscal battles to attract investors; instead, we take good care of our current industrial facilities. If they are satisfied with the region, they will naturally attract other companies and investors. We are, of course, also seeking new industrial sectors in the region, principally tech companies. One of the conditions of the contract for Brazil’s new Gripen jet was that Saab build a unit in Sao Bernardo de Campo, and that has in turn been attracting a lot of new companies.

We also have a project for Sao Paulo's third metropolitan airport, devoted to cargo, which will have a knock-on effect in terms of our logistics potential. Our location is such that we are close to Santos Port, Sao Paulo city and Guarulhos airport - strategically very well placed which gives us value. It will boost Sao Bernardo de Campo and the region as a whole. I am creating the conditions for my successors to manage a city at a different economic level.

TRC: You have made some very successful coalitions with everyone from the private sector to the unions and fellow mayors. Where does that ability come from?

LM: Life brings experience and contacts, and for many years I was the union president responsible for coordinating the workers' negotiation board with the companies and the government. I was also president of the Unified Workers' Central (CUT), then labour minister and social security minister during the Lula administrations. President Lula lives in Sao Bernardo, too, which helps the process, and President Dilma Rousseff was the chief of staff while I was minister of social security. We establish a network of relationships throughout life and I believe I have built up strong credibility over time. That has helped me maintain stronger relationships based on mutual trust.

TRC: What does the ABC brand stand for and how does it differ from that of other regions?

LM: First of all there's the acronym ABC, which covers Santo Andre, Sao Bernardo and Sao Caetano. Then Diadema grew, and so we became ABCD. There are other cities too, however, such as Maua, Ribeirao Pires and Rio Grande da Serra, and together they are known as the greater ABCD area. In total, this area covers seven municipalities and 2.7 million people. We have a significant GDP; we contribute to exports and we have played a part in the political, social and economic history of the country. The identity of the region was built in the 1950s with the carmakers and President Lula was very important in that process. We went through successive crises that were felt stronger here than any other part of the country. This made us deal with these issues as a group, as a community, as ABCD. This regional identity has been built over time and I believe this is also what sets us apart and makes us strong.

We always had one major shortcoming here, however, which was the lack of a public university for the region. We fought for it for years and we finally succeeded after Lula was elected. FEI, Instituto Maua and other private universities always played a very important role, but we needed a public university that could do more research here. We have great expectations regarding our federal university, the UFABC, a young but thriving university.

Some people say I'm not just the mayor of Sao Bernardo, because I’m a link between the federal government, the state government and the private sector. We are here to help. We are not just committed to the region and the city; we are committed to the country as well.

“More higher education places have been made available in the Lula and Dilma administrations than in all of Brazil’s history.”