Taking the risk out of innovating

When innovation is unattractive to industry, it cannot thrive, but through grants and agencies the government is creating the conditions to allow risks to be taken

For every 1,000 researchers employed in Brazil’s productive sector, only five patents are registered per year, compared with 29 in the UK and 41 in the US. While some areas of Brazilian industry have seen innovation flourish, the disparity between scientific knowledge and its benefit to the population is great. Pre-salt oil exploration, soy development and the agricultural boom aside, for the most part, the venture capital hasn’t been as available in Brazil as it has in the US and Europe.

Over the last decade, government agencies have had to fill this gap. The Financing Agency for Studies and Projects (Finep) is setting out to do for Brazilian innovation what BNDES did for the country’s infrastructure, providing much-needed funding that has already amounted to the accumulation of some R$15 billion in assets. It is now the fifth-largest state-controlled lender in the country, discussed in the same breath as Banco do Brasil and CAIXA, and destined to become an autonomous national innovation agency.

The small, dynamic companies it seeks to support remain relatively few in number, but are gradually emerging. Finep’s budget ballooned from R$2 billion in 2010 to R$11 billion last year, all destined to stimulate tech and start-up firms. Its funding application process timeframe also tumbled from 450 days to just 30, proving immeasurably more attractive to those needing to stay at the cutting edge of innovation.

The Sao Paulo Research Foundation (Fapesp) has also been providing stimulus through its Innovation Research Into Small Companies (PIPE) grants for research that small companies would otherwise not afford. At the other end of the scale, Fapesp has also been involved in multi-million dollar joint ventures with the likes of GlaxoSmithKline and Natura, in the fields of sustainable chemistry and wellbeing respectively. Like CNPq, the overarching goal of all of these entities is to create conditions for research that will bring significant social and economic impact on the country. Events like Fapesp Week in London are helping Brazil enter into international debates on research and the global science community is taking ever more notice of the priority it is being afforded.

The Brazilian Funding Authority for Studies and Projects (Finep) is leading the effort to increase innovation and competition in business. Its funding has provided much-needed support to small companies, investing in the growth of science and technology.

“The idea that we can grow by sacrificing salaries or quality is deadly, but sadly it lives on in Brazil’s business environment,” says former president of Finep, Glaucio Arbix. The authority’s budget may have ballooned from R$2 billion a year in 2010 to R$11 billion in 2014, but it isn’t just about the sums involved – the timeframe for loan approval has tumbled from 450 days to less than 30. 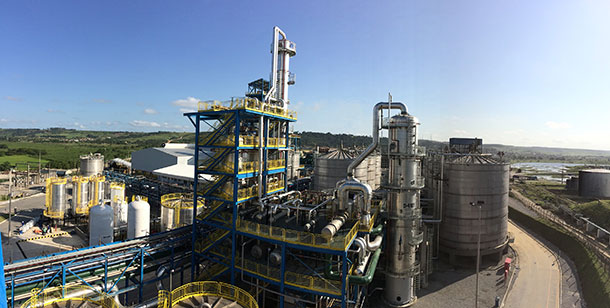 GranBio is the pioneering Brazilian biotech company behind a green revolution looking to transform the country’s abundant biomass into renewable energy and biochemicals. Two years after its creation in 2011, GranBio was already being named among the most innovative companies on the continent, both in terms of its product and its structure.

Biofuels already account for nearly 20 percent of Brazil’s energy make-up, and GranBio has seized upon the potential for converting cellulose into sugar and then into ‘second generation’ ethanol. The company’s CEO Bernardo Gradin expects the process to bring about a 50 percent increase in ethanol production, without the need for more planting of sugarcane.

Following experimental planting in Bahia, GranBio announced the start of operations at its US$265m second-generation ethanol plant in Alagoas state at the end of last year. The first of its kind in the southern hemisphere, its construction is a major step on the road to Brazil realizing its huge biomass energy potential. Brazilian farmers sought to grow the cane that produced the most sugar rather than the most cellulose, but GranBio’s new ‘energy cane’ harnesses the country’s impressive photosynthetic efficiency to yield three times as much biomass.

BNDES invested in the first GranBio plant and is a minority stakeholder, while a partnership with Rhodia, part of Belgium’s Solvay group, is already in place for the production of N-butanol, but the future is even brighter. By controlling the production chain from start to finish, Gradin’s goal of creating biofuel competitive with hydrocarbons could revolutionise the energy mix not just in Brazil, but around the world.

A clear indication of Embrapa’s desire to align with the country’s universities is a pioneering partnership with Unicamp in response to the changing environmental reality in Brazil and around the world. The cooperation agreement is centred around genetic and biotech research into developing crops better suited to the changing climate. Creating genetically modified strains more resistant to pests as well as extreme weather, and predicting the challenges that changing climate patterns will bring, are essential to preventing future food crises. As well as involving up to 80 scientists, Unicamp students will be encouraged to experiment in the search for new products that could shape the future food needs of the country.

The Federal University of ABC (UFABC)

President Lula may have drawn much of his power base from the unions he represented in local industry, but in the creation of the ABC region’s Federal University he has paid back that loyalty. Shaking off the image of closed-off laboratories, conservative approaches and reluctance to change, UFABC is proving the shining example of what public higher education in Brazil can become 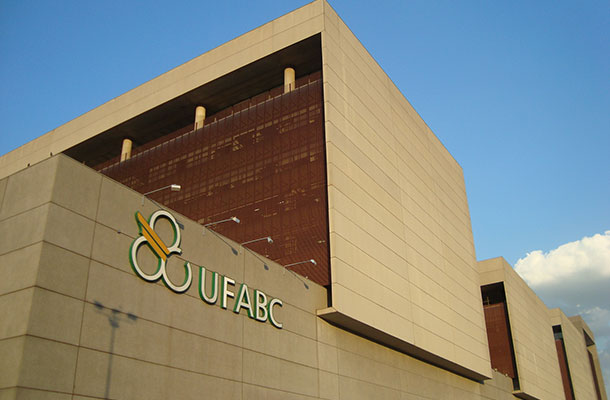 Deep in Sao Paulo state, the ABC region has been an industrial powerhouse for decades. The home of Brazil’s car manufacturing industry, the creation of the country’s newest federal university in 2004 brought the towns of Santo Andre and latterly Sao Bernardo do Campo onto the world’s higher education stage. The only university in Brazil where all of the professors hold PhDs, it is also the only one whose scientific publications have an impact factor above the world average.

UFABC has been a pioneer in social inclusion on its campus, too, setting aside 50 percent of its places to minorities before this became a legal requirement, and showing that diversity and excellence can go hand in hand. Now it is seeking to further develop its relationship with local industry, not just through research partnerships but internships and, ultimately, by hiring world-class graduates.

Its ambition is not confined to this corner of the state, however. In the last few years, Folha has recognised its efforts at internationalisation, placing it number one in their rankings, thanks in no small part to its active participation in the Science without Borders programme. Beyond that, however, there is a commitment to reinvesting in the structure and staff, making funds available to send students and professors on international congresses and training courses.

In UFABC, the government has shown that federal universities can be the progressive institutions that the country needs them to be, embracing inclusion and local industry at home whilst reaching overseas to share knowledge and experience.