Towards a new model for the future

Brazil has been presented with an opportunity to gain ground on its neighbours and make up for the lost decades of mass educational mediocrity, but seizing it will take a nationwide revolution in thinking

Almost the world over, the essence of the classroom has changed little in over a century in spite of enormous technological advances. Now, though, there is the genuine sense that the next decade is likely to see sweeping changes. Brazil has the opportunity to regain its rightful place in the global education rankings. Learning in the 21st century is more than arithmetic and spelling and so, despite having fallen perilously behind its peers, Brazil still finds itself in a position to catch up the lost ground.

What is required, however, is speed, and the efficient alignment of three levels of government, the agility and ambition of the private sector, the investment of the productive sector and the adoption of a shift in thinking by society as a whole. It isn’t enough to simply embrace new technology and a new ideology. Brazil has to become a pioneer.

The government has already begin to rethink the role its teachers play and how they are viewed. A shift towards leading students on their own learning path means that their training is more crucial than ever. Done right, it will mean that students can be given more autonomy to use the resources at their fingertips.

“If the institute’s first 20 years were about introducing scale and efficiency, our focus now is on bringing science into schools”

What were once straightforward problems now have new angles, approaches and arguments, and questioning perceived notions is more relevant than ever. That new teacher-student dynamic gives a country like Brazil that is searching for new strategies a perfect opportunity to innovate.

The investment and the will now exists. The National Education Plan has led the way and state and municipal authorities have greater confidence to experiment and develop their own projects. Philanthropic private entities like the Peninsula and Natura Institutes or the Bradesco Foundation, who will pump R$220 million into the modernisation and expansion of their schools this year alone, now see the importance of their role more clearly.

According to Pedro Villares, CEO of Instituto Natura, private entities like his will be vital in the shaping of the future system. “The private sector has the role of promoting agility but is also good at bringing together different actors. We play that role really well to bring together secretariats of education, software companies, education institutes and so on.” For the private sector, the focus isn’t about getting a logo on a school bag, it is about strategic investment in the future of the country, its economy and its ability to compete in the world market.

Sport as an educational tool

The idea of using sport as a tool for education is nothing new, but its potential as a social glue has brought it greater prominence in overcoming the challenging inequality of Brazilian society. The government’s process of social inclusion has demanded greater collaboration among students but also inspired competition, and the parallels between the classroom and sports field are plentiful. The rise in prominence of soft skills for young people such as teamwork, determination to succeed and creative thinking and the hope to produce more well-rounded citizens have made its values, so close to those needed to succeed in life, more relevant than ever. 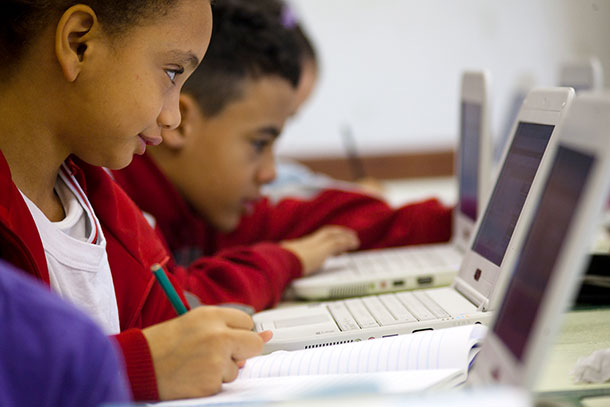 Young learners at the Lemman Foundation

The rise of the Khan Academy from a family YouTube video to a global partnership with Brazil’s Lemann Foundation shows just how difficult it can be to predict the future of global education trends. What began as a maths class given by the then-hedge fund analyst Salman Khan for his young cousins, quickly became a Bill Gates-approved global education platform with 10 million unique users every month.

Its popularity led to an invitation from President Dilma Rousseff to create content for a national literacy scheme across Brazil. A deal was eventually struck to devise software to be loaded on to 600,000 tablets and distributed among middle school teachers, showing Khan’s video classes and translated into Portuguese. The former banker has also partnered with XBox entertainment systems, showing just how far a small idea can reach. As Bill Gates said after Khan’s TED Talk, “You have just seen the future of education.”

The Ayrton Senna Institute (IAS) has been working with young Brazilians since 1994. Presided over by Viviane Senna, the sister of one of Brazil’s greatest sporting idols of all time, the institute undertakes vital research and investments in the realm of education in the country, and is now looking increasingly towards bringing science to the art of teaching.

This year alone, the institute’s programmes and solutions will directly benefit more than 1.8 million young people in over 700 municipalities and across 5 regions of Brazil, through the training of 65,000 education professionals. Thanks to its indexes for targets and evaluations, taboo for decades in the sector, it has helped force the culture of educating into its own self-assessment and asked how it has been allowed to fail such a large proportion of society for so long.

Two decades of research has made more explicit than ever the link between education and wage inequality in two-thirds of cases, and shown that the classroom needs to be made more relevant and attractive than ever before. With general agreement that scale and quality are the key facets that the government has struggled to come to terms with, Senna believes the next step is looking at exactly how children learn.

“We have a wholesale problem and are using retail strategies,” she argues. “Our focus now is on bringing science into schooling, to study the ways in which children learn. This information can help schools do what they are meant to be doing, but they pretend it doesn’t exist.”