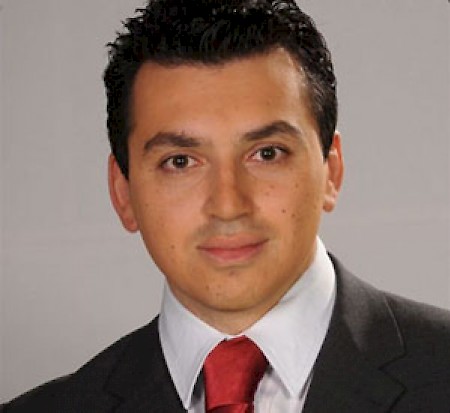 Malta Freeport is one of the Mediterranean’s leading transhipment ports. Strategically located on the main trade routes in the Mediterranean between Gibraltar and the Suez Canal, it is increasingly becoming an important node for international business linking markets across continents. Dr. Aaron Farrugia, CEO of Malta Freeport Corporation, met with The Report Company to talk about the opportunities presented by Malta’s maritime sector.

The Report Company: How would you assess Malta’s maritime sector?

Dr. Aaron Farrugia: The fact that Malta finds itself in the centre of the Mediterranean means it can serve as a hub not only for the Mediterranean but also for North Africa. The North African countries such as Libya and Tunisia are going through difficult times now but I think that in the coming years they will count on Malta to serve as a hub for them especially in maritime business.

Since the 1980s, the Freeport has expanded its container handling from a couple of hundred of containers per year to three million containers per year. In 2004 the operational side of the Freeport was privatised. In due time, a Turkish company bought 50 percent of the shares. There is also a small percentage of the shares owned by a Chinese company on the operational side. When it comes to the regulatory perspective, that is still in government hands. We are looking forward to establishing closer links now with the North African and Mediterranean region and serving as a maritime hub. That’s why the government is working hard to establish us as a maritime hub for the whole region. Malta can also serve as a link to Asia.

TRC: How would you appraise the relationship between Malta and the Asian countries?

AF: The relationship is very strong. The Freeport includes some Chinese know-how; the breakwater and the port itself were built with the help of the Chinese government in the 1980s. The Chinese have always looked at Malta and I think that through the new government now there seems to be a new synergy between both sides.

TRC: What projects and initiatives are you planning for the Freeport?

AF: Right now we are looking into expanding the Freeport zone. This is a very good business opportunity which we are marketing right now. When I arrived into my role in August 2013 I found that the Freeport had not been working on business development so I looked at the possibility of expanding the Freeport zone into a logistics warehouse, similar to what’s happening in Jebel Ali in Dubai. My idea was to develop this district park together with a Chinese company and a company from the UAE. I will travel to Shanghai later in 2014 to close the negotiations we are conducting. The idea is to have a one-third share held by the Maltese through Malta Freeport Corporation, one-third by a Chinese company and one-third by a UAE company.

“The government is planning to build new projects through land reclamation. We are looking into the possibility of having artificial land next to the Freeport given that the sea over here is the deepest all around the island.”

TRC: What is the timeframe for this project?

AF: As soon as possible. As soon as both companies are on board and they give us the go-ahead we will run an extensive study on how to run this new district park with the new technologies. I can see it operating before next year. The Freeport has not yet benefitted from the fact that the airport is ten minutes away. You can have stock containers from the ships that call at the Freeport distributed them through air freight. We’re also trying to get foreign investment where the foreign investor will have offices in Smart City Malta and warehouses in this new district park.

TRC: Are there any other projects in terms of infrastructure?

AF: The government is planning to build new projects through land reclamation. We are looking into the possibility of having artificial land next to the Freeport given that the sea over here is the deepest all around the island. This is more long-term. I see it developing into the next five to seven years.

TRC: It is ten years since the Freeport was privatised. How has the relationship evolved between Freeport and the shareholders?

AF: It is a very good relationship. We have meetings every week. We look into the markets, they tell us what kind of investments they are looking at and which shipping lines they are looking to attract, and we do our best to provide them with the right infrastructure and security. We give them a helping hand to make the Malta Freeport more attractive to the new shipping lines.

TRC: What are your activities in security for the Freeport?

AF: We have four shifts which provide security 24/7. Our people are positioned in strategic places with the help of cameras. We’ve never had any problems.

“The Freeport includes some Chinese know-how; the breakwater and the port itself were built with the help of the Chinese government in the 1980s. The Chinese have always looked at Malta and I think that through the new government now there seems to be a new synergy between both sides.”

TRC: What reforms do you believe should be made to foster the growth of the Freeport?

AF: What I’m trying to do right now is not just expand the Freeport zone but I’m also trying to win the jurisdiction of the sea. Right now all the ports are managed by Transport Malta. I am of the opinion that this port is very important for Malta and I think that the jurisdiction of this port has to pass into the hands of the Malta Freeport Corporation. Currently, when it comes to the land and the Freeport terminal, the responsibility is with us, but when it comes to the sea and the break waters we have to deal with Transport Malta which isn’t based here. This doesn’t make sense for me so the idea is to gain jurisdiction of the sea and become one entity which acts as a one-stop shop.

TRC: What have been the biggest challenges you have faced since taking over your role in 2013?

AF: Changing the mentality of the employees. When I arrived I found quite a conservative perspective on what we should do. I tried to change this perspective and show people that we can do even better; we can expand into new projects, attract foreign investment and have a progressive approach.

I believe that the fact that right now the North African countries are going through big changes not just constitutionally but even economically means that this is the time for us. It’s now or never and we can play a very strategic role.

TRC: What would you like people to understand about Freeport?

AF: There are two sectors which we can look at. For container handling with transhipment, 95 percent of the containers that come here are for transhipment purposes, so we would like to expand and attract more investment and more shipping lines. The other project is the district park. We want to become the centre from where people can distribute throughout the Mediterranean and North Africa so as to serve as a hub. I’m looking forward to putting Malta back on the map when it comes to logistics.