Interview with Evarist Bartolo, minister for education and employment 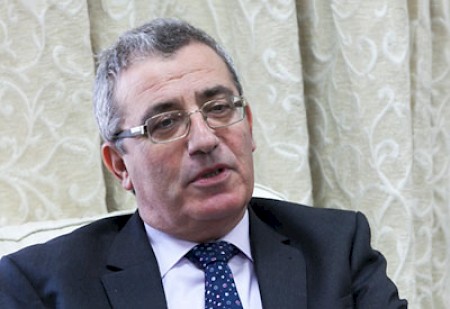 By combining the two related sectors of education and employment under one ministry, Malta hopes to achieve greater success in today’s globalised economy. Minister Evarist Bartolo, by linking industry to academia, is working to create more jobs in Malta and also make the country more attractive to foreign companies. He spoke to The Report Company about his current priorities in education and employment and explained how he views his country’s relationship with China.

The Report Company: You have been in your current role for a year. What have been the biggest challenges so far and what would you identify as your top priorities?

Evarist Bartolo: By bringing education and employment together in one ministry, whenever I think of education I also think of employment and the other way round. It sounds obvious, but it’s not. Ministers work in isolation from each other. There’s a silo mentality so it’s not automatic that you would think of the implications of education on employment. My joke is that in other countries the education minister can blame the employment minister for the problems, and vice versa. I don’t have that luxury.

Since we took over government, we’ve created about 5,300 jobs. Half of those have been taken by non-Maltese. In general, out of every ten jobs that we create, three go to the Maltese and seven go to workers from overseas. Our biggest challenge therefore is making sure that we develop the skills of our people to be able to contribute to job creation, job mobility and investment.

One of the things that we’re doing is talking to the private sector where these jobs are being created. We sit with them around the same table and we design courses that are relevant for those jobs. In such a dynamic world economy, it is very easy that education and skills become obsolete, so our aim is to create relevant education.

TRC: The electronic gaming sector is a key part of the Maltese economy. How are you collaborating with this industry?

EB: We are working in two areas. One is digital gaming and the other one is in i-gaming. In digital gaming we are designing a course with the Malta College of Arts Science and Technology. With i-gaming we have set up an e-skills alliance where we bring together the public sector, private sector and regulators to see what kind of e-skills we need for our economy. We think that is the right way, to actually involve the entrepreneurs right from the beginning.

“In general, out of every ten jobs that we create, three go to the Maltese and seven go to workers from overseas. Our biggest challenge therefore is making sure that we develop the skills of our people to be able to contribute to job creation, job mobility and investment.”

TRC: Are there plans to set up apprenticeships?

EB: Yes. We are starting from primary school. Obviously we’re not going to send young children to work but what we’re going to do is cultivate in our kids the soft skills that are needed and that education does not usually provide them with. This includes how to communicate, working in teams, showing initiative, being creative and career development. From a young age we want to make our children aware of the local economy and to help them develop a work ethic.

TRC: What programmes are you putting in place to guarantee access to education in Malta?

EB: Access to education in Malta is not an issue. We pay students to go to university. There is no tuition fee and students receive a stipend. The same goes for the vocational college and the pre-university sixth-form level. In terms of kindergarten we have close to 98 percent access to kindergarten, which is one of the highest levels in Europe. From ages five from sixteen, access is 100 percent.

The issue we need to look at is quality. We have launched a national literacy strategy because we found out if our children have problems in English they’re going to have problems in other subjects because the books are in English. We are opening childcare centres from the age of one to the age of three to provide those children with a good educational experience because that is crucial. The earlier we start the better. Then for kids later on who still have problems, we’re creating alternative learning programmes where at the age of 14 and 15 we give them jobs exposure. We are teaming up with Microsoft and other companies to create interesting learning experiences for them. The most important thing is that they learn, not necessarily in a school. The building is not important.

TRC: How do you foresee the relationship with China in the field of education?

EB: In May 2013 we went to China and we signed an agreement which provides for the mutual recognition of degrees between both countries. For Chinese students, that’s very important. It means that when they come to Malta to study, that qualification is recognised in China which means that they are eligible for a government job. The other thing which was very important is that we reached an agreement with the Beijing Foreign Studies University to start teaching Maltese in Beijing. This is a very prestigious university; it’s where China trains its top diplomats and executives.

What is equally important is that we have a Confucius Institute in Malta based at the university which teaches Chinese and we are working with this institute to also start Mandarin Chinese in our schools.

At the same time, while we were signing the agreement, we went to Shanghai Maritime University. They have sent already students to Malta to study maritime law. Malta has a very good tradition, in this field. We also have an agreement with Xiamen University and again they send their students to Malta.

What we would like to do is work more with Chinese universities, work together, possibly persuade them to open campuses in Malta, because we know that there will be quite a lot of interest from the EU as well as Africa.

In terms of vocational training, one of the interesting aspects of the agreement in the energy sector is to have Malta serve as a hub for Chinese investments in Africa and Eastern Europe. We can train their technicians here and we think that is a win-win situation for Chinese companies and for us.

“In general, out of every ten jobs that we create, three go to the Maltese and seven go to workers from overseas. Our biggest challenge therefore is making sure that we develop the skills of our people to be able to contribute to job creation, job mobility and investment.”

TRC: What measures are being taken to attract Chinese students to Malta?

EB: Over the next few months we are intensifying our contacts to be able to bring our plans to attract more Chinese students to Malta to fruition alongside our other collaborations with China. There is a framework of an agreement which we will be taking up. We think it is better to have a kind of coordinated approach, given our size and China’s size instead of trying to go all over the place and do everything. That’s the approach that we will be adopting.

TRC: What would be the main objectives you would like to achieve during your time in office?

EB: I would like to get more young people to succeed in gaining the skills that they require. In today’s economy you can’t simply be satisfied with doing well. In a global economy, your education system is competing with the education system of all the other countries so what you don’t manage to do, the others are doing. You need to differentiate yourself.

Another challenge is internationalising our education system. We have a strategy to increase as much as possible the number of international institutions from all over the world to set up schools and colleges and universities in Malta. We already have schools from Russia, from America, from the UK and from Italy.

We would like that sector to grow because one of our biggest success stories is the industry of teaching English as a foreign language. For our size we are among the world leaders in this field. Over a million people have passed through Malta to learn English so we want to strengthen that sector. We have been very careful to develop the quality. We don’t simply want people to come, pay, learn a bit of English, enjoy themselves then leave. We really want to provide good quality education. We don’t want people simply to come and just pay for a degree or a course. We would like to attract the best operators in this area.