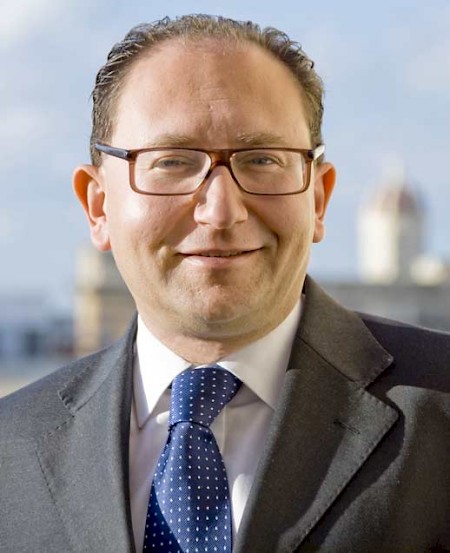 The Malta Tourism Authority (MTA) has a diverse role, but one which in essence is all about creating and fostering relationships. The MTA is the tourism industry’s regulator and motivator, its business partner, the country’s brand promoter, and works to form, maintain and manage meaningful partnerships with all tourism stakeholders. Josef Formosa Gauci, MTA’s CEO, met with The Report Company to discuss Malta’s vibrant tourism sector and talk about where the opportunities lie for further growth.

The Report Company: How would you appraise the tourism sector and which are the main priorities for the MTA?

Josef Formosa Gauci: The tourism sector over the last few years has been doing extremely well. 2013 was yet another record year for us in terms of the three main indicators for tourism which are arrivals, guest nights and expenditure. Arrivals hit nearly 1.6 million, which is four times the population of the island. That does not include the day visits from cruises, which totalled another 450,000, so if you put them all together you’re talking 2 million visitors to an island with a population of 400,000, which is quite an impressive number.

The way we have managed to get these results year after year culminating in our record of last year has been due to a number of things. As MTA we have to ensure that there is the right accessibility to the island. We have an excellent relationship with Air Malta, which is the national airline, and they today carry around 45 percent of all traffic into Malta. The rest is coming from a mix of other airlines which is a mix of legacy carriers and low-cost airlines. In 2013 we had five new airlines that were operating to Malta. This included Turkish Airlines which is an excellent carrier if Malta is looking towards the east, there was the big increase in capacity from Lufthansa; we also had Wizz Air flying to Malta for the first time, Transavia and Air Baltic.

Looking to 2014 we will be carrying on with our strategy on accessibility and at the end of March 2014 we will be seeing British Airways returning to Malta with a daily flight to London. Ultimately we need to ensure that there is the right mix so we’re not an entirely low cost destination.

As well as having this accessibility we have had to work to reduce the seasonality issue that as time goes on so we are working on the shoulder months and the winter months. We are managing to extend the season and that is what is going to give us the growth in numbers as we go forward. This doesn’t come about by chance; it comes about by being a little bit more focussed in what we are doing. We identify specific niches that we feel can bring us the traffic in winter and shoulder months. Those are for example the MICE sector, and we’ve had reasonable successes there. We are promoting more and more the idea of Valletta as a city break destination with the restoration of the buildings of Valletta. Now we will also have the completion of the controversial Renzo Piano project. Like it or not, ultimately it is a project by an internationally renowned architect whose projects always attract a lot of interest.

We are lucky that we can push Valletta, and it’s helped us differentiate within our marketing. The summer product, we push Malta as a destination, while Valletta is the city product. We’ve also been working on pushing Malta in the winter months in the sports tourism area. When for example in December and January you have a lot of the European countries covered in snow, their leagues tend to stop and they go abroad to do training camps. Our climate for them is still a very good climate to be able to have their training camps in and we are very successful in that area. We are also considered to be one of the top diving destinations in the Mediterranean. We have managed to get these sorts of different sectors and niches and promote them to help us build the shoulder and the winter months.

“At the end of March 2014 we will be seeing British Airways returning to Maltawith a daily flight to London. Ultimately we need to ensure that there is the right mix so we’re not an entirely low cost destination.”

TRC: Where are your key markets and how do you see the evolution of the relationship with China in tourism?

JFG: So far the bulk of our efforts have been on what we call our core markets: the UK, Spain, France, Italy, Germany and Scandinavia. We have also in the last few years put more of an emphasis on Russia and the Gulf. We have got the ball rolling and we are working reasonably well so it gives us the chance to go little bit further and look at the BRIC countries and this is something that we are starting to do.

We have so far done things in a very loose way in China. There’s somebody who has analysed the market for us and set up contacts for us but we have had one fundamental problem which has been the visa situation. Our policy has been to concentrate on ensuring that the home affairs ministry solves the visa issue with China first because it’s useless us promoting tourism if there isn’t a visa situation in place. I understand there has been a certain amount of movement on that issue and we are waiting for that to all be fully operational for us to be able to take the next step and start targeting the Chinese market. That is something we definitely aim and hope to do within the coming months.

We’re going to go to specific areas to target specific niches. We believe that in the English language niche we have a lot to offer to China. We have a lot to offer in the conference business and the high-end cultural trips and to Chinese people who wish to fly here and start their cruise from Malta as well as adding Malta into itineraries of two or three point holidays within Europe. Those are the targets.

TRC: How do you boost tourism while preserving the environment and the heritage of Malta?

JFG: Sustainability is one of the key issues that we tackle regularly. At the end of the day we know that if we don’t offer a sustainable tourism product we will have people today but not tomorrow. We are looking in terms of what sort of development we allow, leaving green areas and ensuring that interventions we do in beaches are there to make it comfortable but without causing permanent damage to our natural habitat. We have our own eco-label which is recognised internationally and today there are over 20 hotels that have taken on the eco-label. We have initiatives in terms of being eco-friendly and now we have added on also water-friendly, which covers the conservation of water and the use of water. We are being careful in that we want to build tourism but in a sustainable way and that I think is key to the whole development.

“Sustainability is one of the key issues that we tackle regularly. If we don’t offer a sustainable tourism product we will have people today but not tomorrow.”

TRC: Cruise arrivals have fallen recently. What is happening in this sector?

2013 saw a drop in cruise passenger arrivals, which had been increasing every year. The reason was predominantly that one of the main lines, which was MSC, pulled out in 2013. It was a decision that had been taken before and it was driven by a need to lower their fuel bill. Whereas before the average cruise passenger was a higher spender, today cruise ships are going through the same transformation the tourism industry went through a few years ago. The industry is becoming more and more price-sensitive. This also came at the same time as the Costa Concordia incident. The cruise prices came down. If you put all that together they had to reduce the costs and that extra trip coming to Malta was too expensive. However MSC will be back this year albeit with a much smaller programme. Hopefully they will carry on increasing their calls in 2015. We are working to rebuild the numbers in the cruising sector.

TRC: How you would like Malta to be perceived internationally?

JFG: We are, particularly to the Asian market, very much a European destination steeped in history. We are very different to a lot of the other Mediterranean resorts that have the wonderful beaches but not the cultural offering that we have. I feel that Malta is one of those destinations that is growing and for Chinese visitors that do their two or three point holidays within Europe as they plan their itineraries, Malta is a destination that I think can easily fit in with Paris, Rome, London and other destinations. From the conference side and the incentive side, we have a very attractive offer in a good climate. Likewise for learning English. If you put those together, that is the way we position ourselves for the Chinese market.