Interview with Leo Brincat, minister for sustainable development, the environment and climate change 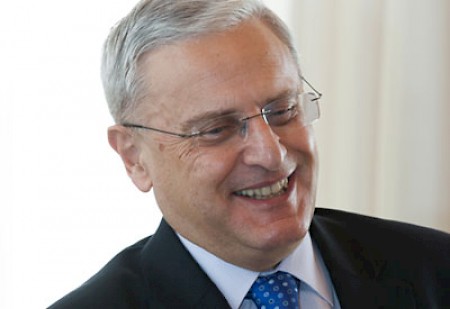 With a political career spanning three decades, Leo Brincat is working to ensure sustainable development becomes a central focus of policy at the national level in Malta in his new role as minister for sustainable development, the environment and climate change, which he has held since 2013. He met with The Report Company to outline his main priorities as well as to highlight his country’s relationship with China.

The Report Company: What are your top priorities and the main challenges you are facing within sustainable development?

Air quality is one of the major concerns of the Maltese. Although MEPA to date has been addressing this issue, as a regulator it can only monitor and we still think we are lagging behind. We need to address this issue much more proactively. We are trying to have a more aggressive and robust approach to air quality issues because they affect the quality of life and the health of Maltese citizens.

We are in contact with various governments to share technical experience and to harness best practices which they have adopted in their country, and we are also encouraged that the EU itself as a body is giving much more attention to air quality issues than it did two or three years ago. The issue is not just of air quality, but its linkage with environment and health needs to be looked into more proactively and also more scientifically.

TRC: Malta is lagging in some areas of the Europe 2020 Strategy. Which areas does Malta need to focus on?

LB: We are behind in the waste sector. I think only Bulgaria and Greece are lower than us. There is a lot of catching up to do and we hope to get our act together as much as possible. On waste we have just published our waste plan and strategy together with a plan on waste minimisation. We want to decouple economic growth from growth of waste. We have had a very strong response and feedback from the stakeholders, and the private sector has been very proactive.

For us, waste problems are bigger than in other countries for the simple reason that the islands’ footprint is very small and we get 1.2 million tourists a year. We are about to embark on a robust education campaign to tackle waste minimisation. Unless we have an effective and efficient waste education and information communications campaign then the strategy will not work.

“We are willing to enter into memoranda of understanding on environmental protection issues with any government with whom we have good relations.”

TRC: How difficult is it to change mind-sets when it comes to the environment?

LB: On the environment and sustainability, we have got to the stage that we have to abandon the idea that the environment is a hindrance for the economy or that economic growth hinders environmental protection. If one manages to strike a balance, both can not only live together but also work in synergy together. It’s not an easy task. Sometimes it’s also a mentality issue but we are working very hard in this direction. I always look out for opportunities to engage with the private sector, where awareness of sustainability is rising quite a lot.

People need to be made more aware of the importance of the green economy. Sometimes you get people who argue that it is not the right time to think of a green economy when Europe is in an economic crisis. I think that the deeper the crisis, the more we should think outside the box. A green economy becomes even more relevant when the going is tough.

We have been taking a look at other countries and we have been pleasantly surprised that not only are the European countries looking at the green economy but also countries that are oil rich, such as the UAE. If these countries, which are drenched in oil and who have reserves for the next 80 years, are giving such importance to sustainability, how can a small island like Malta which has no resources afford to be able to ignore these issues?

TRC: Are there plans to be more demanding in terms of environmental standards for companies?

LB: We don’t believe just in raising standards by using coercive methods but I think the fact that there is increased awareness has already shown that there is a need for improved standards. Government needs to lead by example but government action alone will not suffice so we need to have a mainstreaming of the process itself. We do have legislation on sustainable development but sometimes just having legislation for its own sake does not guarantee you get the results. The most important thing is to have synergy between all the various entities.

“On the environment and sustainability, we have got to the stage that we have to abandon the idea that the environment is a hindrance for the economy or that economic growth hinders environmental protection. If one manages to strike a balance, both can not only live together but also work in synergy together.”

TRC: What country do you see as a role model in sustainable development?

LB: Ideally I would like to be looking at Denmark and other Nordic countries because when it comes to the green economy, the waste sector and environmental considerations, they are always leaders.

TRC: Where do opportunities lie to build strategic alliances with other countries?

LB: We are open to discussions with any government. We are willing to enter into memoranda of understanding on environmental protection issues with any government with whom we have good relations. This does not exclude Asian countries. Some countries, such as China or Malaysia, have problems with the environment, mainly because of their high population density, but I still think we can collaborate with these countries in the same way other European countries are doing. Geographic distances or boundaries are not an issue for us so long as there are things to gain.

TRC: How would you evaluate the relationship between China and Malta?

LB: I worked for a number of years as international secretary of my party, so I have been following quite closely the evolution of our links with the Chinese. It was only natural for us to look at China as a strategic partner. I think we need to have the same impetus economically and commercially between Malta and China to match the strong political links we have had over the years. Even the fact that there is going to be Chinese equity in the power plant shows a commitment and we look forward to identifying other areas of effective collaboration and cooperation with the Chinese in various sectors because we feel there is very strong potential. If we need to be criticised on one point it is that we took so late and so long to open up to China. It’s imperative when Europe is going through difficult times to look at economies which have growth potential more than we do.

TRC: What would you most like to achieve during your time in this current role?

LB: I think we need to take a hard look at our manifesto and to make sure that our manifesto pledges are all implemented, but at the same time, you cannot do everything at once so we need to prioritise our manifesto and adopt a step by step process. We hope to have the satisfaction of being able to claim that we have left a better environment than we inherited and that we have also contributed in our small way towards enhancing the quality of life of all Maltese citizens.