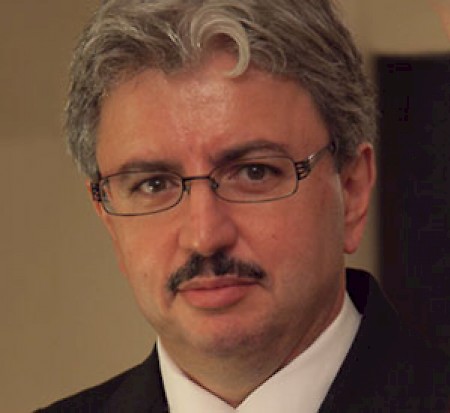 Attard & Co characterises the Maltese entrepreneurial spirit. Originally established in 1921 as an insurance company, the firm has since evolved into a group of companies across three independent business sectors: foodstuffs, industrial and imaging. Not content to operate only within Malta’s borders, the company has recently set up joint ventures with two Singaporean companies: IAG-Pacific Group and Six Capital, which cover the wholesale and retail trading of commodity and petrochemical products, and the development of foreign exchange training and trading in Malta. The firm’s chairman, Luciano Mule Stagno, spoke to The Report Company about its current activities.

The Report Company: Could you give us an overview of the company?

Luciano Mule Stagno: Attard started off in Malta as an insurance company but then went into imaging. AGFA for a long time was the backbone of its operations, but times change. The film industry’s demise was clearly written on the wall for many years and I think this company saw it early. Whenever the firm saw opportunities and niches it could fill, it quickly ventured into them.

I’ve only been chairman of the company now for six months and one of the things that attracted me was the diversification. Nothing is off the table. They are very forward-looking and the company is very willing to explore new opportunities. Being on an island I think it’s natural to look outside because the local growth opportunities are limited.

TRC: The firm operates in three areas: foodstuffs, industrial and imaging. What is behind the strategy of this diversification and where do you see windows of opportunity for growth?

LMS: The sectors are not really that distinct. The industrials and the imaging sectors are really one and the same. Foodstuffs is quite a big chunk of the company and it’s obviously very distinct in the sense that it distributes a very wide range of products.

In industrials we have quite a diverse portfolio. From Oval Brands which distributes items to the retail market to Evolve which provides lab equipment, to ProSecure which is the leading security services company in forensics etc, to IIM which provides financial services consulting.

An important unit in this context is the Sino European Commercial Centre. We realised that Malta can be a link between Asia, Europe, the Mediterranean and the Middle East. For a Chinese or other Asian company setting up shop in this part of the world, having a partner in Malta would give them not just access to the European market but also access to our neighbours in the south, which I believe will be the next growth market.

In foodstuffs, we have recently ventured into high-end retail. We opened a high-end wine and speciality shop and we are always looking for more brands. Food is one of those things that never drops or rises dramatically. It is a steady business. Our lab equipment and our security equipment is where we’re venturing outside Malta. For example, our lab equipment group has already started doing installations in Africa.

“We are balancing risk versus reward. There is a certain element of caution because we want sustainable growth. If we see something which has an explosive growth opportunity, we’ll take it.”

TRC: How would you define your relationship with companies and customers in Asia?

LMS: Our main link is Sino European. We find companies that want to do business in Europe and basically introduce Malta because very often they don’t know much about Malta.

I must say that the 1972 activities have certainly had an impact because when I was a graduate student in America I would tell Americans that I was from Malta and their faces would go blank. Chinese people always knew Malta because of that historical visit by our president. The Chinese have a long memory and they are loyal. The fact that Malta extended the hand of friendship 40 years ago, they don’t forget that.

There is that historical advantage, there is the fact that the political climate is very favourable, and there is the advantage that Malta has always been a country of traders. In a way we are doing the private sector equivalent of what Malta Enterprise is doing.

We have IIM Consulting, where we can do one-stop shop services for Chinese companies. We’re a very forward-looking company. We realise that the company has probably grown ten-fold in the last 20 years and to grow another ten-fold you have to look beyond Malta. What is necessary is strong partnerships, so we are very open to partnerships with Asian companies because we realise that that is where the growth is.

We wouldn’t be opposed to discussing with a Chinese company or any company for that matter about forming a full partnership with our company if that means that we can grow to the next level.

The other area where I see a lot of opportunity is that there are many Chinese brands that are already at the quality of the European or American brands but are fairly unknown outside China and many of them want to break into the European market. I think there are opportunities there in laboratory equipment or even foodstuffs, medical equipment or security equipment. The idea is that we could act as a hub.

TRC: What is the strategy behind the Sino European Commercial Centre?

LMS: It started around three years ago, officially, but the company has long had strong ties with China. One of our directors is a member of the Chinese-Maltese chamber of commerce. This company has always looked at faraway places with open arms.

The centre acts as a platform, which was the first link which led to the IAG and Six Capital joint ventures. Hopefully many more are in the pipeline.

TRC: What can you tell us about those joint ventures?

LMS: Six Capital wants to provide forex trading training here in Malta. They are one of the biggest such firms in Singapore and they have the contract to do the forex trading training for some of the biggest banks in China. They want to set up a centre here first of all to offer a training skill which doesn’t exist not just for Malta but regionally, and they also would like to send Chinese students here. IAG’s vision is to set up an oil trading hub in Malta. Opportunities like these initially might not be very big but could grow explosively.

“The government’s role is making Malta credible, transparent, strong and safe. Today it’s much easier to open a company, to do business and to deal with government services. A lot of effort has been put in to improvements but this is an ongoing process and you have to keep doing it.”

TRC: What do you think are the biggest challenges for the company as it internationalises?

LMS: One of course is always in a balancing act between being cautious enough but also having aggression. We are balancing risk versus reward. There is a certain element of caution because we want sustainable growth. If we see something which has an explosive growth opportunity, we’ll take it. We’re okay with growing steadily as long as we see the right opportunities.

Because we are so diversified, that brings multiple opportunities. It’s almost too much of a good thing, especially now with Asia as it’s almost every week that we see some potential new lead.

TRC: How would you assess the ease of doing business in Malta?

LMS: Just last month, we had the prime minister here with four ministers. Because Malta is so small, you have access. If I need to get hold of a minister or the prime minister, I can. If I have serious visitors I can take them to the minister. The bureaucracy is fairly low to get to that level. I think that impresses people from China where of course everything is so big.

The public sector has a role to play and it needs to play it and the private sector is the true engine. The government cannot create jobs or wealth; that has to be created in the private sector. What the public sector can do is facilitate and legislate and create the right environment which is crucial. There is also the road where the two can work together through public private partnerships which we are also exploring with the Maltese government.

TRC: What could be done to make Malta more competitive?

LMS: The government is always working to make it easier to do business. The government’s role is making Malta credible, transparent, strong and safe. Today it’s much easier to open a company, to do business and to deal with government services. A lot of effort has been put in to improvements but this is an ongoing process and you have to keep doing it. It’s easy to go from being bad to being okay. From okay to good is difficult. From good to very good or excellent is even harder, so we need to keep pushing so that we become among the best. We want to be the kind of country which ranks up there so people want to relocate here or open branches here. I think the government knows that and they are working in that direction.

TRC: What is your outlook for the future and what do you aim to achieve?

LMS: Everything is on the table. We hope to have partnerships with companies in trade, in services, or even investors into the company. Attard & Co can be the vehicle and the vessel for companies to gain a presence quickly here and for us the benefit will be to grow much quicker. I hope that when I hang my hat from this position I will see Attard & Co with a lot more ties, a lot more trade and being a lot more international in general. Clearly, China will play a crucial role in that.