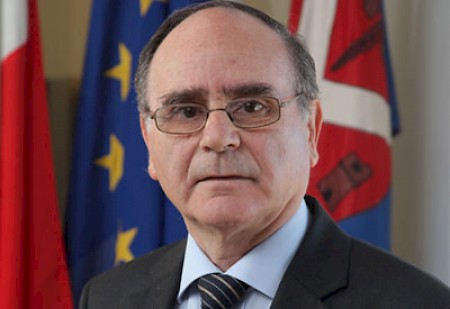 Over the past two decades, the Malta Stock Exchange has grown from humble beginnings to become an effective means to mobilise capital, as well as a source of alternative opportunities for saving and investment. The bourse’s chairman, Paul Spiteri, spoke to The Report Company about the role it plays within Malta’s dynamic financial services sector, and shared his objectives.

The Report Company: How would you describe Malta’s financial services sector?

Paul Spiteri: It’s highly regulated, it’s transparent and it is run by highly professional staff. The financial services sector in Malta plays an important part in the economic development of the country and is becoming the third pillar of the economy, contributing something like 13 percent of the GDP. It is gaining international recognition for the way it is performing its duties; everything is above board and it’s an area which is growing. One interesting thing about financial services is that when the legislation was passed to introduce the various categories, the support was unanimous from parliament so it is a concentrated affair by all those concerned in authority. Everybody agreed and there was consensus. Financial services still has the support of both major political parties. That is important because for future investors thinking of coming to Malta, they have the reassurance that whatever party is in office, there is not going to be any particular change. The focus might alter but that won’t alter the direction or the nucleus of the laws that are being enacted.

TRC: What would be the role of the Malta Stock Exchange within the financial services sector?

PS: The Malta Stock Exchange is a young exchange and a small exchange in a small country. Way back in 1990 when the Malta Stock Exchange Act was passed in parliament a committee was appointed to advise the then-minister of finance on how to set up the stock exchange. I was the secretary of that committee. The impetus that led to the setting of the Malta Stock Exchange then was the political commitment to privatise a number of state owned entities as well as to encourage greater public participation. A stock exchange was considered the best vehicle through which both objectives could be achieved in a very transparent and regulated manner. We examined various other stock exchanges to see which was the best route was for us and at the time the decision was taken to have an order-driven market as opposed to a quote-driven market.

Here in Malta there is liquidity. In fact, all issues since have always been oversubscribed, more so in recent years. In the past the Maltese mentality was to put money in the bank. It was maybe the only source of savings. With the introduction of the stock exchange, we started with just government stocks initially, so the government could collect funds from the public. At the same time, the public saw this as an investment and a different way of generating income.

The exchange started from very humble beginnings. We only had a few securities, no equities, no corporate bonds, just a few government stocks and about 8,000 account holders. Now that figure has gone up to 23 equities, 43 Corporate bonds and 52 Government stocks and over 250,000 account holders. These figures may not seem impressive but, considering the size of the Local economy, these become significant.

The exchange is helping the economy because it’s mopping up savings and translating them into investment. There might be a few overseas investors but we haven’t yet broken down that barrier. It’s mainly domestic. However, the high participation rate of the Maltese public investing in financial instruments traded on our market has been instrumental in our market and economy avoiding the worst effects of the on-going financial turmoil. The Maltese were not dependent on their savings being held in an overseas bank so it helped keep the financial problem from reaching our shores. The Maltese are very prudent with their savings.

“The financial services sector in Malta plays an important part in the economic development of the country and is becoming the third pillar of the economy, contributing something like 13 percent of the GDP.”

TRC: How do you differentiate yourselves versus other exchanges in the region?

PS: We do it our way and then let the others worry about us. We are in the Mediterranean and we are looking towards the Mediterranean rim but even beyond there if it’s possible. We want to get the recognition that we are an international well-regulated stock exchange and I believe we have done that.

We have made sure that we have the right infrastructure in place to service all our needs and we have that. What is remaining is the selling factor, the marketing. We are at the moment working on a strategy which looks at what kind of niche is most suitable to us. We believe that the Small and Medium Enterprises (SME) market is the ideal one because we are small and all our equities listed on the local market are I think by definition SMEs.

We have set our objective to be amongst the top three European stock exchanges catering for SMEs by the end of the decade. We have introduced a trading engine from Deutsche Boerse in Frankfurt and we are linked with Clearstream for our clearing and settlement, so we have the infrastructure in place. We have one overseas member who joined the membership of the exchange so I think we have the house in order now and we are on the launching pad. We haven’t yet become aggressive enough, but I think we are ready for the next step, with that sort of target in mind as well with the SME niche.

TRC: How do you see the opportunities with Asia and in particular China?

PS: Like any other international organisation, wherever business comes from we can offer the services. We have the infrastructure, all the technical knowhow and the exchange is run by professional people. The legislative, regulatory and operational development that have been undertaken throughout the years have ensured that today the Malta Stock Exchange is an internationally recognised regulated market which successfully fulfils its role as an effective venue to raise capital finance.

In 2006 the British tax Authorities named the MSE as a recognised Exchange, while recently the American Securities and Exchange Commission designated us as an Offshore Securities Market status, which was a huge step forward because US citizens cannot buy any shares or invest unless it is in a designated exchange. Furthermore we are full members of the World Federation of Exchanges as well as the European Federation of Exchanges.

TRC: What are you doing in order to put the word out about the exchange?

PS: That is the next step. That is what is required, the marketing side of it. We have identified a number of initiatives which we could concentrate upon but we have agreed to concentrate for the time being on the SMEs. We need to carve out a niche in the form of domestic and international development with the aim of becoming a top European SME market over the next few years.

On our side we can make a case why they should come to us. These are the advantages of why Issuers should come to Malta. Malta’s financial services sector is a well-regulated market, a cost-effective domicile which enjoys a good reputation, a sound economic performance, skilled English speaking professionals and a comfortable environment. Those we see as the main advantages. There is a good mix there.

“We have made sure that we have the right infrastructure in place to service all our needs and we have that. What is remaining is the selling factor, the marketing. We are at the moment working on a strategy which looks at what kind of niche is most suitable to us.”

Then we are focussing on three aspects: the trading, the central securities depository and custodial services. Thanks to EU directives we have the passporting rights wherein companies that list under the Malta regulatory framework can trade anywhere in the EU. Then we have the central security depositary. This is linked to Clearstream and offers services in a dematerialised form with full access to protection. The attraction is also to unlisted companies operating in the EU. The exchange is connected to a global network of depositaries through Clearstream. We believe we can cater also for big companies but our know how is more focussed on the small companies.

We have unbundled the services we offer and it is no longer a one-stop shop. Normally the process is that one seeking a listing first he has to seek admission on the official list , then trading starts followed by clearing and settlement, then depositary and then you can get custodial services. That’s the whole thing. We are saying that we are unbundling this and for any company interested in any particular item of this circle we’re ready to provide the service so you don’t have to do the whole process.

TRC: Do you think local Maltese family firms will eventually list on the exchange?

PS: We always had the philosophy that you build one step at a time. You don’t want to start running before you learn to walk. Setting up the exchange was a learning curve for us, it was a learning curve for local companies and a learning curve for the investors. Local companies unfortunately are still a bit reluctant. They are mostly family companies, now going into the third or fourth generation and there is an element of reluctance for them to come forward because there’s a false perception that by going public you’re going to lose control or you’re going to have interference in the board. We need to make them realise and raise awareness of the benefits that can come out of seeking a listing. For instance, if you have a business relationship with overseas customers, the fact that you are a listed company gives you that extra edge.

TRC: What is your main objective as chairman of the exchange?

PS: There is a saying that if you don’t know where you are going you cannot possibly be lost. You may be happy doing a lot of things but if you don’t have direction you don’t get anywhere. We have set our objective as I mentioned earlier and we know where we are going. We have the infrastructure in place and we are ready. If by the time I leave I succeed in achieving our objective I would be satisfied. I hope then one would be able to see what we have achieved during my time here, but time will tell.