Interview with Keith Muhakanizi, permanent secretary of the ministry of finance 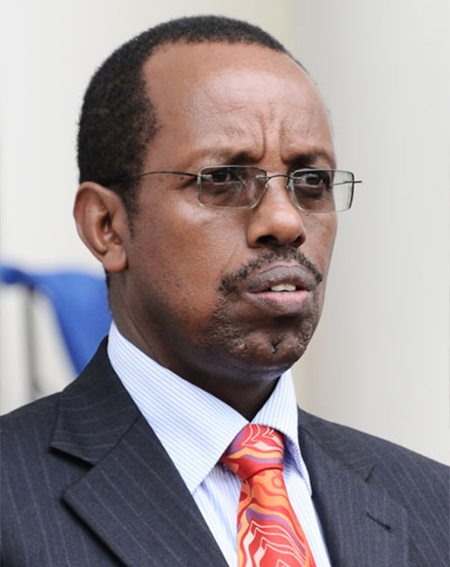 After over a decade within the ministry of finance, where he was instrumental in designing major policy changes, Keith Muhakanizi was appointed permanent secretary in May 2013. He spoke to The Report Company about Uganda’s economic performance.

The Report Company: How would you assess the performance of Uganda’s economy?

Keith Muhakanizi: In terms of macroeconomic performance, our performance in the medium to long run has been very, very good. We have had GDP growth of more than six percent. However, recently we’ve had some macroeconomic instability which resulted in inflation going up by 30 percent. As a result of that, we took measures to stabilize the economy, which led to an average of three to four percent GDP growth.

However, now the economy has started recovering, so we expect this year to see growth of above five percent, which by international standards is still very high. Next financial year, we expect to see six percent growth, so we are back on track.

Macroeconomic stability has never really been a problem for us, and we have done very well in poverty reduction. We have reduced poverty more than any other sub-Saharan African country, from 56 percent in 1993 to 19 percent today. Exports have also grown, but our imports are much higher so we have a trade deficit and I think that is a challenge. And sub-Saharan Africa enters a new era of focusing on infrastructure investment, budgets are becoming tighter and we need to be careful to ensure we maintain stability.

TRC: Which sectors would you highlight for growth?

KM: I think it is important that we look at the economy as a whole rather than as its constituent parts. Unlike in Europe or the United States, which already have developed infrastructure, the first thing we need for our tourism sector is to build the airport. The first thing we need for the agricultural sector is to build the roads and water supply. This does not mean that we are not focusing on the sectors themselves; for example, in tourism we are starting to increase our investments, albeit from a very low base. In agriculture we are putting up credits for farmers and starting to scale up investment with the private sector to see what we can do to promote those areas together.

TRC: Some say Uganda has the potential to become the breadbasket of Africa. What needs to be done to achieve this?

KM: The current cumulative knowledge in agriculture is still very low in sub-Saharan Africa. My people, when they want to expand their farms, the first thing they think of is to buy more land. They don’t focus on productivity. That’s why we are promoting international investors to come into agriculture and agro-processing so our people can learn from them. This is now happening and we are seeing an explosive growth in agriculture. Products which we never thought could be exported are now being exported by the international investors who have come in.

TRC: What are your priorities in the area of taxation?

KM: Our first priority is increasing tax revenue, but our zeal to get revenue must not kill off investment into the economy. We have already benchmarked our tax policy to international standards. What we think we should do more is tax administration to ensure people become compliant. That’s what we are working on. Our priorities are investment promotion and tax revenue raising, coming out of tax compliance rather than change of policy.

TRC: What is your focus for next year’s budget?

KM: Budgets in sub-Saharan Africa have dramatically increased, but flexibility has shrunk. This looks to be a contradiction, but sub-Saharan Africa has shifted from consumption towards investments, so when you contract a road or a bridge or a dam, it’s a minimum of five years. This means that together with the wages and debt payments and contracting of infrastructure the room for flexibility is not there any more. It seems to me that over the next five years, Uganda and sub-Saharan Africa as a whole will be concentrating only on what has been contracted already, which is infrastructure.

TRC: What would you like to convey to the international community of investors?

KM: The message is that Africa is moving in only one direction, with some small vibrations. East Africa in particular will, over the next five to 10 years, grow very quickly, and there’s going to be sustained growth and stability in this region. We are going to see explosive growth in the region and it is time for the international community to take note and come to East Africa.