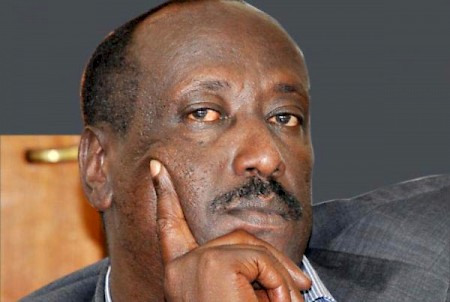 A military man and advisor to his brother, President Museveni, on security matters, General Salim Saleh has also ventured into private business and philanthropy. His latest project, Operation Wealth Creation, is a nationwide agricultural development initiative that was rolled out by the president after it showed good results amongst the UPDF veterans in the Luweero triangle. Currently run by the army, General Salim Saleh aims to place the program back into the hands of the state once it is fully functional. He spoke to The Report Company about how the project works.

The Report Company: How do you see Operation Wealth Creation developing on a countrywide scale?

Salim Saleh: I believe in the model. Operation Wealth Creation is an aggregation center. It will create demand for high quality raw material, because we are paying very good prices, and we are adding value. If it was spread across the whole country, it would quicken the pace of modernizing our agriculture. It is transforming the raw materials through to semi-finished or finished products.

TRC: As you look to replicate your pilot project for other areas, what adaptations will have to be made?

SS: Each area would be assessed, and different interventions would take place in each. For instance, in Jinja, we are going to turn it into a maize milling hub. There are about 12 or 15 maize mills owned by different entrepreneurs, and we will assist them to get their machinery and to get to their markets. We will also get them cheap power. If they group together, then they can easily market their products. For instance, all the posho we made in the pilot center goes directly to Sudan. From this center in Jinja, we intend for it to go to Kenya.

TRC: What are the next steps?

SS: Jinja is one project, Busitema University is the second project, and in my opinion if this university does this, then all of the eight public universities will follow. Then the church will start to do it, and then after that the army will start to do it. In Uganda, the church, the army and the universities have got a lot of land, but they are not using it because they simply don’t see how to do it. We see that as we have success, more and more locations will follow and it will snowball like that.

For OWC, the number one priority was to integrate all the institutional powers and agencies within agriculture. This has been very difficult, but we are making headway. Because our government system is broken up into agencies, authorities and commissions, they had lost contact with each other. OWC acts as a coordinating mechanism between all those institutions. We will shortly be publishing a paper on leveraging institutional powers in the development process.

Our starting point was to manage the little inputs that the government could afford, in terms of seedlings, in terms of breeds and stocks. The army was brought in in 2013 after the first phase of the National Agricultural Advisory Services (NAADS) finished. After the first phase of NAADS, the president realized that he had spent one trillion shillings in 10 years and yet there was nothing visible in terms of corresponding increased productivity. NAADS concentrated more on consumption, not on production. It was about seminars and training and consultancies. We have reversed that by going for more inputs and by giving people organizational abilities and collaborations. OWC is the coordinating platform now. Our intention was to synergize all the functions, and now at least they are talking to each other. They listen to us. We know how to navigate through all of the complexities.

What we need is for all of these administrations to work together. All of the money is hidden in their administrative costs. It is said that we don’t give enough money to agriculture, but if you look at what all of those stakeholders consume in terms of administration, it’s a huge amount of money.

Also, for me, as their coordinator, I have got my demonstration site, and none of these people can challenge me on anything. They may have a PhD or be a specialist, but I have done it my way and it is working. So far, we have invested almost $2 million in our wholesale setup. We recently managed to borrow a further $1 million as a collective round of funding. This has never happened before in Uganda with different enterprises in one location securing each other in borrowing money.

TRC:  How difficult is the project to implement given the political implications of coordinating different agencies?

TRC: What challenges do you face?

SS: The biggest threat to OWC before was the responsiveness of the beneficiaries towards the program. Today, the biggest threat is the management of the output. It is things like drying, storing, and milling.

TRC: What are the future plans for OWC?

SS: By December 2018, we need to be out of agriculture. That is why we call it an operation: it’s not a program, it’s not a project, it is in operation with a timeframe. You mobilize, you deploy, you stabilize, you consolidate and then you exit.

TRC: What would you be proud of having achieved in five years’ time?