As the uniqueness of its language attests, the Basque Country was once isolated from the rest of the world. Today, through its infrastructure and technology, the region plays an important role in connecting people, both virtually and physically.

The Basque Country’s strategic location as a gateway to Europe, coupled with its vibrant industrial base, has led to it becoming an important logistics centre. Its modern communications infrastructure, made up of an extensive road network, a railway which connects Spain to France, three airports and two of Spain’s leading seaports, sees over 400,000 tonnes of goods per day transported in and around the region.

Continually ranking among Spain’s top five ports in terms of traffic volumes and activity, the Port of Bilbao plays a vital role in Europe’s container transport industry. “We have connections with 900 ports globally,” says Asier Atutxa, chairman of the Port Authority of Bilbao, who adds that the port moves around 30 million tonnes of cargo per year. “This year, we’ve seen a 2.2 percent increase in our traffic, which means we’re slowly but surely reversing the downward trend in traffic we have seen in recent years as a result of the economic crisis.”

The United Kingdom remains the port’s main market. It accounts for fully nine percent of the port’s overall traffic, and around 1.6 million tonnes of cargo annually, while ferry and cruise passengers are also overwhelmingly British: 86,000 of the 142,000 tourists who entered the Basque Country via the port in 2013 sailed on the ferry linking Bilbao with Portsmouth. Of the 44 cruise ships which called at the Port of Bilbao in 2013, one-third of the passengers were British, followed by Spanish passengers, who made up 20 percent of the total, and Americans, who made up 19 percent. 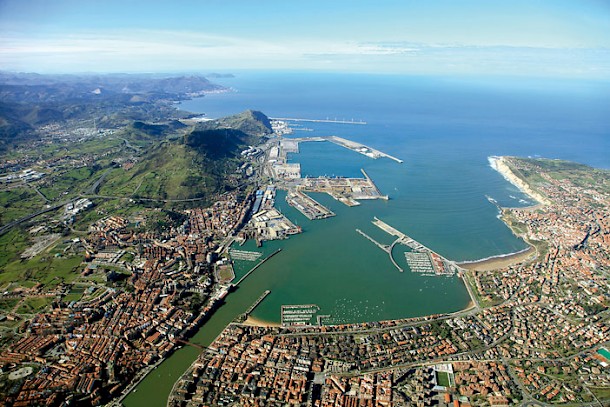 An aerial view of the Port of Bilbao on the Abra Bay, at the common mouth of the rivers Nervion, Ibaizabal and Cadagua. Photo: Port of Bilbao

Port of Bilbao in numbers

Located on Spain’s Atlantic coast, the Port of Bilbao is a centre for global sea trade as well as a key part of Europe’s Atlantic logistics arc.

32 metres
the draught of Bilbao’s docks, which allows the largest vessels to berth

30m tonnes
the traffic volumes at the Port of Bilbao in 2013, a growth of 2.24 percent over the previous year

While the Port of Bilbao plays an important role in connecting the Basque Country to the rest of the world via the sea, another Basque company is providing virtual connectivity. Euskaltel, set up in the 1990s with the aim of providing cutting-edge telecommunications technology to the region, is the first independent virtual mobile operator in Europe with its own network.

Today, Euskaltel delivers broadband internet, digital television and mobile telephone service to 300,000 customers. Although the Basque Country alone represents a small market, the company has taken an innovative approach, offering up its network to global technology companies as a testing ground, and in return receiving the latest in telecommunications advances. But the company also looks to build local talent, as chairman Alberto Garcia Erauzkin explains. “We are committed to creating traction among Basque companies so that we can increasingly incorporate more Basque suppliers in the products we buy.”

The next step is to look outside the borders of the region. “We are looking to see if it is possible to do something in the regions of Spain that have similar characteristics to ours,” he says. He also wants to see more investors come into the region. “The Basque Country is very attractive. Although we are very ‘local’, our business concept is very universal and very professional. We’re not about making a fast buck. The Basque Country is a country that seeks long-term sustainability.” 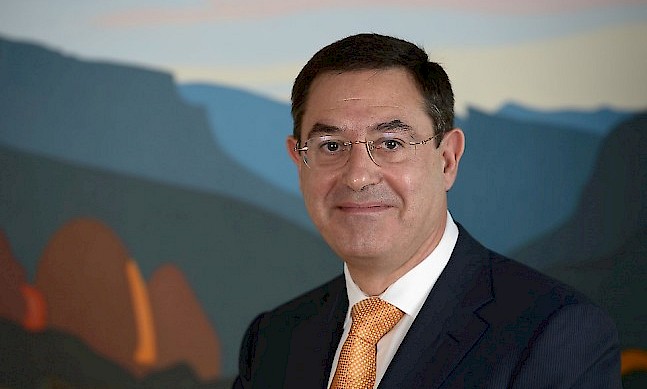 From its position in the late 1990s as a new entrant in the Basque telecommunications sector, Euskaltel has risen quickly to dominance.

“The Basque Country is a gateway to Europe” 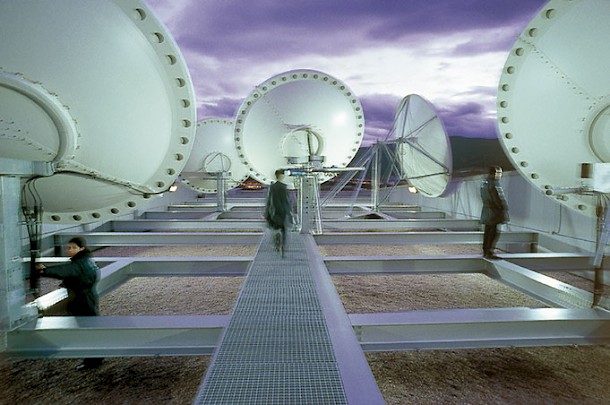 In the 20 years since Euskaltel’s founding, the company has invested almost €2 billion in deploying its next-generation network in the Basque Country. Working out at an average of almost €900 per resident, this investment represents the largest ever undertaken by a Spanish telecommunications operator into the region. “Our fundamental idea was that there had to be an alternative network to that of the old monopoly, in order to create true competition,” says Alberto Garcia, who adds that Euskaltel has now rolled out its high-speed fibre-optic network to 85 percent of the region’s population – no mean feat given the mountainous landscape. And from the chairman’s perspective, Euskaltel’s commitment to bringing the Basque Country the latest in communications technology has paid dividends: “Since 2008 until the present day we have maintained the same level of income we had prior to the economic crisis, while the market has fallen by over 25 percent,” he says.