The region’s business environment offers a unique blend of technology parks, industrial clusters and modern transport infrastructure, all backed up by long-term support from the Basque government.

As a part of Spain, there is no question that the Basque Country has been affected adversely by the fierce economic and financial crises that have hit the country. However, it has felt the impact less markedly than the other regions. Unemployment, for example, stands at around 15 percent, well up on pre-crisis figures, but still a long way from that of Spain. Nor has the Basque regional government had the problems of budget deficits that have beset so many of its peers, from Catalonia to Andalusia.

The reasons for this Basque exception are many. Some highlight its different, more northern European way of working, while others stress the special political status the region enjoys within Spain, raising and spending its own taxes. Then there is the region’s business culture, where the pursuit of excellence rather than fast profits is the key value. This quality, plus excellent transport infrastructure, government support for industry, educational and training opportunities and, now, a peaceful environment since terrorist group Eta declared an end to violence, combine to make the Basque Country a more tempting investment opportunity than ever before.

Miguel Angel Lujua, chairman of the Confebask business confederation, says that the region’s commitment to research also helps to set it apart from its immediate environment. “We consider that our country has much more in common with northern Europe than with the south. If you look investment in R&D&I, the Basque Country spends 2.12 percent of its GDP in that area, which is pretty high, especially when you consider that across Spain it is 1.3 percent and 2.06 percent in the European Union.”

Lujua stresses the importance of investing in education, and with industry still contributing around a quarter of the region’s GDP, the fact is that there are opportunities for those with highly-developed skills. “Our people are well educated: 42 percent of those aged between 30 and 34 have university qualifications; we are a reference in vocational training programmes; and 1.3 percent of the working population are scientists, ahead of 0.7 percent in Europe.” He adds that in terms of infrastructure, the Basque Country has three airports, modern ports and with the arrival of the high-speed train network, “a little late,” by the end of this decade the region will be fully connected to the rest of Spain and France.

Alexander Arriola, managing director of the Basque government’s SPRI business support agency, notes that research alone is no guarantee of success. “What we want to make sure of is that the R&D that companies undertake has an impact on a product in the marketplace.”

There is no lack of companies with ambition. Lujua estimates there are 6,000 firms which “have exported or are involved in some other part of the world”, but Ignacio Mataix, CEO of ITP Group, points out that a certain critical mass can help when expanding internationally. “For smaller-sized companies it is hard to compete and to have the resources to penetrate markets. That is why any support for industrialisation and internationalisation efforts is very important to the Basque Country.”

A key element of support comes from the forming of business clusters, a model which is highly developed in the Basque Country. The first was in the automotive sector, still the region’s single most important industrial area, with the setting up of ACICAE in 1993.

For Derek Doyle, the UK’s consul in Bilbao, the “pioneering” cluster initiative is an example of what he sees as the Basque Country’s different approach. “The model is based on a commitment to industrial activity, to being competitive and keeping ahead.” 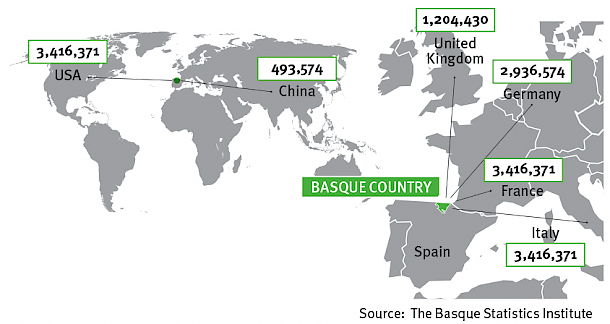 The value of exports by Basque companies reached a record of €21.1 billion in 2011, up 17.9 percent on the previous year, according to Confebask. Led by manufactured and semi-manufactured goods, this volume constituted almost ten percent of all Spanish exports, making the Basque Country the fourth-largest region in terms of exports behind the more populous Madrid, Catalonia and Andalusia. Imports in 2011 reached €17.1 billion, leaving the region with a positive trade balance of almost €4 billion.

Putting innovation on the agenda

The contribution of the industrial sector to the Basque Country’s GDP has fallen from 36 percent 20 years ago to around 26 percent today, a trend the government is keen to reverse. Innovation and specialisation are seen as key to bringing this about, particularly as the Basque Country cannot compete with other economies on price: its per-capita GDP is one of the highest in Europe.

While businesses in the region have grouped together in clusters and carry out their own research, public funding still accounts for around half of all R&D outlay, according to figures from the SPRI business promotion agency. Within SPRI are the BioBasque and nanoBasque agencies, which coordinate developments in bioscience and nanoscience. “We have 20 bioscience companies. With BioBasque, we can compare what they are all doing and work to find synergies,” says SPRI’s managing director, Alexander Arriola.

The Basque Country University (UPV) is the region’s largest, a state-funded institution with campuses in each of the three provinces (Gipuzkoa, Bizkaia and Alava). The UPV, or Euskal Herriko Unibertsitatea, is known, among other things, for offering courses in Euskara, the Basque language.

Deusto is a Catholic university with two campuses, in Bilbao and San Sebastian. The University of Deusto is striving for internationalisation, having signed agreements with more than 200 other universities around the world.

Mondragon University is the youngest of the trio, founded in 1997 thanks to a legislative change in Spain which allowed for the creation of private universities. It sprang from the professional training schools which grew out of the cooperative movement centred around the town of Mondragon. 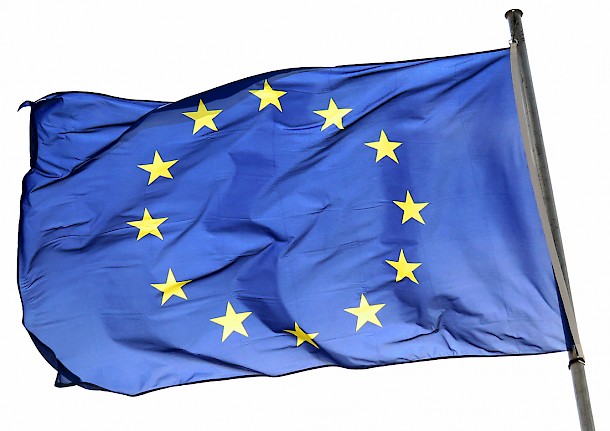 Launched in 2010, Europe 2020 is the European Union’s growth strategy for the current decade. Outgoing European Commission president Jose Manuel Barroso has outlined his desire for the EU to become a “smart, sustainable and inclusive economy”, delivering high levels of employment, productivity and social cohesion. The plan comprises five ambitious objectives on climate and energy, employment, innovation, education and social inclusion to be reached by 2020

Among the more relevant elements of the plan for the Basque Country is that 20 percent of the GDP of each member state should be based on industry. The region’s figure currently stands at 26 percent, compared to less than 17 percent for Spain as a whole. Also, in the area of investment in R&D, the Basque Country is far closer to reaching the target of three percent of GDP than the Spanish state, where science spending has plummeted as a result of austerity policies.

For Alexander Arriola, managing director of the Basque government’s business agency, SPRI, the key is specialisation. “The three top priorities of the Basque Country are bioscience, advanced manufacturing and energy,” he says, adding that smart cities and clean energy are further sectors which, while not economically strategic today, could become future growth areas.