Gipuzkoa’s capital has an illustrious history as a picturesque summer resort. But its cinema and music festivals and thriving food scene have also given it a reputation as an innovative and internationally-minded hub of culture.

"There are few cities in the world so happily situated as San Sebastian,” noted the Irish writer Paddy Woodworth of Gipuzkoa’s capital. Once you have set eyes upon the sweeping bay of La Concha, which is lined by a picturesque beach lapped by the waves of the Bay of Biscay, it’s hard to argue. Inland, meanwhile, the gloriously antiquated hotels and mansions of the city’s old quarter and its neo-Gothic cathedral are a reminder of its longstanding status as one of Spain’s most prized resorts.

But present-day Donostia, as San Sebastian is known by Basques, offers much more than stunning views and charming architecture. The unmistakeable Eduardo Chillida sculpture, ‘The Comb of the Wind’, which perches on the rocks at nearby Ondarreta beach, is a reminder that culture is at the heart of this city.

The annual San Sebastian Film Festival, now over half a century old, has become not just a major supporter of Basque and Spanish cinema, but a genuinely international event and a key stop on the global festival circuit. It has boosted the careers of directors such as Francis Ford Coppola, Joel Cohen, Pedro Almodovar and Danny Boyle by screening and rewarding their work. While relying heavily on independent films, the festival has always prided itself on having Hollywood on speed-dial; this year is no exception, with Denzel Washington the recipient of a lifetime achievement award.

The Horror and Fantasy Film Festival caters to a more niche audience, but spills out of the movie theatres to offer performances on the streets. Meanwhile, the summer jazz festival has built up a formidable reputation, with artists ranging from Ella Fitzgerald to Diana Krall gracing its venues down the years. 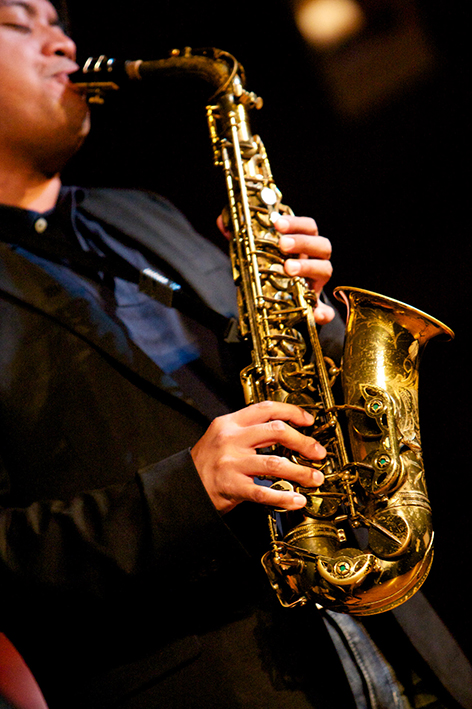 Beyond all that jazz

And yet, according to mayor Juan Karlos Izagirre, there is more to the city’s cultural fabric than this. “San Sebastian is a living city,” he says. “Associating its cultural activity exclusively with the film festival, the jazz festival and the horror festival is a mistake, we think, because, for 185,000 inhabitants, there are 12 cultural centres and immense cultural activity every day of the year.”

He cites initiatives such as Tabakalera, a massive old tobacco factory which is being converted into an international arts centre. Its inauguration is scheduled for 2015. Financed by the Basque regional government, the Gipuzkoan provincial authority and San Sebastian city hall, it has the lofty aim of eventually becoming “a platform for collaborative work between assorted organisations and the general public.”

San Sebastian is enjoying a steady growth in tourism and a two percent rise in 2013 saw the city receive around 500,000 visitors. Just over half of these were foreigners, a growing trend which the city is actively encouraging – plans are currently under way to expand nearby Hondarribia airport and give it international status.

Ensuring San Sebastian has a year-round buzz is important for the city authorities, who are keen to broaden the city’s traditional image as a summer resort and magnet for surfers. Their efforts seem to be paying off, with a gradual increase in low-season visits in 2012 and 2013.

Architects at the Vaumm design firm looked to stacks of bowls and plates for inspiration when designing the Basque Culinary Center building, which won third prize in the Building of the Year award 2011.

Fortunately, gastronomy is immune to the notoriously fickle Basque weather. Chefs such as Juan Mari Arzak, Andoni Luis Aduriz and Martin Berasategui have contributed to the Basque Country’s reputation as one of the finest, most innovative culinary areas in the world. According to a recent ranking, five of the world’s best 50 restaurants were Basque – San Sebastian alone was home to three of those – and the region has the highest concentration of Michelin stars of anywhere in the world. Meanwhile, even the city’s less celebrated bars and restaurants take pride in offering a sumptuous range of pintxos, the Basque tapas, from prawns skewered on eggs to artichoke hearts with ham.

“Spanish cuisine and Basque cuisine have evolved tremendously in the last 15 years or so,” says Joxe Mari Aizega, managing director of the Basque Culinary Center (BCC). “Rather than cook the way their forebears did, today’s chefs are developing new technologies, partnering with artistic projects, and becoming part of a field of knowledge with a cultural side and a technological side.”

The BCC is a response to the increasingly specialised, multi-disciplinary nature of haute cuisine, particularly as Basques understand it. Set up in 2009 and linked to Mondragon University, it trains around 500 students at a time in culinary excellence. Not only is it an educational centre, it is also a research and innovation hub and the venue for food-related events. Meanwhile, its master’s degrees focus on areas such as restaurant and kitchen management and marketing. “Cuisine now has its own Harvard,” was how French newspaper Le Monde put it.

However, despite the swelling prestige of the region’s gastronomy, this is no hotbed of local methods. “We don’t teach Basque cuisine here – unless you specifically sign up for the three-credit course on that subject,” says Aizega. “What students learn here is modern cuisine. Except we teach much more than just cooking. Our goal is not to produce cooks, but to produce head chefs, restaurant managers and food industry leaders. I firmly believe that the future of gastronomy lies in innovation.”

Any visitor who witnesses the festivities of Saint Sebastian, the city’s patron, every 20th January, would be struck by the depth of tradition here. For 24 hours, from the moment the mayor raises the saint’s flag, the air is filled with the sound of drumming, as locals dressed as 19th-century cooks and soldiers parade around in what is known as the “Tamborrada”. The festival is one of many that contribute to the unique character of one of Spain’s most fascinating and lively cities. And yet, San Sebastian is determined to ensure that as well as appreciating its more established attractions, the world discovers a truly 21st-century capital.

The Comb of the wind 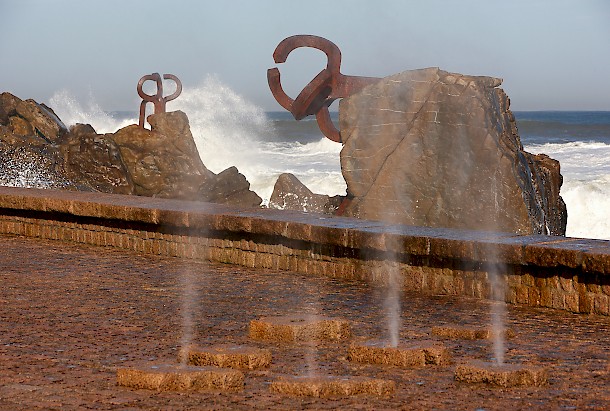 This sculpture by Eduardo Chillida is one of his best known. Embedded into the rock on San Sebastian’s La Concha Bay, its three steel pincers “comb” the wind thrust up as the waves of the Cantabrian sea batter the coast.

San Sebastian offers an extensive calendar of events to suit all tastes. From the world-renowned International Film Festival to International Jazz Festival or even the Horror and Fantasy Film Festival, it is easy to see why this city was named European Capital of Culture 2016.

In 2016, the Basque city will share the title of European Capital of Culture with Wroclaw in Poland. Under the slogan “Waves of energy”, San Sebastian hopes to use the opportunity to show that “ways of understanding and practicing culture must change, and that this change must come from people and their civic commitment.”