Slovakia took the reins of the Council of the European Union last June at its most turbulent moment with a surging migration crisis and the surprise Brexit decision. Despite the turmoil, Slovakia steered the union through difficult times, securing landmark agreements.

Slovakia, a European Union (EU) member state since 2004, assumed the rotating presidency of the Council of the EU in July 2016, with bold plans for deepening the economic monetary union, expanding the single market and better communicating the European ideal to citizens. Faced with the unprecedented challenges of the UK’s surprise decision to leave the EU and an ever-worsening migration crisis spurred by the Syrian civil war, the Slovak leadership leaves behind a legacy of important trade and environment deals from a presidency widely heralded as a success.

“Brexit is an opportunity to reimagine a new project”

Key achievements in the trade and investment arena include the adoption of a proposal to extend the European Fund for Strategic Investment, also known as the Juncker Plan, which will mobilise financing of at least half a trillion euros by 2020, providing a significant stimulus to small- and medium-size companies. Slovakia’s six months at the helm also coincided with a boost to EU business opportunities with Canada as the Council adopted a decision to sign a trade agreement to remove 99% of tariffs between the two economies.

The Slovak presidency oversaw the ratification of the Paris Agreement on climate change, which commits countries to adopt measures to keep global temperature rises below 2°C and ideally no more than 1.5°C. In another key environment deal, Slovakia agreed to draft legislation with the European Parliament to limit mercury use, a highly toxic pollutant that presents a major health risk.

While one of Slovakia’s policy priorities, EU enlargement, failed to make headway, the Council did agree to grant Georgian nationals visa-free travel to Schengen countries as part of its Eastern Partnership strategy, which seeks to ensure stability in countries east of the EU. 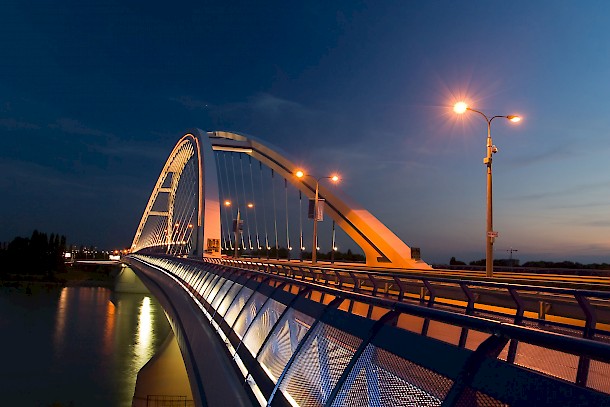 The capital’s Apollo Bridge was opened in 2005. Photo: SARIO

Slovakia took over the Council presidency just days after the UK’s shock decision to leave the EU, which plunged the European ideal into crisis and brought a new set of challenges and opportunities to the UK-Slovak relationship. Prime among Slovakia’s concerns is the fate of the around 90,000 of its citizens living and working in the UK. Slovak Prime Minister Robert Fico has warned Britain that he will not hesitate to block any future trade accord that threatens the key EU principle of free movement of workers, but his UK counterpart Theresa May has yet to provide any guarantees.

What was clear during May’s meeting with Prime Minister Fico in Bratislava last July was the importance of trade links between the two nations.

“The trade and investment between our two countries is flourishing,” said May after the meeting. “It matters to both of us that we maintain the closest possible economic relationship once the UK has left the European Union.”

Echoing May’s comments, Prime Minister Fico said, “I think this is an opportunity for both sides to reimagine and redesign a new project of mutual relations, a project that will be equally attractive both to the citizens of the United Kingdom and the European Union.”

“The presidency was a unique opportunity for our country to present itself in the EU and beyond.”

Slovakia is already an important business partner for the UK, with bilateral trade worth £2.37 billion in 2014 and the presence of over 100 British-owned companies including Tesco and GlaxoSmithKline in the country.

Relations stepped up a gear in 2015 when Jaguar Land Rover announced plans to invest £1 billion in a new plant in Nitra, western Slovakia, the largest investment in the EU in the last seven years. The new plant will produce around 150,000 vehicles a year and employ 2,800 workers directly as well as creating thousands of other supply chain-related jobs.

“I believe that based on Jaguar Land Rover’s experience, Slovakia will attract more and more British investors in the future, not only in the automotive but also in other sectors,” says Slovak Economy Minister Peter Ziga.

The Slovak economy is one of the fastest-growing in the EU, and a series of structural changes undertaken since the country’s adoption of the euro in 2009 has ensured that it “is on an even footing and the structure of growth is good,” says Finance Minister Peter Kazimir.

Industry forms the backbone of the country’s economy with the €24.4 billion automotive sector the jewel in the crown. Slovakia is home to Kia Motors, Volkswagen, PSA Peugeot Citroën and Jaguar Land Rover, and the industry employs around 80,000 people directly and 200,000 indirectly in the supply chain.

Aside from the automotive sector, the economy depends on three other pillars: electronics – Samsung has factories there – steel and chemicals. Slovakia is also looking to further expand the research and development sector, an industry that has grown 15% over the past few years, mainly because of the quality of the Slovak workforce, says SARIO head Simoncic.

Investing in Slovakia is already an attractive proposition given the country’s 33rd place in the World Bank’s latest Doing Business report, its highly qualified workforce and its stable legislative and political environment. In 2015, the government also introduced a new tax incentive for companies looking to set up innovation-related projects. A recent government survey found that 90% of existing investors would invest in Slovakia again.

The country hosted thousands of EU officials at the Bratislava summit last September, which was aimed at charting the post-Brexit future of the 27-state union, creating significant visibility for Slovakia and its business opportunities.

Slovakia is deeply committed to the European project and its successful six months at the helm “completes the journey of my country as a member state, because a country that has not experienced the presidency on its own has not seen everything in the EU from the inside,” says State Secretary Korcok. 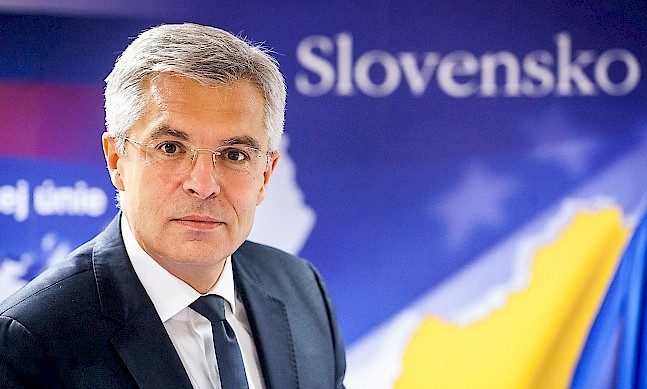 MORE INVESTMENT
Slovakia’s presidency oversaw the extension of the Juncker Plan, which will mobilise investments of at least half a trillion euros by 2020.

CURBING CLIMATE CHANGE
The presidency handled the ratification of the Paris Agreement, an essential step towards reducing emissions and preventing further global warming.

CHARTING THE FUTURE
Slovakia hosted the Bratislava sum-mit, a crucial meeting that helped chart the post-Brexit future of the 27-state EU.

CENTRE STAGE
Slovakia’s presidency of the Council of the EU threw open the country’s doors to Europe and beyond, showcasing its many busi-ness opportunities.