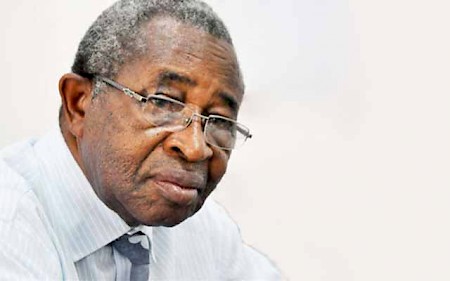 With a favorable climate and fertile soils, Uganda has the potential to become Africa’s breadbasket. Tress Bucyanayandi, whose agricultural and food industry experience spans five decades, has been the country’s agricultural minister since 2011. He spoke to The Report Company about the current focus for the sector.

The Report Company: How has the Ugandan agricultural sector performed in recent years?

Tress Bucyanayandi: Agriculture has been rising in the last few years. In terms of contribution to GDP, last year the sector contributed 21 percent. We are now at 26 percent. In terms of poverty reduction, agriculture is the lead sector, and we are close to realizing an income of $7,000 per year per household. We are pleased with these results, but we are also looking at what we could do better.

TRC: The Ugandan government has recently signed a new framework with the Food and Agriculture Organization (FAO). What collaboration exists there?

TB: The FAO has been working with us in a number of areas, including implementing projects on climate change and value addition. They have provided some materials to some of our communities to improve agriculture and they are providing small on-farm factories for processing. They are also involved in extension work, farmer education and training in areas such as climate change resilience.

TRC: What opportunities are there for value addition in agriculture?

TB: We already carry out some processing, for example coffee is processed at the point of producing the green beans, but we are not creating the final product. That is a problem. We now wish to add value to some things but there is competition to get there because the multinationals got there before us. They set up their networks and value chains, so the real value addition is done in Europe and America and we now have to compete with them.

We want to add value to the goods such as finished cotton, but it takes time. We are not there yet. We have two factories in Uganda but they are not using much of the cotton we are producing. Much of the processing is agricultural-based and we would have wanted to do more but we didn’t have the capacity, the money or the knowledge and that is why we are depending on foreigners to come and add value.

Over time, we have attained development in most of the sectors that were run down during the bad times before our president came to power. We have created a conducive environment for the private sector and for investment and now policies have been put in place, as has the infrastructure, so that people can now come to invest. We expect to see the sector move forward and we expect to see more value addition being done here in Uganda as we now have the access that we didn’t have previously.

TRC: What crops are important to Uganda, and what role do you see genetically modified organisms playing in the sector?

We are practicing organic farming, not really by design but because it is what we can afford for now. We understand and we know that we could increase production and productivity by using certain products, such as improved seed or special fertilizer, and that these are issues that are essential in productivity. You cannot move away from science if you want to advance. Knowledge is required. We are already using our own scientists in our farming, doing things such as fortifying beans and extracting genes in peppers and bananas and controlling some banana diseases. This is already, I suppose, a form of genetic engineering, but it has been homegrown. Our own scientists have the capacity and they are doing it and that is important.

“There are chunks of land just sitting there so investors can come in and go into large-scale cultivation.”

TRC: What are the needs of Uganda’s agricultural sector in terms of innovations?

TB: We want to improve our animals with improved feed. We have got natural pastures which we can clean by taking out bad weeds and bad shrubs. We would want to see manufacturing play a role, too, in using the byproducts from maize or cotton that would otherwise not be consumed.

We want to start using improved seed. We need more fertilizer because we are not producing enough. Fortunately, this country has the natural resources required to manufacture fertilizer.

We also need irrigation to mitigate against dry weather caused by climate change. This is something we can do gradually, because fundamentally rainfall is still good in Uganda.

Beatrice Byarugaba, Commissioner of Crop Production and Marketing: Another area where Uganda needs investment is in service handling. Sometimes, we have a good harvest but because of the lack of storage we get losses. Therefore, we are looking for investment in this area to build warehouses that can aggregate and store and help us in trading.

TRC: Where else do you see opportunities for investment?

TB: We are encouraging farmers to go into aquiculture, either by putting cages on the water or by digging pools and ponds but in that area we are still short of feed for the fish.

BB: We are already producing a surplus in certain priority crops. In the area of rice, Kenya alone has a huge demand of 400,000 metric tons of rice which they are importing from Asia, so if we can improve in this area and promote rice, then we can sell it to our neighbors. We are working on our irrigation schemes to produce rice so now we are able to sustainably supply our demand.

TB: I would invite and persuade international investors into agriculture in three areas. The first would be in wholesale production, processing and value addition as an entry point. The second area would be to come in, set up machinery and buy the produce from the farmer and add value to that produce. The third area would be to enter into the service industry, producing fertilizer or chemicals. Agriculture is wide and you can enter into it by any of those avenues.

BB: We are seeing a lot of demand for agricultural machinery. We have potential, especially in the northern region, and there are chunks of land just sitting there so investors can come in and go into large-scale cultivation. There is a lot of potential in fisheries and in poultry, and if you can link this together with grain production you can use the byproducts to make feed. That is the kind of cycle we are looking to create.